7. Overcome fear of failure, be bold, and try new things 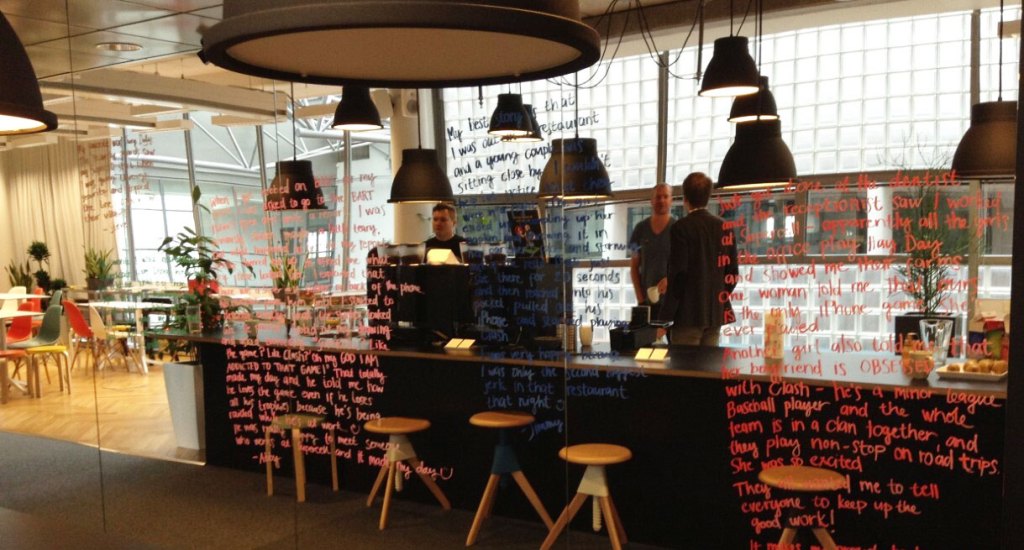 Above: Writings on the glass at Supercell headquarters.

Paananen said that the company’s biggest successes were never obvious at the beginning of those projects.

Each of Supercell’s three most recent releases (Boom Beach, Clash Royale and Brawl Stars) faced skepticism internally in their early days. In the case of Brawl Stars, the game spent a very long time in development and in beta before the team decided to release it.

Many Supercellians had mixed feelings about the art style and controls, and even whether Brawl was “a Supercell game” to begin with. But the team kept working hard to improve the game, making massive changes to the game in beta and launched it after seeing the positive feedback from the community.

“In short, I guess we’ve learned over the years that we really do not know much!,” Paananen said. “Much of what we do is really making educated guesses and ultimately trying things out. …  I have come to realize that instead we just have super-talented people that care a lot  about what they do, coupled with the freedom and independence of the company (which is key), this gives those people the best chance to make great things.”

“One of the practical things we do to enforce this is by celebrating the learnings that come from our failures,” he said. “One of my favorite days at Supercell was the all hands Friday update a few years ago where one of the game leads talked about the learnings from killing a game and our marketing team shared a retrospective on a failed campaign where we lost a huge amount of money which led to the first negative month in a very long time at Supercell. I was so proud of these people who were brutally honest in front of everyone about what had gone wrong. That ensured that the entire company learned a lot from their experiences. It is these moments that make our culture stronger.”

My take: Wow. On that last example, this is where companies that haven’t been as successful as Supercell will not have the same willpower, because if those other companies make a bad guess, their whole company can sink. This means this rule should only be in effect if you have small teams, not big ones. Can you imagine what you would feel like if you ran a huge team and guessed wrong?

8. Resist the temptation to create processes and rules

Paananen said that humans have a tendency to try to control situations.

“Most of us feel safer when we feel we are in control,” he said. “In companies, to make us feel this way, we like to establish rules or processes. This happens particularly after we’ve made a mistake. ‘Let’s make sure we don’t make that mistake again! So here’s a new rule. …'”

He said Supercell has found this approach to be problematic. Rules that made sense back in the day usually don’t make sense today, because something has changed since the rule was originally created, he said. People may also have a tendency to do what the process says, not necessarily what makes sense.

As an example, many years ago, the company instituted a rule that all new games had three months to get to a playable version, because the company wanted new games to get to a proof of concept more quickly. Developers then started to game the system by starting earlier without telling anyone to make sure they could get to playable within that time frame.

This created an unhealthy environment where developers were trying to get around the “rules” vs focusing on making the best game possible. Also, applying one rule to all games didn’t make sense because some games needed six weeks to get to a playable and others needed six months. It took a while to remove the role and return to trusting teams.

My take: This learning shows wonderful flexibility in thinking, where the company realized it had a bad rule and dispensed with it when it saw the unintended consequence of it. And this rule of resisting this temptation to create rules probably squashes the ill-conceived notion that your company can be the next Supercell by simply copying its rules. Rules are made to be broken, and they won’t lead you to greatness. This is a bit circular. It’s important to take stock of the last 10 years and write down the lessons but to not believe in those lessons too blindly. But it’s a reminder the world has only one Supercell, and Supercell’s rules are good for Supercell alone.

9. Traditional goal setting does not work in a culture of independent cells

Supercell used to set annual goals for the company. All of the leads participated, spending weeks on figuring out the five most important goals for the year. When they agreed on the goals, they published them. But most team members forgot the goals, or they were not relevant to their small teams. If the teams simply stuck to their primary goal of making games people play forever, then they would be meeting all of the company’s goals.

So Supercell decided to dispense with the goal-setting process. It let teams set their own goals, which made the teams pause and think about their mid-term and long-term goals more. The teams talk about those goals with the rest of the company a couple of times a year.

“Every year, we try to get closer to this dream within the restrictions set by our short term goals and budgets. These days we simply let the teams set their own goals within this framework,” Paananen said.

My take: It makes sense. If you want your small teams to be truly independent, you have to give them full independence, which comes with the right to make their own goals and to fail on their own.

10. Write down your values and define your culture (and revise them) 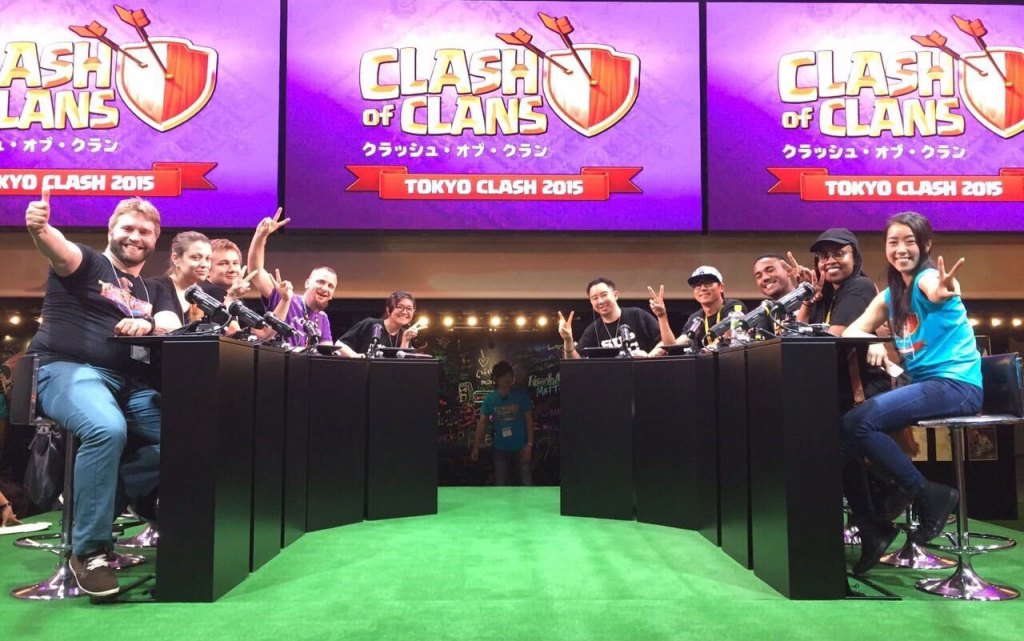 Paananen confessed that it took him too long to write down and define the company’s values and culture. Now he’s done it. Better late than never. And apparently the absence of this document didn’t hurt the company.

“Supercell had six founders and I feel that we all had complete clarity between us six what the culture we wanted to build was all about. But, it took me almost two years and growing to a team of 40 to write the culture down,” Paananen said. “I didn’t do it sooner partly because putting together a memo or culture deck sounded like a very corporate thing to do, but mostly because I was just so busy doing other stuff (that felt more important and urgent at the time).”

What triggered him to do it was a meeting where someone was talking about “responsibility” (one of our values) but clearly this person had a completely different way to think about it than what Paananen thought was meant by “responsibility” when the founders started.

“This was a huge wake-up call for me. So what I did was that I met with every single Supercellian individually, in an effort to figure out what they thought the values were,” he said. “Then I summarized and wrote them down in a few slides, making sure they were consistent with the company we wanted to build.”

It took time but it was worth it. Now the company’s three-person leadership team meets with every single team and talks about culture and how to revise the written version of it. Paananen’s final learning, borrowed from an employee, was that everyone should enjoy the ride and find people that inspire you to be better at what you do and make you a better person.

My take: It’s good of Paananen to share this around the world, as I’m sure he’ll get some useful feedback. I’d be very interested to know if Supercell takes polls of its 328 employees and if everyone else agrees with these as much as Paananen does. That would an interesting test for his intuition.

I think it is notable that he doesn’t mention the pandemic. And that seems fitting. Great companies don’t change what they’re doing or thinking when a crisis comes along. They adapt to the crisis, but they don’t change their identity because they’ve already thought long and hard about who they are.