If you’ve been playing online games or doing a lot of Zoom calls during the pandemic, chances are you’ll need a good headset. And these aren’t easy to find as you may think.

And that’s the opportunity at hand for Turtle Beach, the San Diego, California-based maker of gaming accessories such as headsets, mice, keyboards, and other peripherals.

Turtle Beach CEO Juergen Stark said in an interview with GamesBeat that gamers hunkering down are making sure they have good equipment. Add to that the popularity of battle royale games like Call of Duty: Warzone, which require quality headsets with good microphones, as well as the need to talk to people on business video calls, and you have a kind of perfect storm, Stark said.

Market researcher NPD said March sales grew 12% to a historic level from a year earlier for gaming accessories, and they found that Turtle Beach had the No. 1 headset again in March, with the Xbox One Ear Force Stealth 600 Wireless Headset.

I talked to Stark about this trend after the company reported its results for the first quarter ended March 31. Revenues in the quarter were $35 million, with a net loss of $3.6 million. Stark said that Turtle Beach recently acquired Roccat to boost its accessories business, and the company has been investing heavily in R&D to develop new lines of business.

Still, Stark said that the coronavirus-related growth prompted the company to upgrade its estimates for second-quarter results to a revenue range of $42 million to $47 million in sales. The company also upgraded full-year revenues estimates to be $224 million to $234 million. That means that Stark expects a real boost because of the trends we mentioned, and he expects to continue to be the No. 1 player in market share for gaming headsets for the U.S. market. 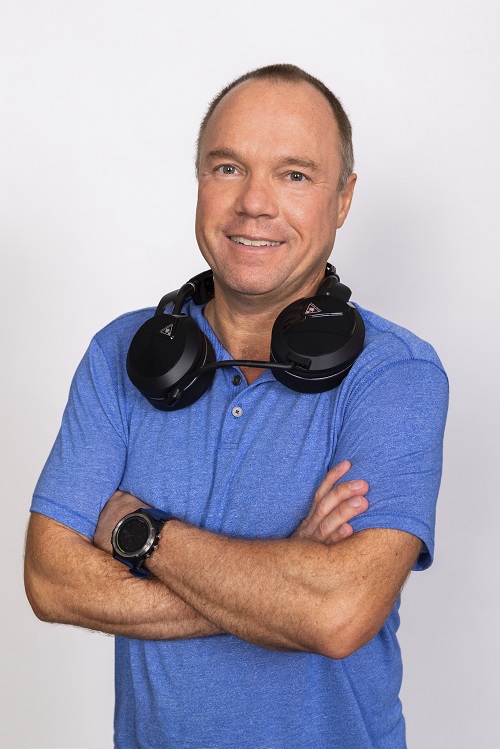 Above: Juergen Stark is CEO of Turtle Beach.

Juergen Stark: January and February were down year-over-year for the whole market. The market in March shot up 39% year-over-year. This is using U.S. console headset sales data. We shot up more than 50%, because we also gained more than 500 basis points of share in March. Demand, in a way we’ve never seen in the past, even during the Fortnite year, just went through the roof.

GamesBeat: For this quarter, was it just the last two weeks of March that were affected by higher demand, or was it more like the whole quarter?

GamesBeat: Is this shifting almost entirely to digital sales for you, versus brick-and-mortar?

Stark: No, it’s still a lot of retail sales. Walmart and Target have largely remained open, and they’re big customers of ours. Best Buy and GameStop, although it took GameStop a little longer, they both shifted to touchless pickup. And then obviously everyone has increased, including our own website, e-commerce sales significantly.

We’re surprised at how quickly and how well retail has adjusted to, in some cases, closed doors and all these social distancing measures. March this year was the highest March sales of console gaming headsets in the U.S. in history, even higher than the March during the Fortnite year, despite all of the constraints at retail.

GamesBeat: It looks like there’s a challenge here because you still have a net loss on the quarter. You’re projecting a net loss for the whole year as well. It feels like that’s a little inconsistent. You have this great demand, but still a forecast for losing money?

Stark: We’re investing about $9 million this year to drive our entry into PC gaming accessories. Expanding the portfolio and driving the Roccat brand. We’re investing for future growth. That’s going very well. If we didn’t have that, then net income would be positive this year. That’s the reason for it. Even now, with the increase, the higher end of our guidance range has us in positive profitability. It’s not inconsistent. It’s like other companies that are investing to grow in the future.

GamesBeat: Is the business still a pretty competitive one?

Stark: It’s always been competitive. We’ve led our category for more than 10 years. We have higher market share than the next three players combined in console headsets. Despite that, we’ve even grown share in March, as I mentioned. 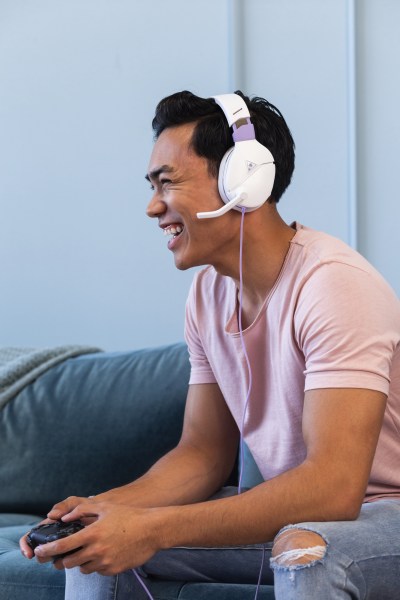 Above: Gaming headsets are in high demand.

GamesBeat: Was that referencing U.S. retail?

GamesBeat: Are you expecting more changes in market share happening in Q2, or for the year?

Stark: Typically we’ve been above 40% in market share for many years. Last year our market share was well into the 40s. We gained some share in March here. I expect that our share performance will be quite good in April. That will probably flow through to what will, again, be good share performance for the year. Whether our share is up or down a few percent for the year, I think the most important thing is that we’re in the 40s, and the next closest competitor is in the high teens. We’re so far ahead of everyone else, whether we go up and down a few percentage points, it affects our revenues, but it doesn’t affect the fact that we’re by far the leading player and have been for more than 10 years.

GamesBeat: Do you feel like people are replacing headsets that didn’t work, or are they just getting them for the first time? Are they using them for work? What’s some of the user feedback you’re hearing?

Stark: It’s a bit hard to judge, but I would say that given the strong increase in demand, it’s coming from all of the above. It’s typically less headsets that don’t work or break. What happens is people upgrading their headsets, getting the next better one. Moving up from earbuds or a passive headset to an amplified headset, or from an amplified headset to a wireless headset. One thing we’ve always done well is — almost in $20 increments, you can get a lot more functionality. The upgrading of headsets among the active installed base of users has always been the primary driver of market sales every year. It’s not new gamers.

Now, in this environment there might actually be some new gamers who are coming in, or new headset users. Nintendo’s Animal Crossing, for example, has voice chat. That could be attracting headset users. The other thing is that we’ve seen guidance for not sharing headsets. It’s also possible that kids in a home where they were sharing a headset are now wanting to get their own headsets. That could be one of the drivers. And then the last thing is, we’ve definitely heard anecdotally that people are actively using our gaming headsets for their at-home learning, videoconferencing with teachers, and working from home.

GamesBeat: When it comes to the kind of gear they’re getting, are microphones a priority as well, versus just headphones?

Stark: We sell headsets, as opposed to headphones. All of our headsets come with mics. They’re being used for two-way communication, which is why they work well with Zoom and that stuff, which has also taken off in the last month and a half here.