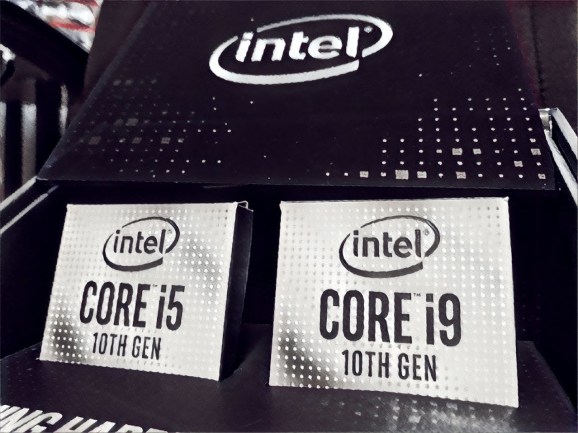 One thing you’ll hear a lot about the Intel Core i9-10900K is that it’s still better than anything from AMD for gaming. Or, at least, it’s faster. If you ask why, people will say that Core CPUs have better single-threaded performance than Ryzen CPUs. The conversation usually stops at this point, but it shouldn’t. It’s important to follow up with why Intel can manage better performance on a single core. And the answer to that is impressive engineering. The $488 Core i9-10900K is evidence of that strength, and it’s why Intel isn’t out of this fight.

I got my i9-10900K only yesterday, so I haven’t had the time to run a full battery of tests. But I did get the new CPU up and running enough to get a decent idea of its capabilities. So this isn’t a detailed review as much as it is a gut-check reaction to Intel’s latest swing back at AMD.

Here are the hard facts from Intel for the high-end 10th-gen lineup of Core processors:

Maybe the more important detail, though, is that Intel is still building CPUs on the 14nm process. It has used that since 2015, and it is struggling to move on. Meanwhile, AMD has moved on to a much more energy efficient 7nm. Motion is relative, and AMD’s gains are coming just as much from Intel’s stasis as from AMD’s advancements.

But is that actually important? Should anyone using these chips care about 7nm or 14nm? Probably not. It definitely has ramifications on heat and power, but the reasons you would buy Intel’s best gaming CPU haven’t changed in years. And this is still the fastest gaming CPU.

For all the ways that AMD has caught up to and surpassed Intel, the gaming crown still belongs to the latter. The reason for that comes down to Intel engineers finding ways to get higher and higher clock speeds from its processors.

AMD and Intel have roughly equivalent instructions per clock (IPC) at this point. This is how many calculations all of those transistors can process per megahertz. And Intel has put a serious amount of time and money into getting its processors to run at extremely high clock speeds without sacrificing stability.

The i9-10900K exemplifies this. It can boost up to 5.3GHz on a single core, or 4.9GHz on all cores. In the few tests I was running at stock settings, it was regularly running in that 4.9-to-5.3GHz range. The competing Ryzen 9 3900X has a listed max boost clock of 4.6GHz, but it is less likely to run at that speed for an extended period of time.

Break all of those numbers down, and the 10900K is every bit the gaming beast Intel claimed.

Most games still rely on single-threaded performance, and the 10900K dominates in this aspect. And even as games begin using more cores and threads, the i9 chip has more than enough for those loads as well.

The same catch as last time

As impressive as Intel’s engineering and games performance is, we should sprinkle some reality on all of this.

The Intel Core i9-10900K is the gaming king. That’s the end of the sentence. Those benefits over the Ryzen 9 3900X are real. But the advantage also shrinks as you turn up the resolution and put more work onto your GPU. The 10900K will still draw slightly more frames per second than the 3900X even at 4K, but the gap shrinks to the point where it’s more difficult to notice.

When it comes to almost any other workload, however, the 3900X comes out ahead of the 10900K. And it should with two more cores and four more threads. The good news here for Intel is that the 10900K seems competitive for production. It never beats the 3900X, but Intel has closed the gap itself.

But what this all comes down to is exactly what I said about the Core i9-9900K. If you prioritize gaming over everything else and want the absolute best rig possible for that, then go with Intel. If you want a workstation that is great for games after a day of running production tools, go with AMD. Where things have changed slightly since the 9900K is for those edge cases. If you mostly play games but want to do some streaming or occasional video editing, I would probably still recommend the 3900X — especially if it remains more affordable. But I wouldn’t try to stop you from going with a 10900K either.

The story of the 10900K is really more about Intel’s future. As much as the company has struggled to get to a 10nm process, it’s not going to forget all of the engineering advancements that wrung so much power out of its current-gen tech. That’s going to serve it well as it continues to battle AMD. And I’m sure AMD knows that.