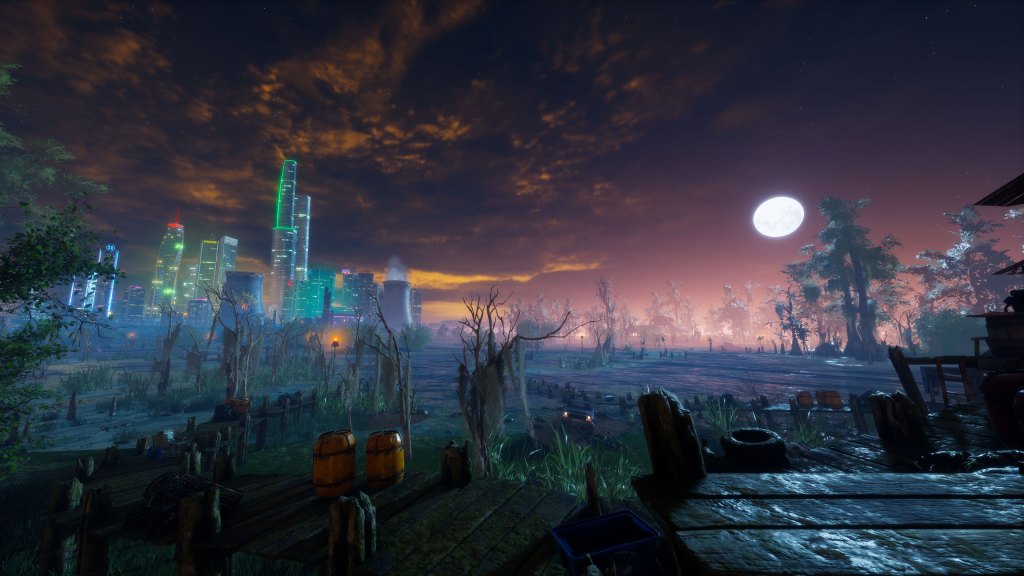 Above: Born on the bayou.

GamesBeat: What’s interesting about all three of those is they’re actual methods sharks use to hunt. Was that also part of why you settled on those three archetypes?

Gibson: That was part of it, especially with — we looked at nature and oceanic life as a whole for inspiration for some of these things. Even when the shark is not evolved, it’s a bull shark, but it’s a special bull shark. You look at the tail whip attack. Thresher sharks really do that. We took elements from the thresher shark and gave our shark a bit of that tail, so it can do some of those things that real sharks do.

GamesBeat: To get more serious for a second, sharks definitely are a threatened species, many different kinds of sharks. Did you have any conservation message behind this, or was this just “This sounds fun. Let’s do it?”

Gibson: I think it started out with “Let’s have fun. Let’s do it.” But as you’re working on something like this, you do a lot of research on what’s going on in the world with the animals in the game, particularly the sharks. One thing we learned about right away is shark-finning, and how humans just cut the fins off of sharks and throw them back in the ocean to die. They don’t even take the rest of the meat. They just make shark fin soup. We ended up using that in one of our trailers, with an infographic that shows that humans kill millions of sharks per year, and less than five humans are killed by sharks in a year. We built on that concept in our motivations for the player shark, in that they’re not just an evil shark that’s going out and attacking humans. The water is their natural habitat, and the overpopulation of humans is impinging on where they live. It almost has an element of Europeans coming to North America and taking land from Native Americans. This is my land, and I’m going to reduce the population of humans so that I can live in the way I was meant to live.

GamesBeat: Do you think that message that sharks are endangered comes through in Maneater?

GamesBeat: Has Tripwire considered doing any sort of donation of profits to charity should Maneater do well?

Gibson: We’ve considered that, and we may do some of that. I don’t think we want to message that on the surface, mainly because it comes across as a cash grab. Buy our game and we’ll donate for sharks. We want this to be: Buy our game because you want to play it, and Tripwire does a lot of charity things already. I feel like we’re pretty socially conscious. We just don’t want to link the two things together.