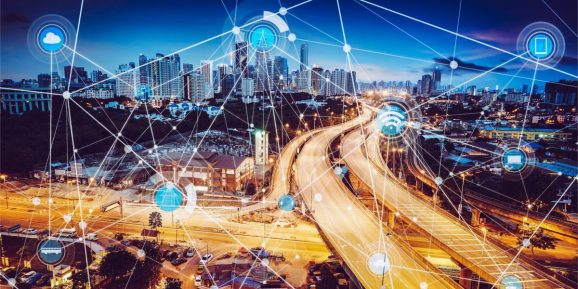 Artificial intelligence promises to rapidly solve puzzles that would stump the most agile human brains, so the U.S. government is funding a project that will put AI’s potential to the test. Today, the Platforms for Advanced Wireless Research (PAWR) announced that it has received U.S. Department of Defense funding to test a city-scale AI system that will enable multiple companies to share the same 5G cellular spectrum — a complex puzzle with pieces that change every millisecond.

Described as the “mother’s milk” of wireless technology, cellular radio spectrum is either licensed in blocks to specific companies for narrow geographies or shared between multiple companies subject to stringent restrictions. Just like FM radio, where WNYC-FM has exclusive all-day broadcasting rights across New York City on 93.9 FM, cellular licensees such as AT&T, Verizon, and T-Mobile hold exclusive rights to multiple radio frequencies for phone broadcasts across most U.S. cities. But PAWR’s project could let two companies share the same 180kHz block of spectrum, using AI to determine the optimal use of that spectrum each millisecond.

The spectrum optimization AI technology is called the Zylinium Spectrum Exchange, developed within an emulation environment by Zylinium Research for DARPA’s Spectrum Collaboration Challenge, an initiative designed to maximize the use of finite wireless spectrum using real-time computer processing. With assistance from PAWR and the University of Utah, Zylinium will move the AI to a city-scale 5G wireless testbed site in Salt Lake City, first using DoD funding to develop a 5G software profile for the Spectrum Exchange, then onboarding the AI engine to the testbed later this year.

Once deployed, the project will help manage Salt Lake City’s Citizens Broadband Radio Service (CBRS) 3.5GHz 5G spectrum, but work in tandem with existing spectrum access systems rather than replace them. Since CBRS offers different levels of prioritization to incumbent users, priority access users, and general access users, the Zylinium Spectrum Exchange will be used to improve spectrum sharing within each tier. For instance, AI might enable measurement of 3.5GHz spectrum usage by common Verizon and AT&T phones within parts of the city, dynamically distributing spectrum each millisecond to each carrier’s devices as needed. Over time, the Spectrum Exchange could expand to other cities, and PAWR expects that other researchers will be able to use Zylinium’s 5G software profile to access the Salt Lake City testbed.

Today’s announcement is especially interesting given that only a month has passed since Northeastern University researchers published research on how deep learning could be used for 5G spectrum optimization — a concept that seemed theoretical at the time. Yet PAWR is led by Northeastern University and smart city nonprofit US Ignite, with backing from the National Science Foundation and over 30 industry partners, so real-world deployments could be much closer to happening than initially expected. The group plans to deploy at least four advanced wireless testbeds, including POWDER in Salt Lake City, COSMOS in New York City, and AERPAW in the airspace above North Carolina’s Research Triangle, each designed to accelerate research and commercialization of wireless technologies.