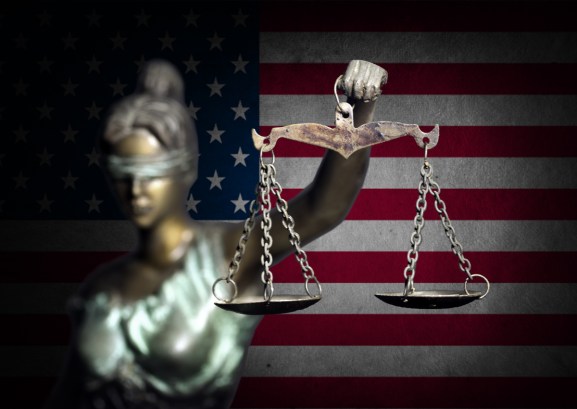 The American Civil Liberties Union (ACLU) and a group of organizations filed a lawsuit against Clearview AI today in an Illinois court alleging privacy and safety violations and asserting that Clearview “will end privacy as we know it if it isn’t stopped.” According to ACLU vs Clearview AI court filings, the startup violated the Illinois Biometric Information Privacy Act, or BIPA, to create its facial recognition system.

“If allowed, Clearview will destroy our rights to anonymity and privacy — and the safety and security that both bring. People can change their names and addresses to shield their whereabouts and identities from individuals who seek to harm them, but they can’t change their faces,” the ACLU said in a statement accompanying the lawsuit.

The court filing goes on to call facial recognition in general technology that poses a severe risk to privacy and safety. The ACLU has been a direct supporter of a string of facial recognition bans put into effect last year in cities like San Francisco and Somerville, Massachusetts near Boston.

“The capture and storage of faceprints leaves people vulnerable to data breaches and identity theft,” the filing reads. “It can also lead to unwanted tracking and invasive surveillance by making it possible to instantaneously identify everyone at a protest or political rally, a house of worship, a domestic violence shelter, an Alcoholics Anonymous meeting, and more. And, because the common link is an individual’s face, a faceprint can also be used to aggregate countless additional facts about them, gathered from social media and professional profiles, photos posted by others, and government IDs.”

Clearview AI has been a target of privacy advocates since January when the New York Times reported a story with the headline “The Secretive Company That Might End Privacy As We Know It.” The story alleges that Clearview AI scraped more than 3 billion images from social media websites and the web without people’s consent to train its facial recognition system. Clearview has previously claimed its data gathering methods are protected by the First Amendment of the U.S. Constitution. A data breach in February also called Clearview AI’s data security practices into question, and company security practices can result in a BIPA violation.

Clearview AI has attracted controversy for reasons beyond data privacy. Huffington Post reporting in April revealed connections between CEO Hoan Ton-That and a number of white supremacists, far-right groups, and Trump-affiliated elites. Earlier this month, Clearview AI pledged to sell its tech exclusively to government and law enforcement agencies following BuzzFeed News reporting in February that found Clearview works with thousands of organizations around the world, including companies like Macy’s and Best Buy.

In other biometric data collection news, BIPA was also used to file a lawsuit last October against Amazon’s Alexa for recording voice data. Illinois lawmakers nearly passed a bill last year requiring consent before recording people who speak with devices like Echo smart speakers, but that effort seemed to fall apart following interference by the Internet Association, a group associated with tech giants like Amazon and Google.