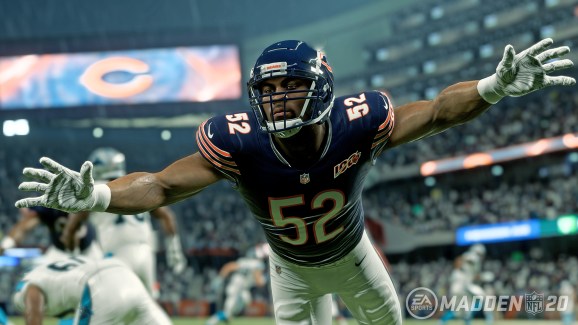 Madden topped one of the slowest August months on record.

Electronic Arts said it is postponing its announcement about Madden NFL 21 for Monday due to the protests happening in American cities.

This coming week was the beginning of many game announcements that were previously scheduled for the Electronic Entertainment Expo (E3), but the announcement from the Madden NFL 20 account on Twitter suggests that the nation may be too focused on the protests ignited by the death of African-American George Floyd at the hands of Minneapolis police officer Derek Chauvin, who has been arrested.

EA did not set a new date for the postponed event.

The unrest has continued in Minneapolis and the other U.S. cities for five days, and if it does continue, I think we can expect that more of these events will be postponed. Sony has a PlayStation 5 reveal event scheduled for June 4. The game industry has had to cancel or postpone numerous events during the pandemic, but this is the first related to the U.S. protests and to what some are calling the “racism virus” in the U.S.

If the turmoil continues and more events have to be postponed, more of the best-laid plans of game publishers and marketers will be thrown into disarray. In an email, an EA spokesman said the company has nothing else to reveal at this time.