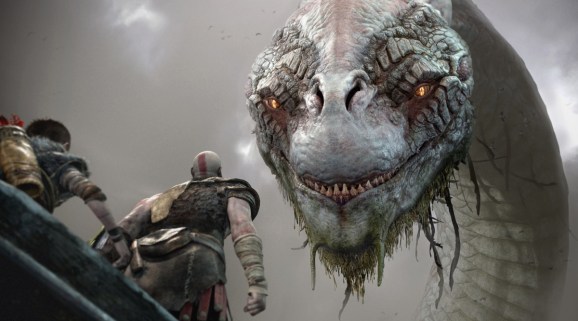 Here's my sage advice for you.

Big-name blockbuster exclusive video games are crucial to any platform or ecosystem. But are they the most important determining factor in the success of a console, like the upcoming PlayStation 5 or Xbox Series X? The common wisdom is that they do indeed have the biggest effect on profitability and popularity. The PlayStation 4 had better exclusives and therefore it beat the Xbox One — case closed. But I’m not convinced. Let me explain why.

To be clear, I absolutely acknowledge that exclusive content is important. That’s obvious. Just look at what’s happening across all of media. HBO Max bought Friends away from Netflix. Spotify acquired exclusive rights to the Joe Rogan podcast. Mixer is paying millions of dollars to livestreamers to keep them off of Twitch. Those deals happen because “content is king.” Nintendo wouldn’t matter without exclusive Nintendo games.

So then if content is important, what do I mean when I say we overestimate the value of the console exclusive. Well, what I mean is that video games are slightly different than television, podcasts, and livestreaming. And it’s often closer to recreational sports in the way that people approach it as a leisure activity. So while exclusives are crucial, they are not the only way to find success in the video game space.

‘How can you say exclusives don’t matter?’

I’m not saying that. I’m repeating myself, but I know what’s going to happen. Most people are going to skim this and then come at me with arguments of why exclusives do matter. They do matter, but I think most people overemphasize their value.

I will never deny that exclusives are the reason many people choose one console over the other. What I will question is the inherent value of that kind of gamer to Microsoft, Sony, and Nintendo.

Let’s say you bought a PlayStation 4 for exclusive first-party Sony games. And those are the games you primarily play and buy. That’s a big win for Sony, right? Not really. I’m going to let ResetEra poster EatChildren explain this:

People who buy platforms only for exclusives, and only ever buy exclusives, are a poor source of revenue. The customer sees themselves as supporting the platform holder, buying a console that is perceived as expensive and a good batch of games. But relative to company costs and revenue generated from a single customer, these people are low value. A person who vastly prefers Xbox One for whatever reasons but also buys a PlayStation 4 and over the course of seven whole years only buys 10 pieces of software has given Sony very, very little money. It seems like they have supported Sony, but they are a terrible source of revenue because they have not bought into the ecosystem.

Let’s re-emphasize that final point. Console customers are of little value to the manufacturers until they buy into the ecosystem.

And don’t think I’m pulling that key-performance indicator out of my ass. “Buying into the ecosystem” also goes by another name: engagement. How much time are people spending playing any games within the platform? That’s what Microsoft and Sony care about. If you read through their quarterly reports, they don’t talk about hardware sales. The focus is on total revenue from games and services. That’s what matters.

More engagement means players are more likely to spend money in games or to buy new games. An engaged players is also more likely to bring in their friends. In cold terms, that player’s lifetime value is worth more to Sony and Microsoft than someone who primarily plays the exclusives and nothing else.

‘But exclusives are how you build an ecosystem!’

I’m sure a lot of you are screaming that you are fully engaged with your console of choice, and the exclusives were a major factor in how you made that decision. Or, in other words, exclusives are the tentpoles that hold up Sony’s or Microsoft’s platforms. Sure, you bought a PlayStation 4 for God of War, but now you’ve spent $200-plus on Fortnite and Apex Legends.

And again, I’m not trying to erase that experience. Exclusives are an important path to building a loyal and engaged player base. But unlike HBO Max, Spotify, and Mixer, exclusive content is not the only way to develop that engagement.

That’s because video games are more social than consuming TV or a podcast. And while exclusives can bring a lot of people into an ecosystem, do they really contribute a significant increase in engagement? If that’s the measuring stick, then maybe services that bring friends together or ensure legacy support for games on future consoles are nearly as important.

This is what I mean when I say video games have a lot in common with recreational sports. Sports are something we usually do together with friends and family. And it doesn’t matter if it’s the same 100-year old game. It’s fun because it’s a way to socialize. Video games have similar elements. A lot of people return to Call of Duty night after night (and year after year) because that is where their friends are. Again, this is not a factor in why people subscribe to Netflix beyond maybe water-cooler conversations at work.

And basketball and tennis are still popular despite a noticeable dearth of exclusive content. Sure, each golf course is different, but most players would rather go some place close and affordable. And gaming fans are the same way.

Many players want services that make games more affordable and easier to play together with friends.

What does value actually look like to Microsoft and Sony?

Think of the book/movie Moneyball. That story examined how the Oakland Athletics were able to compete with the richest teams in Major League Baseball by rethinking conventional wisdom of how to value players. Instead of buying stars, the A’s management focused on buying runs.

I’m suggesting something similar is true with video games. When Microsoft or Sony spend their money, they shouldn’t just try to spend it on blockbuster games. They should spend their money to increase the engagement that actually contributes to the health of their platform.

Sometimes that means spending the money to create high-budget, marquee games. But a lot of the time, those same dollars will see a better return if they put the money toward creating a service like Xbox Game Pass or backward compatibility.

And that’s because those services often have knock-on effects that directly increase engagement.

Backward compatibility ensures that players feel more secure in their purchases. A game I buy today is going to work on the next Xbox in the future. Therefore, I feel better about buying an Xbox game today. I also feel better about spending time in those games because I know that progress is going to stay with me.

Game Pass, meanwhile, has an extreme network effect. If all of my friends have Game Pass, then a low-monthly fee is a reasonable price to pay to always have new content to continue playing with them. Then, as me and my friends get more accustomed to playing together, we are all more likely to spend $60 on a non-Game Pass release because we don’t want to break up the crew.

Video game companies don’t provide detailed break downs of how games and services perform. But I think it’s logical that a dollar spent expanding a subscription service might go farther than a dollar spent on a solitary 20-hour blockbuster release that people play for a week and then put on the shelf.

An exclusive may convince you to buy a certain system. But you aren’t as valuable as a friend network that collectively purchases the same console because of a particular service.

So yes, I think we slightly exaggerate the value of exclusives. Or maybe it’s better to say that we underestimate the value of everything else. But I think it’s also obvious that the video game blockbuster isn’t going anywhere.

Even Microsoft is investing in its own first-party releases. The company regularly gestures toward its 15 internal studios all working on Xbox games. But it’s worth pointing out that Microsoft didn’t really begin to believe in the console exclusive again until it had its subscription service up and running. Every Xbox first-party release is also contributing to growing engagement through that ecosystem.

And maybe that is the best way to look at it. Microsoft has exclusives because it wants to bolster its Games Pass service. Exclusives are important, but their value is largely dependent on their impact on engagement. It’s a complementary relationship, and one feeds into the other.