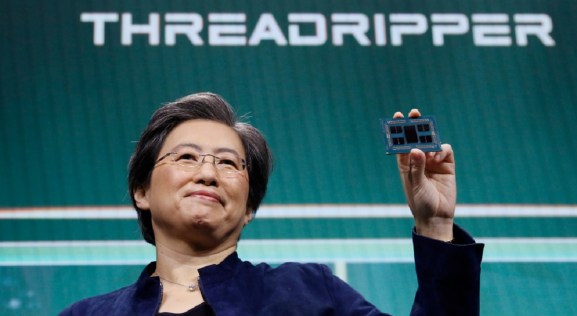 Lisa Su, CEO of chip maker Advanced Micro Devices, said in an online talk yesterday that the events of the past week have been “extraordinarily disturbing” and that the racial divide and social inequity in the U.S. have to be addressed.

The remarks show that a Fortune 500 CEO and a leader of the tech industry believes that the unrest is highlighting a longstanding problem, that American society has to change, and that there’s an opportunity to do so now. She made the comments as part of an online conversation with Gary Shapiro, CEO of the Consumer Technology Association, which puts on the CES tech trade show every year in Las Vegas. After Shapiro asked her what she thought of the past week’s events — which began with the death of a black man at the hands of a white police officer in Minneapolis and spread across the country in the form of protests and riots — Su replied with candor.

She added, “What we each have to do is within our sphere of influence. Help employees, friends, families to process this and make sense of where we are. And it really is an opportunity for us to think about what will enable us to have systemic reform. The world has changed quite a bit. It’s an opportunity for us as leaders.”

While it is encouraging to hear such remarks, it’s clear that Su is at the beginning of thinking about this subject, as she couched her words in the passive voice and didn’t offer a concrete plan for change.

“I don’t know about other countries, but we have an issue,” Shapiro said in response. “And it does boil down to the fact that it’s tough to be black in America because of our system. And there’s no denying. It’s just tragic. And I don’t think there are answers but I think we can agree on the problem. And that’s where I think we are, and it’s good to see people like yourself and other corporate leaders stand up and say this is important.”

Su said that she agreed and felt like it is a responsibility to make something good come out of a horrific situation.

Above: Gary Shapiro of the CTA interviews Lisa Su, CEO of AMD.

[Update: Su tweeted that AMD will make donations to the National Association for the Advancement of Colored People (NAACP) and the historically black colleges and universities (HBCU)].

Yesterday I had a chance to discuss recent events https://t.co/McOi0Hw8VM. Today, I want to announce @AMD’s first steps to help bring about change with donations to @NAACP and @HBCUFoundation. pic.twitter.com/UU8fQKozmd

Su is an MIT-educated engineer who has written dozens of technical articles. She became CEO of AMD in 2014, and helped turn it around from an also-ran in PC microprocessors to a formidable challenger to market leader Intel. A keynote speaker at CES 2019, Su was named by the Harvard Business Review as one of the top 100 best-performing CEOs in the world, and she is on the board of the Semiconductor Industry Association.

In that latter role, Su may have an opportunity to create jobs in the U.S. The Wall Street Journal reported this week that the semiconductor industry association is seeking $37 billion for subsidies to construct United States chip factories.

AMD designs its chips in the U.S. with teams in Austin, Texas and in Silicon Valley. But its chips are made by companies such as TSMC, which has factories and supply chains in Taiwan and China. TSMC is reportedly exploring how to build a $12 billion contract chip manufacturing plant in Arizona.

That could create a considerable number of jobs for high-skilled technologists and construction workers in the U.S. at a time when tens of millions of people are out of work.

“The broader conversation is really around U.S. leadership and technology,” Su said. “The U.S. is a leader in technology in high-performance computing. And with that comes a need for some secure supply chains. And so that’s part of the conversation.”

It’s an open conversation about how such advances and job creation can help the black community. And a lot of that has to do with a focus on diversity and education. That means having the right people moving up the chain in management.

“I like to believe that my training as an engineer is really about how to solve problems,” Su said. “How can you analytically solve a problem and make that fun? And that that that is one of the key parts of making STEM interesting, especially to women and underrepresented minorities.”

Su said that she moved into management because she was interested in knowing what a lot of smart people could accomplish together, like 100 people or 10,000 people. (AMD has more than 11,000 employees.)

The SIA has been trying to make the U.S. semiconductor industry more competitive and create more jobs for many years. Su said it’s making progress in raising recognition of the importance of the semiconductor industry, as well as the interest in creating secure, domestic supply chains for the tech industry.

Su said she made mistakes in her past and learned from them. For instance, on some projects, she said she didn’t properly understand the risks involved, like how every single thing had to go right and happen on time if the project was to come out a success. She chalked that up to inexperience. And that helped her focus on examining what she could have done better and raising the bar for the next time around.

“My goal is always to make sure that people learn along the way, but we also want to make sure that we protect the business,” she said. “And this is not about whether it a good result or a bad result, but how you could always do a little bit better.”