The tradition of staying out of politics got tossed out the window in the past week, as so many people who professionally stayed on the sidelines ended their silence and spoke up about the killing of George Floyd in Minneapolis. The same is true for me, even though game journalists would normally do well to stay out of politics.

It is wrong to stay silent in this extraordinary time and keep talking like nothing else is happening. I cannot help but speak about the shame and anger of living in a country where racist murder and racist demagoguery are tolerated and sometimes even openly celebrated. That compelled me to march in the streets of my suburban California town and listen to black people talk about what it was like to live in a community where just a handful of black students attend the one high school.

Yes, even in laid-back Silicon Valley, the speakers shared their horror stories of being called the N-word in stores or classrooms, being followed for being black in stores, being refused service, and having nothing happen after they voiced complaints with school and government administrators. It felt like a small thing to join a protest with hundreds of others, but I felt like my friend James Zhang, the CEO of Concept Art House, which makes the art that you see in popular video games. Like Zhang, I felt pushed over the edge. So I joined a march with my wife and daughter and carried a sign that said #BlackLivesMatter.

Zhang is an artist and not so much a wordsmith. He created this haunting image of Trump sitting on the neck of the Statue of Liberty, an echo of the searing image of police officer Derek Chauvin resting his knee on the neck of Floyd. It haunts me. And it came from a game artist far away from the scene. Zhang found a way to make a contribution to a cause that seemed very distant. And so I consider his to be a voice worth amplifying.

Above: James Zhang is the CEO of Concept Art House.

For Zhang, creating that image was a complicated matter. As an Asian American, he did not want to appropriate the Black Lives Matter cause and appear to be drawing attention to himself. He never felt like a political activist, and he never even voted in a presidential election until he cast his vote against Donald Trump. He didn’t know if speaking out would cost him business. Yet this had been building up inside Zhang, and he saw others take risks, like when Insomniac Games CEO Ted Price spoke out against Trump’s immigration ban in January 2017.

Zhang also lost his brother to suicide. He began sharing that sad story on Facebook, and he joined nonprofits such as SF Suicide prevention and Asian Health Services. He wanted people to get help for their mental illnesses. A part of what Asian Health Services does is advocate against xenophobia, and Zhang was highly offended at how Trump played a racist card in blaming China for the coronavirus.

“When this whole George Floyd thing happened, it just took it to a whole different level,” Zhang told me. “Divisiveness starts at the top.  Trump’s comments and actions have allowed people to be openly racist.”

During the unrest, the storefronts near the apartment building of Zhang’s mother were attacked. When he saw the aftermath and the graffiti on the wall, he got mad, not only at those who destroyed the place but those who incited it. To express himself, Zhang returned to art, not to say that he knew what it was like to be black and oppressed in America, but to express his own form of anger and frustration, which was boiling over.

“Somewhere along the way there is weariness, you know,” Zhang said, and it inspired him to create an image that he called, “We can’t breathe.”

As people of color, we do not pretend to understand the black experience. But it is human to empathize and say that we see your pain, and that pains all of us.

I happen to be playing a review copy of The Last of Us Part II, a video game set in a postapocalyptic world, with zombies. In the real world, it also feels like I am in the apocalypse, where the zombies are the people who don’t care. I do care about our world, and the world that we will leave behind for our children.

During the recent days, it was heartbreaking to see broken glass and buildings on fire. It is enraging to see journalists arrested — and to see CNN’s headquarters attacked. It is maddening to see black people mistreated and murdered, and to see racists emboldened to do worse under our prejudiced president.

It was unforgivable to see an old man with a cane pushed down by a SWAT squad. It was so sad to see stores being looted. The communities that were burned were already hard hit by the pandemic, and they will suffer more because of this. 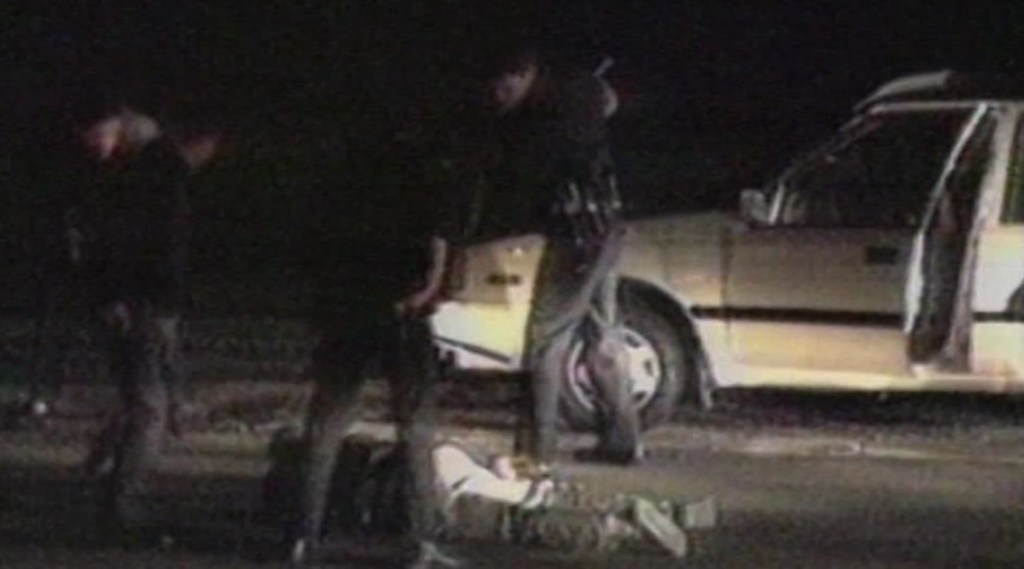 I feel tired because of my memories of the Rodney King riots of 1992. I remember watching the city burn, and seeing total strangers throwing rocks at each other. I swept the streets in the aftermath after Edward James Olmos swept up Koreatown. I gave out clothing in South L.A.

I saw how poor the neighborhoods were back then, and I saw how poor they are today when I drove my daughter around while she was going to USC. I saw the biggest homeless encampment I’ve ever seen in Downtown L.A. As we drove past it, my kid remarked how she had grown up sheltered. And yes, some things I wish I could unsee and shelter my kids from seeing.

I recall the newsroom riot that we had inside the Los Angeles Times in the aftermath of the unrest in 1992. I wrote an article criticizing the Times’ (Pulitzer Prize-winning) coverage because I believed that was the right thing to do. I had quite a few editors above me calling me out as unprofessional. But I had people backing me up from organizations like the Asian American Journalists Association, the National Association of Black Journalists, the National Association of Hispanic Journalists.

Back then, I was a young reporter in my 20s, trying to make my own newsroom see why it was viewed as part of the establishment and not part of the community. I was lucky that the editor, Shelby Coffey, didn’t fire me and instead appointed me to a diversity committee. We advocated change within the newspaper so that it could cover communities of color better. We were asking for better representation of minority communities among the ranks of reporters and editors at the Los Angeles Times. I think we made a small difference, but it felt like it was short lived, as newspapers began their downward spiral in the age of the internet.

The next year, I lost my own brother. That was painful, to say the least.

Listening to the past

Now I’m in my 50s. I do not feel that experience from the 1990s was a total waste. In fact, it was a formative time for me. But I am sad. We have made no progress as a society. We do not have the justice that we were promised with the Rebuild LA movement. And I am not surprised to see the riots and protests across the country because the fuel was poured, and Minneapolis provided the spark.

So much of this seemed preventable. Colin Kaepernick sounded the alarm four years ago by taking a knee during the national anthem. In the wake of Gamergate, I remember trying for a few years to get a diversity summit funded for the games industry. I did not succeed. Many people did not succeed in ending systemic institutional racism. That is why I feel tired.

George Floyd was murdered. We have a president who has not only been divisive but has also incited shooting and called people who are our children “thugs.” He has set us back decades. And as we saw the consequences of his words, as the cities burned, he stayed silent. It was so like Nero. When he finally spoke up, he made things worse. His decision to tear gas the peaceful crowd outside the White House so he could get a photo op was unconscionable. 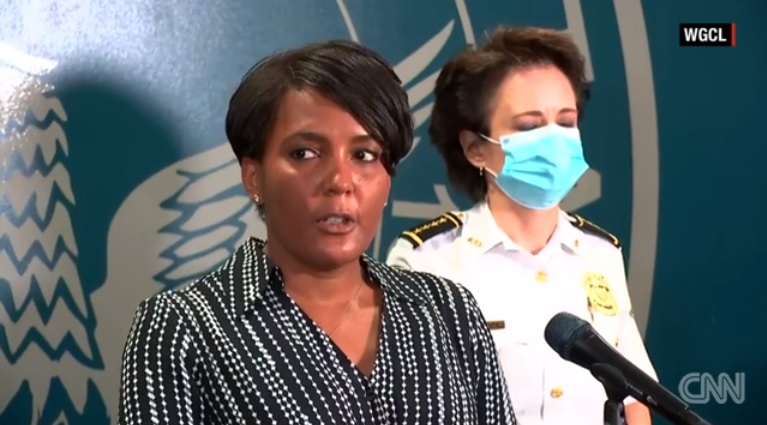 If we only had leadership that could make a difference in times like this, rather than a leader who drives us into chaos. I am heartened by people who are speaking up, like Taylor Swift calling out 45 for inciting violence. I was touched by the words of Atlanta’s mayor, Keisha Lance Bottoms, calling on us to be better than this. I agree that our best move is to vote in November. Her words brought me to tears.

When I saw what is happening on TV, I realized that I was very distant from all of those on the front line in all of the multiple calamities we have going on at once. I can breathe. I can breathe a sigh of relief that I know where my children are. I have no prescription for fixing this. I do not know how to talk with my children about this, other than to say that we have seen this before, and we do not have justice in this country. I am crying on the inside for America.

For those of you who are hopeful about diversity in the wake of this, good for you. But diversity is not a short game; it’s a long one. I remember reading a quote about how Martin Luther King Jr. was tired of his endless struggle. And yet he achieved change. We should not give up. We should do what we can to change things, but we should not trick ourselves into thinking that change will be swift.

Having lost a brother, I can identify with Zhang. But I consider Zhang to be a brother in the cause. That is something I am grateful for.

I feel so far away from the riots of the past, and so close. It resonates across decades. It makes me remember Rodney King’s words. “Can we all get along?”