Wave, the virtual concert company that facilitates live music in virtual settings, has raised $30 million in funding. Wave uses broadcast and gaming technology to create motion-captured performances of artists and turn them into animated characters in virtual worlds. The company also works with music labels, management companies, and independent artists to connect their rosters of talent with concertgoers.

Wave recently announced its “One Wave” series of virtual concerts featuring John Legend, Tinashe, and others. The upcoming virtual experiences will provide Wave artists with a platform to create digital avatars and environments that represent their artistic vision in real time.

The funding news comes just after Epic Games announced that its live concerts for Travis Scott in Fortnite drew more than 27 million viewers to his Astronomical show.

Wave CEO Adam Arrigo said in an interview with GamesBeat that he believes the virtual concert space is gaining momentum, particularly as people are shut in their homes and unable to go to concerts. “The whole space started to really pick up, and it was less about us going out and pitching for the next thing and more about just finding the right partners that would kind of help us take it to the next level,” said Arrigo.

Most of the investors for this round were already on board in January. Then the coronavirus hit and the value of virtual concerts became a lot more obvious. Phil Sanderson, managing director at Griffin Gaming Partners, said in an interview with GamesBeat that he thinks simply watching music online is boring compared to the real thing.

“You can put on a headset and listen to Coachella live, but no one wants to do that,” Sanderson said. “The only way to do this is to capture the emotion of the crowd, which is effectively what Wave does by creating an interactive experience. It’s so much better — if you were watching Travis Scott in Fortnite, it would be so much better if you could see his facial expressions and interact with him in real time.”

Sanderson was the first investor in Pandora and also invested in Song Pop. He goes to a number of music festivals every year and was instantly attracted to Wave.

“What we are building is very well-timed. And we’ve seen since the cancellations of live concerts; we don’t know when they’re going to come back and in what form. It’s bittersweet,” Arrigo said. “It’s taken our business to a completely new level, like we booked some of the biggest artists in the world for our next slate of shows. People understand what our value proposition is. Artists are looking for new forms of distribution, monetization, and innovation. They are more open to the conversation than before. It takes us a step closer to the Metaverse, or whatever you want it to be.” 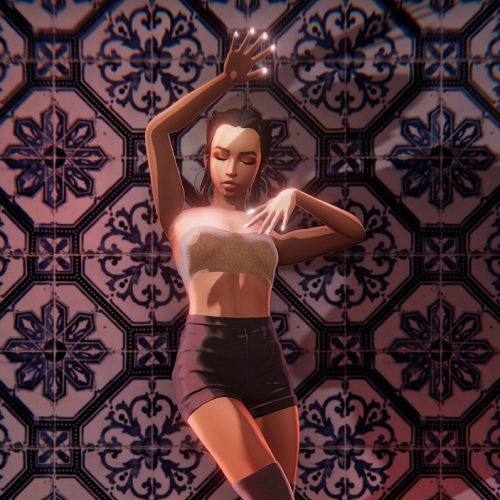 The funding is pretty good for a company that was founded as a music VR startup in 2016 by Arrigo and Adam Lemke.

“I worked on the Rock Band games back in the day, and I’ve always been about finding new ways for artists to express themselves through these [mediums], like virtual reality, where we started,” Arrigo said. “About a year and a half ago, before the Marshmello show in Fortnite, we pivoted beyond VR and started doing deals with gaming platforms and livestreaming services to take the core experience for VR into broader distribution.”

“We have so much demand from artists to do these shows that we’re not capable of producing them ourselves,” Arrigo said. “We want to get to the point where we can facilitate the democratization of the creation of content for artists of all levels. We’re currently now working with lots of megastars. But that’s not the whole industry.”

Maveron led the new round, with a big chunk of the funding provided by Griffin Gaming Partners. Additional investors in the round include NTT DoCoMo Ventures, Avex, Superfly Ventures, Convivialite Ventures, and Raised in Space. Entrepreneurs Scooter Braun, Alex Rodriguez, Superfly cofounder Rick Farman, and Twitch cofounder Kevin Lin also participated in the round.

The fresh funding will fuel Wave’s ability to go beyond traditional livestreaming and serve the next generation of concertgoers. Specifically, it will allow Wave to focus on the creation of personalized artist avatars, new virtual environments and formats, and interactive experiences — including in-game activations and social experiences. The round will also expedite expansion into global markets like Japan and China. 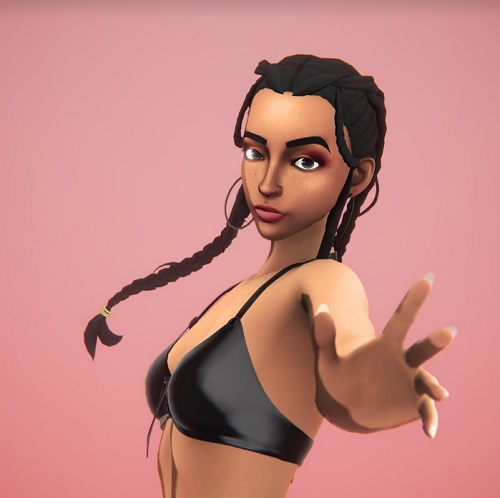 Above: Tinashe in Wave

While Wave started in VR, its latest concerts and events are distributed across all major platforms, including YouTube, Twitch, Facebook, digital and gaming channels, and through the Wave app available for Steam and Oculus.

“I looked at Wave when it was in the VR space and did not invest,” Sanderson said. “When they refocused on the broader audience of all platforms, that’s when I got involved.”

Wave’s reach is now potentially enormous, which is what has drawn bigger music stars.

“When we made that pivot out of VR, we also changed our core distribution strategy, which at first was [to] download our VR app and join these concerts,” Arrigo said. “But we also realized the concept of the virtual concert is so futuristic. Our current strategy is to partner with as many gaming platforms and streaming platforms as possible. We can window our experiences across all those spaces. So you can almost think of it as a virtual concert promoter, as opposed to a single platform. We’re going to where the people are.”

Maveron general partner David Wu and Sanderson are joining Wave’s board of directors, alongside RRE Ventures partner Will Porteous.

The coming of the Metaverse 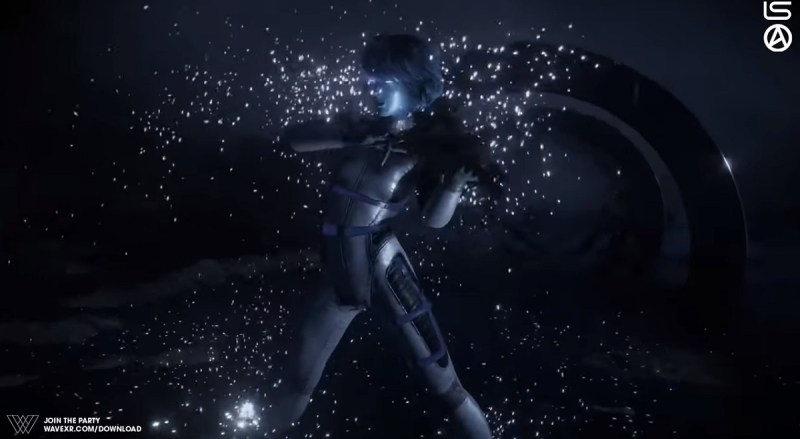 Arrigo likes the idea of bringing music to the Metaverse, or the kind of universe of virtual worlds described in science fiction books like Snow Crash or Ready Player One. (We’re planning on doing a conference on the Metaverse this fall.)

“The idea of the Metaverse … we had tied it so tightly to that idea of virtual reality, but clearly the universe is going to start in these spaces like Fortnite or even Animal Crossing.”

But he also wants to expand the virtual gatherings beyond gaming into larger entertainment spaces that nongamers will embrace as well.

“Our approach should be cross-platform because our goal is to create the biggest concert of all time and serve musicians and artists,” Arrigo said. “It makes sense for us right now to go to where the audiences are and not limit ourselves because gaming platforms rise and fall, but music is not going away. We’re not going to tie ourselves to Fortnite. That’s doing a disservice to our artists, who have tons of different demographics anyway. John Legend is completely different from Lindsey Stirling from Kenosha.” 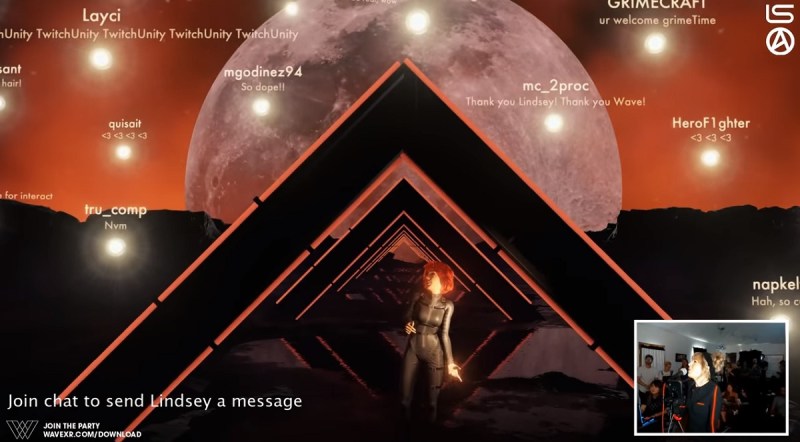 Above: Violinist Lindsey Stirling gave a concert to 400,000 attendees in Wave.

Wave may take off in places like Fortnite first, but Arrigo hopes it will grow well beyond that.

“I also like onboarding people who are nongamers into gaming, using adjacent experiences,” he said. “You can use familiar platforms to make people feel comfortable. My mom is not going to download Fortnite.”

And he hopes the VR part will take off.

“I am still a firm believer in the future of VR and AR, and we still support our VR app,” Arrigo said. “And we actually have seen a threefold increase in engagement since shelter-in-place started. Every night, there’s someone throwing parties in VR. But we built the core experience so that people could engage with it anywhere, whether it’s in places like Fortnite or Minecraft or Roblox or even Animal Crossing.”

The Los Angeles company has 50 employees and is currently hiring.