Niantic‘s mission is to bring people together in a gaming community, and the company sees its Pokémon Go Fest 2020 as more critical than ever as American society tears itself apart. But this time, the event will be virtual.

The virtual event is another sign that Niantic is trying to recast its entire business to deal with the new realities, whether this means retooling its location-based game to deal with the pandemic’s effect on socializing together, or facing the disruption to business as usual from the Black Lives Matter movement.

The whole idea is to get people to exercise by walking outside. This year, instead of bringing together thousands of people together in a park, the company hopes to rekindle the spirit of the Pokémon Go Fest in a virtual event. Players around the world can virtually participate in the event on July 25 to July 26, from 10 a.m. to 8 p.m. (local times).

CEO John Hanke said in a briefing that the company wants to support players during the coronavirus lockdown. But amid the pandemic, that won’t be easy, as large gatherings are banned in many countries.

“We want to bring the fun, and we want to make a safe adventure for people, as we have in the past year after year,” Hanke said. “The challenge this year is to bring as much of that fun, and in particular that real feeling of community to an event where Trainers can experience it wherever they are.”

Hanke also said that the company supports the Black Lives Matter cause and wants to create a more equal society and be a force for good for users and the communities where they live.

“At Niantic, a cornerstone of our mission has been to bring people together to form bonds that build community in the truest sense of the word,” Hanke said. “And that community is diverse, as those of you who have attended our events in the past have likely witnessed our games serve as a common touchstone, uniting a rainbow of layers of different races across gender and socio-economic barriers. Right now, as we see the fabric of our country being stretched past the breaking point. That kind of unifying force has never felt more needed.”

He added, “We’re witnessing an unprecedented movement that opposes the systemic racism that limits opportunity and oppresses billions of people around the world. And we face this heightened challenge on top of the physical and mental strain of our battle against COVID-19. While our company was founded with the idea of being a force for good for our users and for the communities where they live, it’s clear that the challenge we now face as society calls for even more, creating a better and more equal society and rebuilding our shattered economy is going to take leadership from both the public and private sectors and, make no mistake, long-term commitment and a vast amount of work to contribute to this effort.”

Niantic is donating $5 million in proceeds to fund projects for black augmented reality creators as well as nonprofits that are focused on rebuilding local communities.

“We felt like the biggest impact we could make would be to leverage our scale to accelerate the work of black creators,” Hanke said. “So we’re allocating half of that fund to projects from black creators that can live on the Niantic platform, with the goal of shining a light on characters, story, and points of view that validate the lives and experiences of the black community. The other half of that will go to the U.S. nonprofit organizations that are helping communities.” 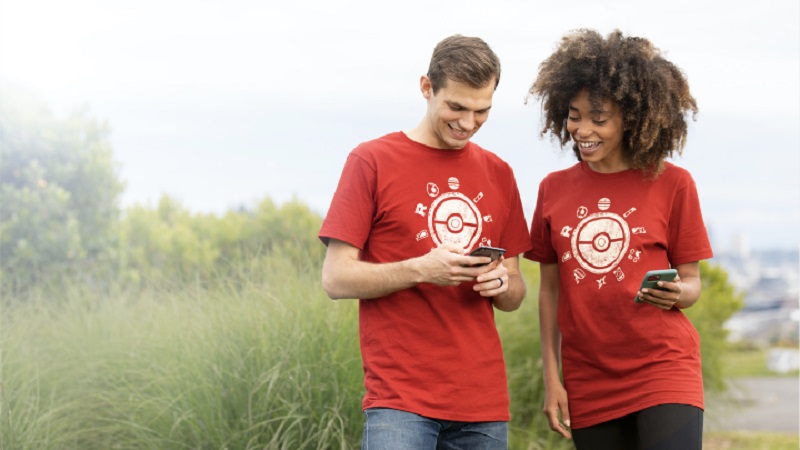 Niantic’s live events have brought together 2.7 million players at Pokémon Go events around the world. A billion matches between players (Trainers) have been held in Pokémon Go Battle League (where players don’t have to be near each other to duel) since the game mode launched in January.

More than 30 million Remote Raids have been completed by players in its first month of availability, with more than 70% of those Remote Raids having someone participate in person.

And 20 billion gifts have been exchanged through Pokémon Go’s social gifting program. In just the last three months, there has been an increase of 11% in exchanges of gifts, said Matt Slemon, senior product manager for Pokémon Go, in a briefing. During the pandemic, Niantic has added indoor-friendly activities to the game. 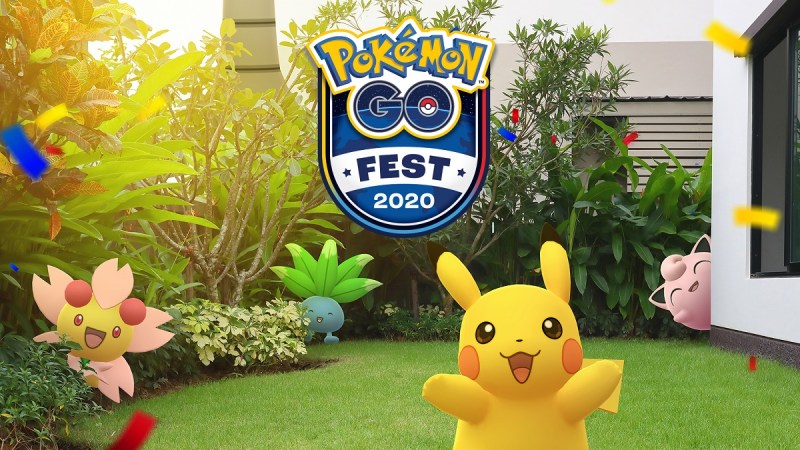 Above: Pokemon Go Fest 2020 is a virtual event.

In the past, the physical Pokémon Go Fest events sold out quickly, with thousands of people showing up at physical events in Chicago in 2018 and 2019. But this year players all over the world can purchase tickets in the in-app shop for $15 (plus taxes and local fees) for the weekend-long celebration, said Michael Sterenka, a Niantic marketing director, in a briefing.

During the event, players will be able to enjoy a new story and adventure that will span the Pokémon Go app as well as the Pokémon social channels and news hub. Players can experience a new gameplay experience of rotating virtual habitats in Pokémon Go that will change every hour. Players can discover more than 75 unique Pokémon over the course of the weekend.

“We know that Niantic will only play a small part in the recovery, but we want to do what we can to help move things forward in a positive direction,” Hanke said. 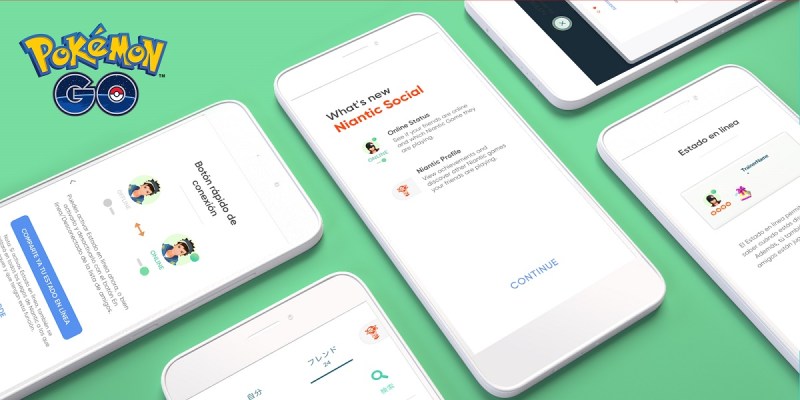 Above: Niantic Social will be a new way for players to connect.

To help people connect with each other while they’re remote, Niantic is rolling out a new feature called Niantic Social, coming first to Pokémon Go, which will serve as a single place to see which of your friends are online and playing. You can use it to see how many kilometers your friends have walked while playing.

The company will also be launching a Pokémon Go Fest Virtual Team Lounge. The lounge will be a way for players to connect, participate in activities and giveaways, get a glimpse into the lives of players from around the world, chat with the Niantic developers and get ongoing updates on the event.

“I’m really excited about the new digital hub,” Hanke said. “It’s basically a digital version of the real-life lounges that have been the staple of our live events.”

Another new element of Pokémon Go Fest 2020 is the new free Print at Home Kit that will help fans get ready to celebrate through a set of printable Pokémon Go Fest activities and decorations. 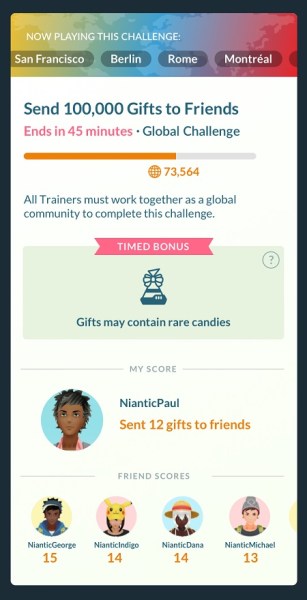 Niantic is also introducing the Niantic Local Business Recovery Initiative, which gives the Pokémon Go community a chance to nominate their favorite local and small businesses to be among the 1,000 storefronts integrated into Pokémon Go for a year for free.

Niantic is seeking nominations for local businesses starting in the United States, Japan, Great Britain, Canada, and Mexico, said Yennie Solheim, senior manager for civic and social impact at Niantic, in a briefing.

Once businesses are ready to open up in each region, they’ll be able to use Niantic’s tools for in-game location to encourage people to safely explore nearby. You can find out more about the program and how to submit your favorite local business through the initiative website. Nominations close on July 31.

Hanke said that the company is continuing to invest in Pokémon Go, Harry Potter: Wizards Unite, and Ingress in ways to get people to engage in physical exercise in our new world. Meanwhile, Hanke said that, in addition to the continued investment in Pokémon Go, Niantic has a multi-year product roadmap with 10-plus titles in development made up of games and other forms of AR experiences, with two titles planned to be launched each year.

“We’re extending the concept of what constitutes a Niantic game in a variety of ways, so stay tuned for more information on that front,” Hanke said. “In terms of the platform, we continue to accelerate our work on advanced AR as part of the Niantic real-world platform.”

Niantic continues to develop advanced AR accelerated by the acquisition of 6D.ai, which plays an important role in helping build and maintain an updated 3D map of the real world. In addition, Reality Blending recently launched in Pokémon Go, allowing players to interact with Pokémon. The new Project Wayfarer program will give the player community an opportunity to help build out the gameboard of the world with interesting locations in their own neighborhoods, towns, and cities.