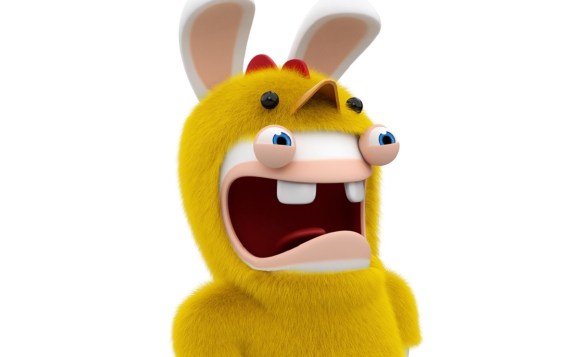 Ubisoft Rabbids Collectibles are based on the blockchain.

Blockchain has a lot of applications beyond cryptocurrency, but these haven’t come as fast as many early investors wanted. Among the big game companies, Ubisoft remains the one most willing to experiment with blockchain. But doing this as a charitable venture will evidently eliminate any concern about having regulator intervention.

In this case, Paris-based Ubisoft is launching 55 Rabbids collectibles as tokens on the Ethereum blockchain, or one that uses a popular cryptocurrency platform. The blockchain can be used to verify the unique identity of the digital asset, making it more of a collectible.

As digital versions of unique Rabbids assets, the collectibles each have their own specific properties, design, and value, and can be traded like game cards. All proceeds raised following token transactions will directly go to UNICEF as donations.

Created by Ubisoft’s Strategic Innovation Lab, Rabbids Tokens are original collectibles. Players can’t resell nor keep them forever: they are “always-for-sale,” meaning that at any time, another player can nab one from its owner if they pay for its indicated value, in Ether cryptocurrency. Former owners then receive a “Proof of Plausible Ownership” (POPO), a token-certificate proving they once owned the Rabbids Tokens, so they can keep growing their collection.

Just like the Rabbids themselves, Rabbids Tokens are mischievous, Ubisoft said. They transform every time they get a new owner, sporting the look of a different animal. Each time a player buys one of the tokens, they automatically contribute to a good cause, with the amount of their transaction being directly sent to UNICEF’s cryptocurrency fund.

Built on the ERC-721 Non-Fungible Tokens (NFT) standard, Rabbids Tokens are fully interoperable, which means they could be used in any other game accepting this widespread standard.