Wizards of the Coast announced its latest Dungeons & Dragons campaign today, Icewind Dale: Rime of the Frostmaiden. But the company already had a video game under production in the same location, and now we know who the enemy is in Dark Alliance.

It’s Crenshinibon, otherwise known as The Crystal Shard. And the Dark Alliance in question is the horde of monsters it’s brought under its influence, including one we haven’t seen in video games since the first Icewind Dale.

“The Shard calls to creatures who crave power, and this call is a literal one. And so, this call is what attracts all of these different factions to Icewind Dale,” Ryan Galletta, the narrative lead for Dark Alliance at Tuque Games, said. “There are several factions, but for the most part, they put aside their differences, working together — or at least, not against each other — in their quest for the Shard. So, the Dark Alliance is really the call of Crenshinibon.”

Dark Alliance is a four-player co-op action-RPG that’s coming this fall. It stars the Companions of the Hall: Drizzt Do’Urden, Bruenor Battlehammer, Catti-brie, and Wulfgar. It takes place right after the events of R.A Salvatore’s The Crystal Shard (the characters’ debut), and is set in Icewind Dale. The new adventure, Rime of the Frostmaiden, takes place a century later, and while the events of this game appear as “echoes” in that campaign, Auril does not play a role in Dark Alliance.

During Monday’s presentation, Tuque founder and head Jeff Hattem and Salvatore talked about Dark Alliance. One reason this is a new story, as opposed to an adaptation of one of Salvatore’s books, is that those tales have been told, and both want to players to be able to experience new stories.

“Very early on, Bob [Salvatore goes by this] that I took to heart was that the books are already written. Those stories are already told. There’s no point in retelling them in a different medium,” Hattem said.

“There are games you can make where people can change the story of the book in the game, but for the type of game we were making, that wouldn’t have worked. There would’ve been too many times where the players veered off-course, and then some would say, ‘No, no, no, it happened this way in the book.’ But that’s not the point,” Salvatore said.

Pedal to the metal

Part of the point, Hattem explained, is capturing the action that happens when the Dungeon Master asks you to “roll initiative” during a D&D session. As Salvatore has done in his novels.

“For the time, Bob was very raw with his description of Icewind Dale,” Hattem said. “Icewind Dale is a harsh place. It’s usually not super-fun there, and that’s what I wanted to bring to life, with the harshness. We have a keyword that we’re using … we call it ‘metal.'”

I wondered if the combat system would capture the feeling of Salvatore’s books, the exchanges, how boxers and fighters feel like they’re moving faster in the moment (something he noted during the presentation).

“Dark Alliance features an open-ended combat system that allows players to freely move between a myriad of offensive and defensive maneuvers. Every step in a combat sequence features a myriad of micro-decisions that are made by the player. An extreme sense of control and power is gained with mastery. This hopefully evokes a similar feeling of empowerment with each move that Salvatore describes in the action sequences of his books,” Galletta said.

Above: Spears? Check. Big and ugly? Check. Sure look like verbeeg to me.

While talking about this approach, Hattem started mentioning monsters, and he brought up the verbeeg. This is a species of giant-kin, a cunning folk who bullied dumber, stronger giants, ogres, and others into following them; enjoyed trying to get the better of other folks; but who cleaved to a sense of honor despite all this. All Hattem said about them was that they were very “hungry.”

At the end, Salvatore talked about what started 33 years ago with The Crystal Shard.

“It’s just another amazing milestone for me in this whole journey I’ve been on for 33 years. Just so you know, Icewind Dale, when I, when I first tried to get a book in Forgotten Realms … there was no Icewind Dale. I thought the Moonshae Isles were the Forgotten Realms. … And just watching the evolution of where it’s gone — listening to the piece before this [the Rime of the Frostmaiden briefing] and going into the future of Icewind Dale, it’s just so amazing to me to have been a part of this for 33 years,” Salvatore said, “and to do this incredible work, and then to see other talented people step in and take it to other places, I couldn’t be happier. It’s been a great honor.”

And we’ll see what’s next for Icewind Dale — both in its past and its future — this fall. 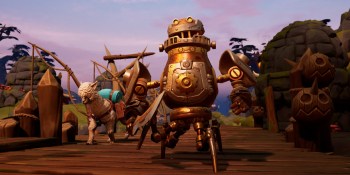