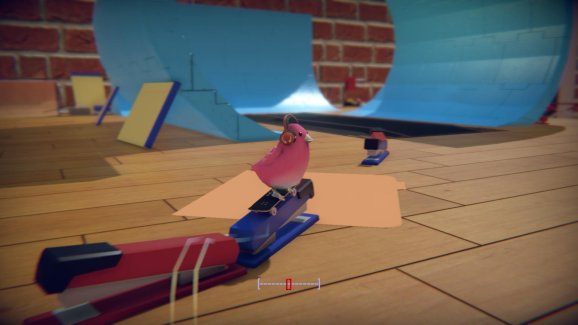 SkateBird is about a bird who skates.

ID@Xbox is Microsoft’s program that helps indies self-publish on Xbox consoles and Windows PCs. It has helped Microsoft develop good relationships with many smaller game developers. Xbox One hosted over 1,600 indie games via ID@Xbox, and Microsoft noted that many studios are already working on titles for its next console, Xbox Series X. All Xbox One games will also be playable on Series X.

Microsoft usually shows off ID@Xbox titles during big trade shows like the Electronic Entertainment Expo (E3) or the Game Developers Conference. With those events cancelled this year due to the ongoing pandemic, Microsoft has taken to online events and videos.

The Summer Spotlight Series, which is posting six videos covering a total of 30 indie games, includes anticipated titles like SkateBird, Super Meat Boy Forever, and Everspace 2. Microsoft notes that it will have more ID@Xbox announcements next month.