Ina Jang is one of the few female CEOs of a major game company. At South Korea’s Smilegate, she helped make CrossFire into the biggest free-to-play first-person shooter game in the world.

The title isn’t well known in the West, where Call of Duty rules. But CrossFire has been a dominant game in China and much of Asia, and the game has reached more than a billion players on PC and mobile. To date, the game has generated $10.5 billion in revenue, and it is just one of many titles that Smilegate publishes.

Jang joined the company as a developer in 2007, the same year the company launched CrossFire. She made the game more accessible for users of all ages and focused on making it run on all systems, not just the high-end computers of hardcore gamers. The game was still speedy, but it didn’t have the lush graphics of Western games. That played well in China, which had wide variation with high-end machines owned by rich gamers and low-end machines played by middle-class and poorer players. The company also worked hard to fine tune CrossFire so it could run well on local country networks. It was a formula for growth.

By 2018, the game had 8 million concurrent players. That’s about where massive games like League of Legends are now. I interviewed Yang through a translator for the Gamelab Live virtual event. Jang said the company has more than 500 developers, and it is now opening a new studio in Barcelona. It is also launching a beta test of CrossFireX, a new version of the game for the Xbox One that Smilegate is working on with Remedy Entertainment, this week. That version should debut as a free-to-play offering this fall.

Jang said she still sets the way forward for the company’s future games, and she likes to keep a firm grip on the company’s operations. And she holds out hope that the game industry will see more female CEOs in the future. 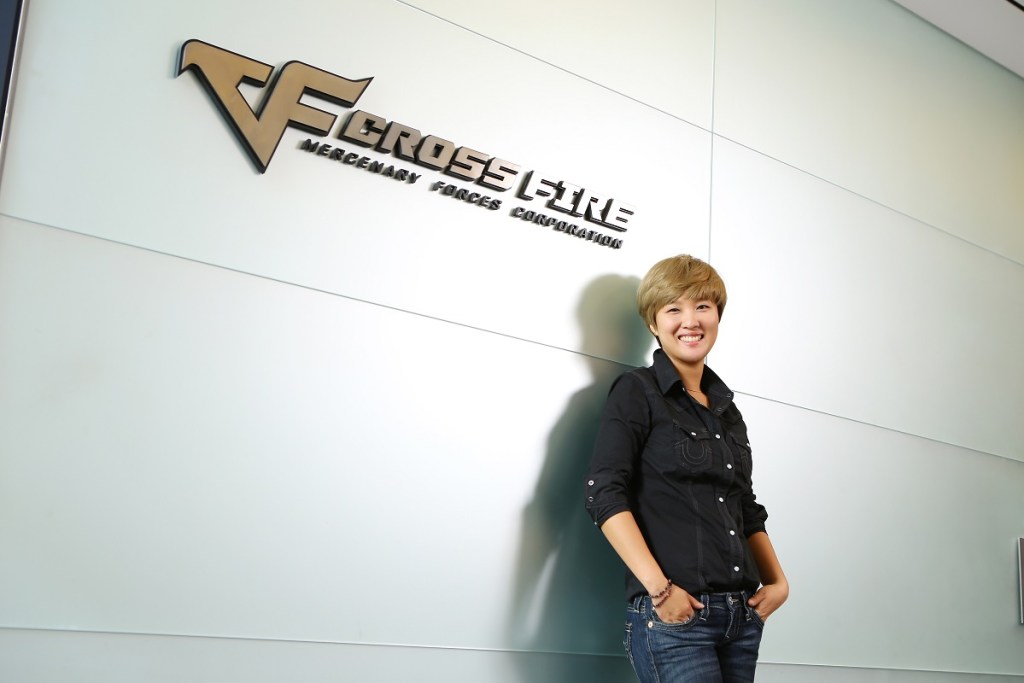 Above: Ina Jang is CEO of CrossFire maker Smilegate.

GamesBeat: Can you tell us more about yourself?

Ina Jang: I’m the CEO of Smilegate Entertainment. Smilegate developed a sequel to CrossFire and many other games on online and mobile platforms. CrossFire is our main topic. Smilegate is also in charge of game publishing and game services for titles like Epic Seven at home and abroad.

GamesBeat: How did you come to be in charge of Smilegate?

GamesBeat: How did you learn to be a good CEO? What helped you become a good CEO for Smilegate?

Jang: The CEO of a company has a lot of jobs to do, of course, but because of my background, having started out as a game developer myself — I feel that a great CEO should be a person that has a lot of capability in making a game a fun one. Other types of attributes are required of a CEO, but one I think that is important is that based on the market insights I have, I need to set the way forward for our games to evolve in the future. I need to be capable and confident enough to manage my organization of developers here at the company.

GamesBeat: CrossFire is a huge game. Can you tell us how big it is in terms of the number of players, the number of dollars generated, and how many people it’s allowed you to employ? Just how big has it gotten?

Jang: In terms of global FPS games, CrossFire is No. 1. It’s definitely a huge game. It has a presence in 80 countries around the world, with 670 million users and revenue amounting to $10.5 billion dollars on an accrual basis. It’s very big all around the world. In terms of monthly concurrent users, as of 2018 we had 8 million people. To get a better idea, the population of Hong Kong is 7.5 million, so imagine every one of them being present at the same time. At the end of 2015 and into 2016, the mobile version of CrossFire kicked off. On an accrual basis, the number of users for CrossFire actually amounted to 1 billion, meaning one-out-of seven people in the entire world has played it at least once.

GamesBeat: In the U.S. and the west we’re quite familiar with FPS games like Call of Duty and Battlefield. How would you compare CrossFire to those games? Battlefield and Call of Duty are very heavy games, very large games with high-end graphics. Why do you think CrossFire has been just as successful or even more so?

Jang: CrossFire is somewhat different from the other games you mentioned. It’s a very fast game, where mobility is much higher compared to other games. The sense of hitting and being hit is very different. It could be defined as a casual FPS, something different from popular western games. As you said, these other games have very high-end graphics, a lot of focus on the visuals, but CrossFire is a bit different. However, we are planning CrossfireX in partnership with Microsoft, a console game. We can’t say exactly when it will be launched, but the focus will be on high-end visuals combined with the inherent strengths of CrossFire.

If I could share some of the secrets behind the success of CrossFire, we did focus a lot on our localization strategy for the title, in order to gear toward very specific details of players’ needs. By the time we launched globally, a lot of countries around the world still had very poor quality network infrastructure. We worked to fine-tune our technology in order to make it more synchronized with different networks. It wasn’t so easy to do this, but we overcame the technical hurdles to make sure the game was in sync with whatever network was available in each country.

Many game development companies lose the essence of their games once they reach out to other countries. They fail to do the right kind of localization. We try to stick to the core features of our game, like that sense of scoring a hit and the speed that are the inherent strengths of CrossFire. Even if we had to change our UI a bit to better localize the game, we still try to maintain the game’s core assets as much as we can. Before we launch the game, we do thorough market surveys and research for successful localization. 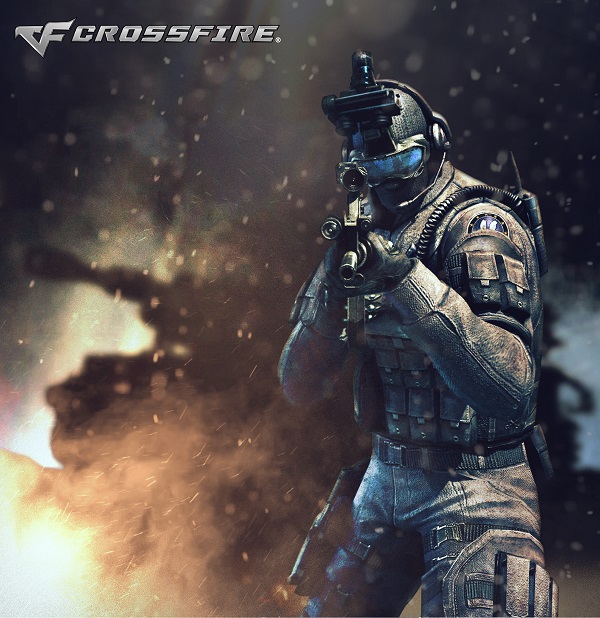 Above: CrossFire has more than a billion registered users.

GamesBeat: Can you tell me more about some of the best development decisions from the making of CrossFire? If there were any big mistakes that were made, how did you correct them?

But one of the mistakes that we made along our journey — because this is an FPS game, we thought that the fast speed of the game was our number one asset and a value that we should stick with. Many complaints came from players, though, about how they could be quickly killed by other, faster players. They didn’t want that. We added HP, a type of liquid energy, so they could increase their energy level. But that created a lot of resistance from users anyway. We had to have a rollback and the server went down for days, so that was a great loss for us. It was a key lesson for us, that we shouldn’t go out and just recklessly update different items without thorough research and testing around consumer needs.

Jang: No matter what game we’re talking about, we start very small, with a small team. Now we have about 500 developers, which includes people involved with both CrossFire, the sequel, the mobile game, and live operations.