GamesBeat: How do you keep the original culture of the team and the inspiration of the team strong when you add so many people? It seems like it would be a lot harder to do that with 500 people.

Jang: When we first started, it was like a little family setting. A very small team got together to design the game, and then it got very big. We have a lot of diversity in our thoughts and ideas with so many people getting involved, though. One thing that has never changed at all, from the very beginning, is we make sure that CrossFire remains a very fun game, even as we scale it further as much as we can. We want to make the CrossFire IP even better and expand into different fields.

The team itself is very big, so I have to think a lot about organization and management. We can’t just have face-to-face meetings anymore. We have a sophisticated pipeline to share information throughout the team. The purpose that we have carries on from the very beginning, though. That’s never changed, making sure that the game stays fun and we scale it further and further.

GamesBeat: How has CrossFire stayed so strong? It came out in 2008, and 12 years later, it’s still going strong. What do you do to keep it fresh?

Jang: We’ve had very stable updates every month. We provide new content to refresh the game to keep players coming back. It’s never boring. We make sure we keep up with current trends. We always keep an eye on the market and make sure it’s very trendy each time. Also, we work on better graphics. The engine is very old, of course, so we do a lot of R&D to keep it up to date. We’ve done more than 200 big updates by now. We’re always working to make sure it stays fun without falling out of date.

GamesBeat: What have you learned about your players? Why do they keep playing?

Jang: People who play shooters have very similar tendencies, but those who play CrossFire are a little bit different. They’re more fond of a very high-speed game. In other shooters, they’re often focused on camping and ambushes, sometimes moving very slowly and carefully. We don’t do that. Everything is very fast. That’s something all of our players have fun with. I think our players have very fast-moving eyeballs. [Laughs] That’s one thing I find they have in common. 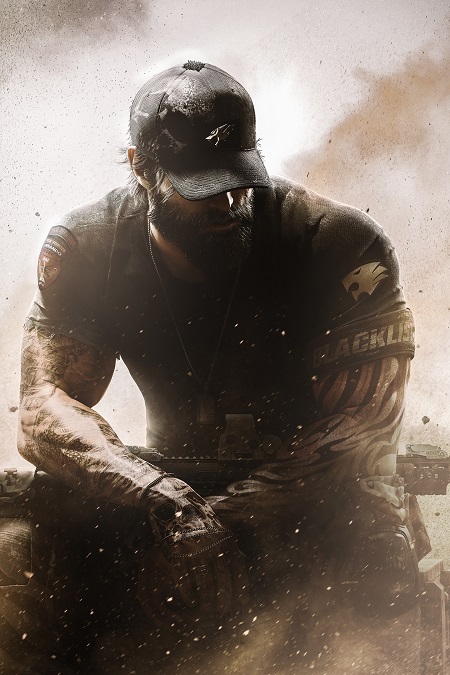 Above: Smilegate’s CrossFire gets continual updates.

GamesBeat: How hard have you tried to make CrossFire successful in the U.S. and Europe? How well has the game done there? Do you think it translates well to western audiences?

Jang: We have tried a lot to reach out to the North American and Latin American markets. We have a specific publisher, Smilegate West, to cover those markets. We’re trying very hard, and we do have a big fanbase there. I actually flew to Brazil myself for the marketing event where we introduced CrossFire there. The number of concurrent users has gone up there hugely. We’re doing quite well in those markets.

GamesBeat: What led you to working with Remedy Entertainment on CrossFire HD and CrossFireX?

Jang: Before we formed the partnership with Remedy, we were thinking of ways to appeal to a Western audience. We decided on building a collaborative mode with a western developer, and we got in touch with Remedy. We have a lot of strong game assets that could be used, and they’ve produced several excellent console games. We saw it as a good opportunity for a partnership. From Remedy’s perspective, they’re glad to be working with us, using Asia’s number one shooter IP. It’s a very synergistic partnership for both of us.

GamesBeat: A lot of game companies have had one very big hit, and then they spend a long time making their next game. What’s your strategy for making sure that your next game comes out successfully and comes out in a timely manner? Rockstar worked on the sequel to Red Dead Redemption for seven years, with as many as 2,000 people, which seemed like a wild amount of time to work on a sequel. How do you feel about making sure the next CrossFire game is good enough to live up to the success of the first game?

What’s most important when it comes to timing, though, is simply that the sequel is ready in terms of its quality. Is it well-made? We need to ask that question. With Red Dead Redemption, it took seven years to produce the best possible game.

GamesBeat: What has it been like to be a woman leading your company? Diversity in the game industry is a very big topic in the United States right now. What do you think about that issue?

Jang: As a developer myself, there’s no gender difference at all, really. It doesn’t matter whether you’re a woman or not. I’ve never really thought about my gender as CEO of the company. A leader of an organization is the one whose performance and leadership count the most, and nothing else. It doesn’t matter if you’re a man or a woman. Smilegate’s founder, Kwon Hyuk-bin, had the same spirit from very early on. There was no gender difference in the very beginning. He only focused on leadership and performance, and that’s why I’m here today at Smilegate Entertainment.

GamesBeat: How would you describe your personal management style? How do you get the best work out of your people?

Jang: I’m kind unique in that I’m a developer and CEO at the same time. Because I’m also a developer, I can focus on the working-level operations, while because I’m a CEO, I can set the stage for the company moving forward. I can talk about very detailed operational issues, as well as very broad long-term thinking. I’m always working hard to broaden my insights into the market as well. I’m at the forefront of leading this company as CEO, and I’m also trying to work closely together with our development operations. The good thing about having a developer as a CEO is that if things aren’t going so well, I can jump right into the problem and solve it. I’m a practical problem-solver as well as a leader.

Jang: I don’t see many women CEOs at game companies, within or outside Asia. I think it has a lot to do with the specificity of game development. For a long period of time, games have been dominated by male players, and the field was largely managed by men. But I still see an increasing number of women jumping into the field, so there’s no reason we shouldn’t see more women CEOs in the future. More and more games are oriented toward women now, even in the FPS genre, so I look forward to seeing more women playing these games in the future.

GamesBeat: With all the other games you’ve worked on and published that aren’t CrossFire, how do you approach those and inspire your teams to work on them? Why have you decided to pursue making more games beyond CrossFire?

Jang: One of the missions we have is to create a positive impact on society through games. That’s why we don’t just focus on CrossFire. We have a much broader lineup of titles, like you mentioned. We started in the shooter genre, but we can use the popularity we’ve created to approach many other genres in the market. We did make a lot of money and get a lot of love from the fans of CrossFire, but we still want to make even better games, bigger hits that are more fun, sometimes more educational, or even more meaningful to our users. Games are something that can bring education to people and refresh our users at the same time. We want to make a virtuous impact on society through games.

GamesBeat: Are there other topics that you’d like to touch on that I haven’t asked about yet?

Jang: We have CrossFireX for consoles coming up very soon, so I’m very busy working on that project. One thing we do have to announce is that in Barcelona, Spain we have a development studio working on a new triple-A IP. We haven’t made any official announcements about it yet, but we probably will quite soon. I hope we’ll see more players taking an interest in our games, and that a global audience will see what we’re doing as a company, as a game-maker.