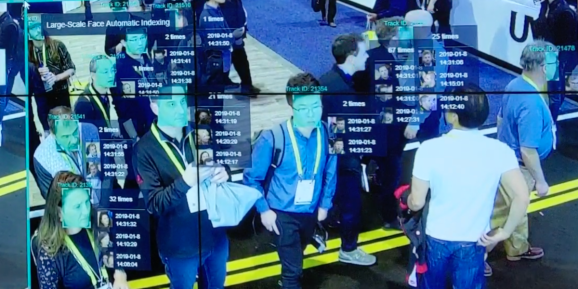 Members of the United States Congress introduced a bill today, The Facial Recognition and Biometric Technology Moratorium Act of 2020, that would prohibit the use of U.S. federal funds to acquire facial recognition systems or “any biometric surveillance system” use by federal government officials. It would also withhold federal funding through the Byrne grant program for state and local governments that use the technology.

The news comes a day after the Boston City Council in Pressley’s congressional district unanimously passed a facial recognition ban, one of the largest cities in the United States to do so. News also emerged this week about Robert Williams, who’s thought to be the first person falsely accused of a crime and arrested due to misidentification by facial recognition.

“Facial recognition is a uniquely dangerous form of surveillance. This is not just some Orwellian technology of the future — it’s being used by law enforcement agencies across the country right now, and doing harm to communities right now,” Fight for the Future deputy director Evan Greer said in a statement shared with VentureBeat and posted online. “Facial recognition is the perfect technology for tyranny. It automates discriminatory policing and exacerbates existing injustices in our deeply racist criminal justice system. This legislation effectively bans law enforcement use of facial recognition in the United States. That’s exactly what we need right now. We give this bill our full endorsement.”

Greer continued by saying that Republican lawmakers who call themselves privacy or civil liberties supporters who vote against the bill would “expose themselves as hypocrites.”

Criticism of facial recognition has grown in recent weeks as citizens call for police reform and even defunding police in order to reallocate funds and solve more problems without armed law enforcement. Amazon, IBM, and Microsoft agreed to halt or end sale of facial recognition technology for police earlier this month. In doing so, officials from all three companies called for federal regulation of the tech. Both Amazon and Microsoft declined to respond to questions from VentureBeat about whether their moratoriums apply to federal law enforcement.

The European Commission also considered a five-year moratorium of facial recognition use in public places earlier this year, but those plans were scrapped.

A lack of Republican sponsors means that while the bill introduced today could move forward in the Democrat-led House of Representatives, Republicans currently hold the majority of seats in the U.S. Senate and thus could block passage.