Kibler cruised to a 7-0 start, and he started to feel excited when he realized he had a shot at taking down the whole tournament. “I was sitting at first place overall in the tournament and essentially guaranteed a Top 8 finish even if I lost the last two rounds.”

During the eighth round, Kibler lost his connection to MTGO and couldn’t reconnect. Despite his record, he had to complete the final rounds or be disqualified and lose his spot in the Top 8.

“My heart sank. Was this really happening? I rushed to reopen the program and get back online. I input my username and password and sat stuck at the login screen. I closed and reopened the program and tried again.”

In a fit of pique, Kibler took to Twitter and recommended his followers delete MTGO.

“Being able to play Magic against people from all over the world at any hour of the day from the comfort of my own home is amazing,” he said. “I was even thinking in the middle of the MOCS how great it was being able to take my dog out for a walk in between rounds, or to be able to be playing in a legitimately meaningful competitive event with him on my lap. But the event can only be meaningful if you can reasonably suspect it will finish, so the results of your time and effort can actually matter. These days, that’s not a bet I’d be willing to make.”

As a result of Kibler’s excoriation, the MTGO economy crashed, losing 11% of its value in a single day. For a platform with an already rocky reputation and history, having one of its star players come out against it was serious business. Since then, Kibler has become one of the most popular Hearthstone streamers. Magic makes up only a small part of his content these days, but its presence has been growing since the release of Arena.

Above: Magic: The Gathering Online looks a bit archaic now.

Wizards released MTGO V4 into tumultuous post-Kiblergate seas. The first major release was a “Wide Beta Spotlight” in May 2014, which shut down V3, forcing players to the new platform if they wanted to play online. By July 2014, V4 was up-and-running and became the go-to platform for players as troublesome V3 was shut down. It’s remained in use ever since, adding many features, new sets, and cards along the way.

One of the best things about Magic is the opportunity it provides for a shared experience. There’s nothing quite like setting up for an evening with your friends, some snacks, and a couple decks of Magic cards. For pros, however, the requirement of being in the same place at the same time for long enough to practice was a problem solved by MTGO, enabling them to test new decks and strategies when and where they wanted.

And they didn’t even have to wear pants.

“I wouldn’t have a Magic career if not for Magic Online,” Luis Scott-Vargas told me when I asked about his history with digital Magic. “I started playing it in 2005, and it gave me the ability to play against the best and get way more games in than I would be able to otherwise.” He admits to spending more hours playing MTGO than he cares to imagine.

Scott-Vargas, 36, is considered one of the best Magic players in the game’s history, having won five Grand Prix tournaments to go along with his victory at 2008’s Pro Tour Berlin. From his home in Denver, Scott-Vargas writes for ChannelFireball, regularly streams Magic, and provides video commentary for major Magic events.

Over five years after its release, MTGO V4 continues to offer players of all stripes a deeper, fully  featured online Magic solution alongside its new flashier companion: Arena.

This looked a little more like the future, with a clean, modern aesthetic, but playing it felt more like a proof of concept that a developer might use to pitch Wizards on a fuller, more feature rich final product.

On November 26, 2019, Wizards announced  it was “removing Magic Duels: Origins from online storefronts and ending continued support for the game.”

Sideboard: The Troubled History of MTGO

For comprehensive and detailed histories of MTGO and its troubled development history, I recommend Saffron Olive’s “The Complete History of Magic Online” on MTGGoldfish and Rich Stein’s “Magic Offline” on Hipsters of the Coast.

The rise of Hearthstone 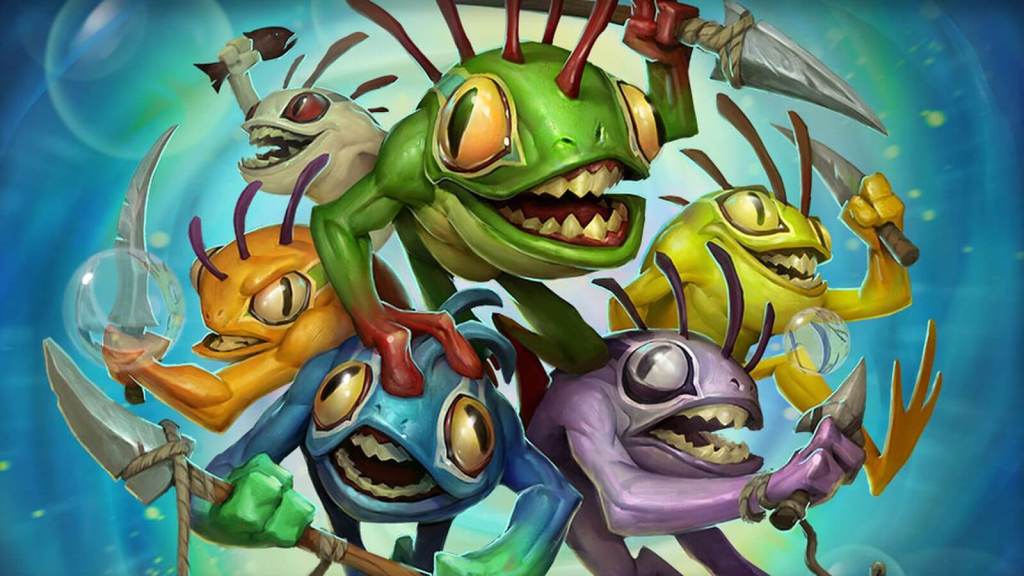 Above: Murlocs are sorta Hearthstone’s mascot.

If you want a laugh, dig up some predictions of the future from the ’60s. With “jetscalators” sitting next to robot butlers, 24-hour sunlight, and driverless cars, they could range from hilariously enthusiastic to startlingly prescient.

When MTGO was the only major online TCG on the market, it seemed like the future. Being able to have a feature complete Magic experience on the computer was nothing short of remarkable. Sure, the user experience needed work, but it was an immensely complex system and sacrifices were expected.

In March, 2014, Blizzard Entertainment released Hearthstone, an online collectable card game based on its immensely popular Warcraft universe. What started as a small project for the company soon blossomed into a hit—and made clear that MTGO was falling behind when it came to graphics, interface, and player experience.

Hearthstone lapped MTGO as it went on to set a new standard for playing, streaming, and watching digital card games. Not long after its release, The Verge‘s Ben Popper suggested that Hearthstone immediately succeeded in finding a mainstream audience where MTGO failed because it “found just the right balance between accessibility and depth.” Half a decade later, Hearthstone is one of the most popular games on Twitch, boasting over 100 million players, and Wizards is only just getting started with its true competitor.

Lewis is better known by his alias: The Professor. He runs Tolarian Community College, the most popular Magic YouTube channel, where he focuses on accessibility, consumer rights, product reviews, and making sure the game stays fun for as many players as possible.

“[Wizards] saw the extreme popularity and profitability of Hearthstone, and it just drove them crazy. Enter Arena, which is basically just trying to look and feel like Hearthstone, only with Magic cards. Then they went and paid Hearthstone streamers to stream Arena, and again, it’s like an episode of The Brady Bunch, with Jan walking around prom dressed like her older sister. It works for about 10 minutes, and then… .”