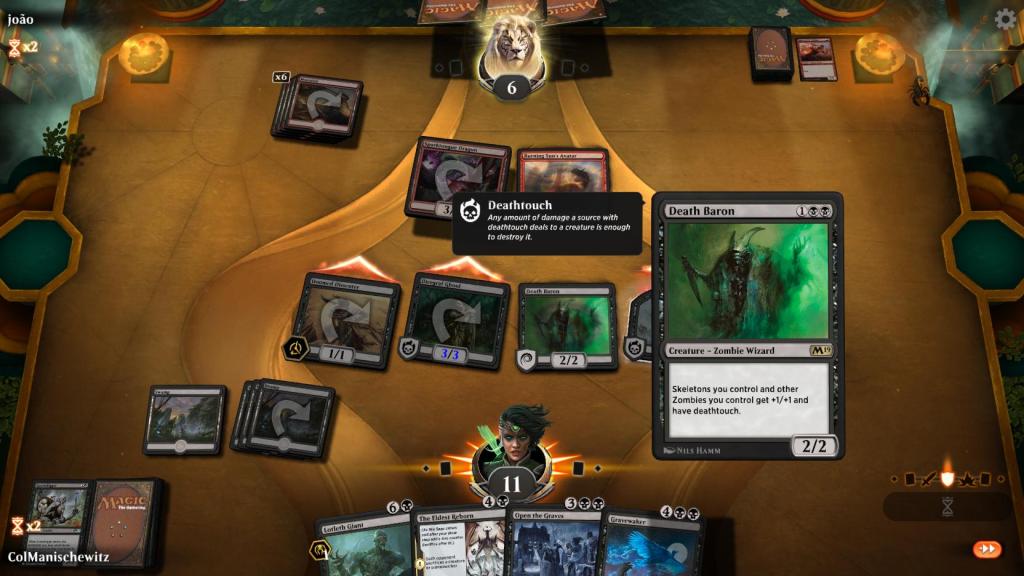 Above: Zombies remain one of the favorite decks of GamesBeat managing editor Jason Wilson.

Arena started accepting player applications for its closed beta in September 2017 This was the first chance for anyone outside of Wizards’s offices to get to play the newest digital version of Magic.

I got in during one of the first waves of Arena invites in November 2017, and I approached the game with cautious optimism. I hadn’t been impressed with Magic’s past digital offerings, which ranged from downright pitiful (BattleMage) to deep, but also deeply flawed (MTGO).

This first taste of Arena delivered a haphazardly dashed together client that leaned heavily into its beta nature. UI elements, like the competing players’ names, were just sorta … there, floating nebulously. Information wasn’t always easy to find. For instance, there was no way to view the battlefield when you were deciding whether or not to activate a card’s triggered ability. Cards would often overlap one another, making it impossible to interact with the entirety of the board. It was a far from perfect experience.

But it was fun.

“I did not expect to be infatuated with Magic: The Gathering — Arena,” said Polygon’s Charlie Hall. “But after only a single afternoon spent exploring the closed beta, I’ve found myself feeling those familiar cravings for one more round of play.

“Arena has that same addictive vibe as a good game of Civilization, and I’m already looking forward to the next incremental update. Not only does it evoke the tactile nature of the original card game, it tastefully enhances the experience and dramatically speeds up play. Overall, this game shows incredible promise.”

And I kept playing and playing.

Arena opened its gates in September, 2018 when it entered its open beta phase. At this point, anyone could sign up for Arena. For all intents and purposes, the game had launched. Digital Magic took its next step into the era of streaming and YouTube, esports, and loot boxes.

Spend five minutes with Arena, and it’s obvious how much it’s been influenced by Hearthstone’s immense success. The core experience is Magic, complete with its sometimes-clunky land system, but the user interface, animations and sound effects, and general flow are all designed to appeal to those who discovered digital card games through popular Hearthstone streamers like Kibler or Thijs.

“Arena, quite frankly, is awesome, and I feel embarrassed that I took this long to try it out,” said 2016 Magic World Champion Brian Braun-Duin in MTG Arena is the Future of Magic about two months after Arena moved into its open beta phase. “Arena is Wizards of the Coast finally putting together a beautiful digital product. I expected bugs, errors, things not working properly, lag, and so on and so forth. I have not experienced any of that even a single time, and I’ve dumped a lot of hours into the program in less than a week’s time.” 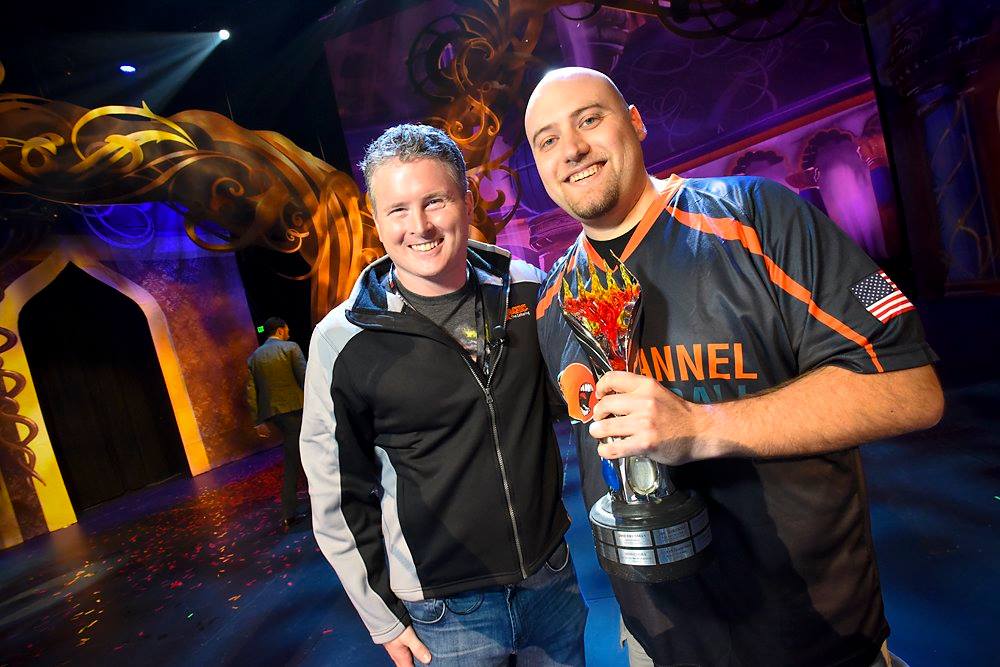 Despite his professional success, Braun-Duin admitted that at that time his love for Magic was at an all-time low. “I have only played Magic when at events or explicitly to test for those events, and I’ve only tested for events because I am part of a team and I feel an obligation to my team to contribute. Otherwise, I wouldn’t have played.”

All of that changed when Braun-Duin, pressured by his friends and other pro players like William “Huey” Jensen and Brad Nelson, logged into the new client. “Arena has rekindled my love for Magic.”

When MTGO first came out, it was alone on the battlefield. Conversely, Arena entered open beta at a time when Hearthstone was dominating Twitch, and other card games like Eternal, Artifact, and Pokémon TCG Online were carving out their own niches. Magic was finally in the race, but had a lot of catching up to do.

“In general, MTGO was good enough for most Magic players, but [it’s] not the type of client that would draw in players from other games,” said Saffron Olive. Arena, on the other hand, “is a version of Magic that a Hearthstone or Eternal player who has never played a game of Magic in their life can pick up in a few minutes and enjoy as they are learning. I’d say that without the success of Hearthstone, Eternal, and other similar online card games, Arena probably wouldn’t exist.”

In addition to being one of the best Magic players of all time, Scott-Vargas is a game designer at Eternal developer Dire Wolf Digital. “I believe that a rising tide does lift all boats, and having great games like Hearthstone and Eternal on the market expands the overall audience for Magic,” he told me. “More and more people are realizing that card games are awesome, and that’s great for all of the games in this space.”

Arena offers a different but complementary experience to MTGO, Cao told me. It “focuses more on the spectator than on the simulation, bringing the cards to life with video game visuals and feel.” He pointed out to me that 97% of Arena games are played as best-of-one, which forsakes the traditional best-of-three format that dominates MTGO and competitive Magic. “Right there, you can see that different groups of folks are choosing the kind of digital magic experience that most fits their tastes.”

Arena’s still behind Hearthstone, which is a top 10 game on Twitch according to statistics provided by Arsenal.gg, but thanks to Wizards’s promotion of the game through Mythic Invitationals, the Magic Pro League, and sponsorship deals with players and content producers, it’s closing the gap. Stu Grubbs, cofounder and CEO of Lightstream (which owns Arsenal.gg), told me that at its peak popularity in October 2018, Magic was “more than four times as popular in terms of hours watched on Twitch” compared to the period after Arena’s beta launched. Nowadays, it’s still three times as popular and is the 24th most popular game on Twitch, sitting around games like The Witcher 3, Destiny 2, and Teamfight Tactics. When Arena officially launched in September 2019, viewers spent over 7 million hours streaming Magic.

Wizards recently partnered with StreamElements for the “Magic: The Gathering Creator Program,” which provides tools and assets to make it easier for streamers to set up professional-looking content and take part in “challenges” that push them to pursue community focused activities like sending a large “raid” of viewers to another Magic’s streamer’s channel or streaming Arena for four straight hours.

“Wizards of the Coast is one of the most forward-thinking brands in the games industry which they’ve continued to demonstrate year-over-year,” said StreamElements CEO Doron Nir. “The gaming and livestreaming industry is continuing to grow at an incredible rate, so being an early adopter of the latest technology to keep pace with it should be the focus of every brand.”