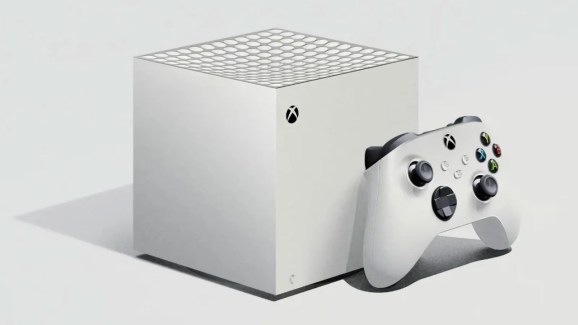 Microsoft has two next-gen Xbox systems in the works. It has spent months detailing the powerful Xbox Series X, but it isn’t talking about the second system at all. As more next-gen Xbox hardware and software gets out into the hands of developers, however, more evidence is building to support the existence of the second system, which has the codename Xbox Lockhart. And Microsoft’s current plan is to debut Lockhart in August, according to a Tom Phillips report out of Eurogamer that GamesBeat can independently corroborate through our own sources.

What is Xbox Lockhart? It’s a next-gen Xbox, according to people familiar with the project. But unlike the Xbox Series X, it doesn’t come with a massive leap in graphical power. But it will play all of the same games as the Xbox Series X. Beyond that, the specifics are more difficult to pin down. Various reports suggest it may have a similar CPU, SSD, and memory profile to the Xbox Series X, but Microsoft will have to confirm that itself.

And the company originally planned to have done that by now.

I reached out to Microsoft today for a comment, and it has not responded to that request at the time of publishing.

Xbox Lockhart was originally supposed to debut in June

When E3 (the Electronic Entertainment Expo trade show) was still in the works, that was the obvious opportunity to break down the strategy for a deeply engaged audience. But when E3 organizers canceled the event due to the coronavirus outbreak, Microsoft shifted to a series of monthly reveals called Xbox 20/20. Although, that didn’t originally include the May third-party Xbox 20/20 event. Microsoft always intended that as a sort of overflow for some of its partners.

Microsoft was in the planning stages to show Xbox Lockhart in the first half of June. The company even shared that outline with third-party developers. Microsoft scratched that and moved the event to August due to the Black Lives Matter protests against police. The company also wanted to give ample room to Sony to hold its PlayStation 5 reveal, which it publicly delayed also due to the social unrest. Since Sony didn’t originally provide a new date for the PS5 event, Microsoft moved Lockhart to August instead.

“We have not pushed anything back,” Greenberg wrote on Twitter. “Our plan remains to have our next digital show in July and teams are working hard on that.”

And as far as the public plans are concerned, Greenberg is right. Can a company delay something it never announced? I made that point in a tweet that Greenberg liked — which is something I found rather cheeky.

But Microsoft’s internal plans did change. And it seems unlikely that we’ll get any kind of monthly Xbox 20/20 event before June is over. That is despite a Greenberg post claiming that “June news will be done differently than Inside Xbox show. …”

Fans will instead have to wait for the first-party showcase in July, which may now also include some third-party partners as well. And then look out for Lockhart in the month after that.