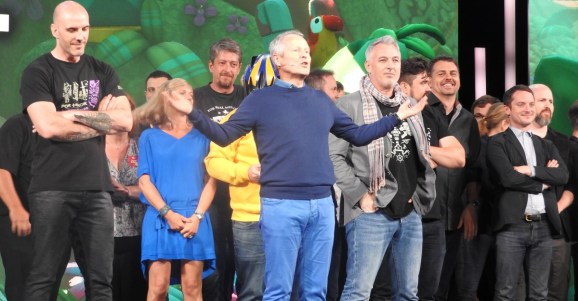 Ubisoft CEO Yves Guillemot told employees in an internal letter sent on Friday that the company will overhaul how it handles employee complaints in the wake of sexual harassment reports.

The letter, which GamesBeat obtained and Business Insider first reported about, is an indicator that game companies are responding to a wave of sexual harassment complaints that were made public in the past week on social media. While more than 267 complaints have been logged on social media chronicling the incidents of harassment and abuse in the game industry, Ubisoft stood out among big game companies in terms of the volume of complaints.

Guillemot did not specifically refer to sexual harassment or abuse in the letter. In response to the allegations, Ubisoft said last week that it was launching investigations with the help of external consultants and was prepared to take appropriate disciplinary action. Ubisoft also said it was auditing its existing systems to understand where they have broken down so it can better prevent inappropriate behavior.

On June 24, Ashraf Ismail, the creative director of Assassin’s Creed: Valhalla, stepped down from his role in Ubisoft’s next major game following allegations. Bloomberg also reported that Ubisoft placed Tommy François and Maxime Béland, two high-ranking game executives, on administrative leave pending investigations into their behavior. Other employees have been named in individual harassment complaints as well. Ubisoft declined to comment on ongoing investigations.

Here’s the full text of the letter:

I am profoundly affected by what I have been reading the past few days on Mana. I would like to express my deep solidarity to all those who have been directly hurt and assure you that I will personally follow each of the situations that have been reported.

These actions are in total contradiction with our values​​ and with what I want for Ubisoft. The company we hold dear must offer a welcoming and respectful environment, allowing everyone to flourish. I will not accept anything less.

I have gathered all of my direct reports to address this subject and your feedback. I would like us to thoroughly review all of our systems so that these types of situations cannot happen again. In addition to the first actions that Cécile has just shared with you, I’ve asked for a multidisciplinary working group to be set up across the company to take up these subjects. In particular, this group will have to come up with better solutions and tools to detect, report, and resolve any incident or serious problem without delay and in an impartial manner. To inform their proposals, this working group, aided by an external partner, will start by organizing focus group meetings to hear from you and get your points of view. I will regularly participate in these sharing sessions.

I am organizing a call on Monday with all your managing directors to discuss these subjects in more detail and to ask them for their full involvement and exemplarity on these important issues. I will come back to you soon with additional updates, and I want to say again that I am committed to safeguarding for each and every one of you a work environment of which we can be proud.

I am here to listen to you and am at your disposal via email or teams if you wish to contact me personally.