Teatime has a big hit on its hands with Trivia Royale, a mobile game in which 1,000 players compete against each other in a last-person standing trivia face-off. Gamers have downloaded the free-to-play title more than 2 million times since June 17, and it has been No. 1 in the iOS App Store for a few days — even ahead of free app leader TikTok.

That success has generated both stress and relief for Thor Fridriksson, the CEO of the Icelandic company. The stress comes from making sure the game stays available as it scales upward. The relief is that this success validates Fridriksson’s efforts, which started with the founding of Teatime in 2017.

This isn’t Fridriksson’s first trip to the No. 1 spot. He and his teammates were behind the success of QuizUp, a mobile trivia game that debuted in 2013 and had more than 100 million downloads.

“I’m exhausted, as it has been one hell of a week,” Fridriksson said. “It’s a dream come true. We had a lot of success with QuizUp, and to be honest, on a personal side, when things didn’t go the right way for us with QuizUp, I took it pretty hard. I also thought that maybe it was a lucky stroke that couldn’t be repeated. Now I feel like a weight has been lifted. We have been able to repeat the success.”

Glu Mobile acquired QuizUp maker Plain Vanilla Games in 2015. After QuizUp was sold, the core team that made the game moved on to Teatime, a new studio. They raised money from Index Ventures and Atomico and grew to a team of 20 people. 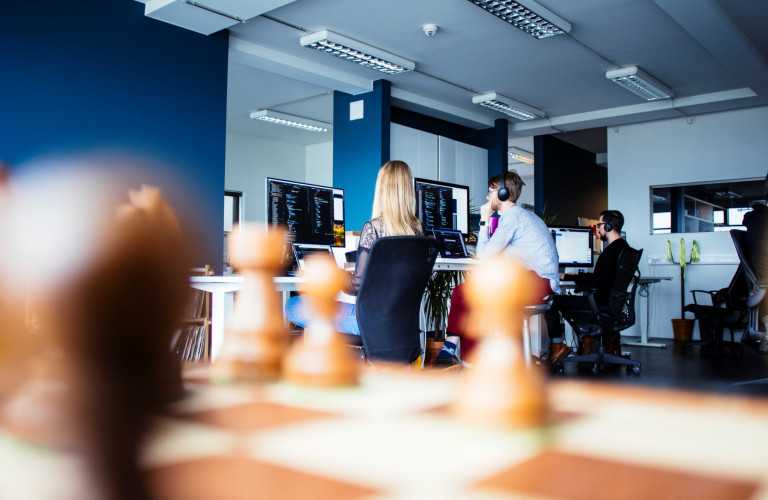 Above: Teatime Games is a new studio in Iceland.

Teatime set out to combine the fun of real-time games like QuizUp with the concept of battle royale, where typically a hundred competitors compete with each other to be the sole survivor.

If you win, you are classified as a Royale, or an elite class of player who can chat with other Royales. I won on my very first try in a test version. With victories, you can get enhanced social status, compete on leaderboards, and enjoy other fruits of success.

While it sounds fun, Trivia Royale’s success wasn’t a foregone conclusion. The team updated the app after launch to enable all players — even those who hadn’t won — to see some of the social features, such as the leaderboard. Once all players could see the social benefits, the game took off, Fridriksson said.

You start by creating your own animated avatar. You can customize your character’s look in many different ways, such as the shape of your eyebrows or the flatness of your nose. When I won my first game, I was further able to start decorating my character. For instance, I had enough virtual money from my victory to buy eyeglasses for my avatar.

The topics are all over the place, and each match has five questions in the round. If you answer more quickly than your rival, you get more points in that round. In the final round, the number of points up for grabs is double. Whoever gets the most points wins the round and advances to the next match immediately. 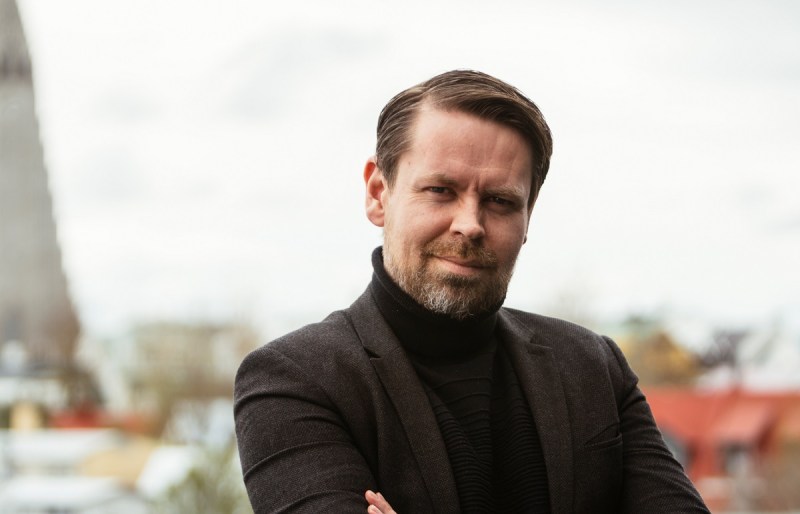 Above: Thor Fridriksson, the CEO and cofounder of Teatime Games.

The avatars were worth highlighting on social media, and the team recruited influencers to get them to spread the word. Fridriksson said the company approached influencers on mobile and recruited them to talk about the game. For the most part, the influencers loved the game.

“That helped the game blow up,” Fridriksson said. “Each post that they do gets thousands of people excited.”

One of the players has won more than 100 games already, which is wild because the company hadn’t expected fans to win more than 80 games for a while. Play sessions are lasting for a long time.

“We didn’t even dream that anyone would play that hard so quickly,” Fridriksson said.

The company uses a number of services, like Google Firebase, to make sure the supply keeps up with the demand.

“I don’t know why it’s so popular,” Fridriksson said. “Maybe teens have become lonely because of COVID-19 and this was just exactly the outlet that they needed to find new people to chat with. This is like a rollercoaster ride.”