Sony has invested $250 million for a minority stake in Fortnite maker Epic Games, the companies announced today. With the new money, Epic Games has raised $1.83 billion to date.

The companies said the deal cements an already close relationship and reinforces their shared goal to advance the state of the art in technology, entertainment, and socially connected online services. This close relationship was underscored in May when Epic first showed the upcoming Unreal Engine 5 graphics running on a PlayStation 5. As the company itself has disclosed, Epic Games raised $1.58 billion in three previous funding rounds. In 2012, the company received a $330 million investment from Tencent for a 40% ownership stake.

Under the deal, the investment enables Sony and Epic to broaden their collaboration, with Sony’s portfolio of entertainment assets and technology and Epic’s social entertainment platform and digital ecosystem (think Fortnite’s increasing use as a social space or the Epic Games Store), to create unique experiences for consumers and creators. The closing of the investment is subject to customary closing conditions, including regulatory approvals.

The deal is important for Sony because it needs allies in the upcoming console war. Later this year, Sony plans to launch the PlayStation 5 game console in competition with Microsoft’s Xbox Series X. But Epic has said that its Unreal Engine 5 and Fortnite will work with all game platforms, as Epic has generally been neutral when it comes to making cross-platform technology. If Sony gets any advantage from investing in Epic, it isn’t clear from this deal.

In a statement, Sony CEO Kenichiro Yoshida said that Epic’s technology keeps it at the forefront of game development and that is exemplified in the features of Fortnite. Epic CEO Tim Sweeney, meanwhile, said in a statement that both Sony and Epic have created businesses at the intersection of creativity and technology and they share a vision of real-time 3D social experiences that will lead to a convergence of gaming, film, and music. He also said the parties plan to build a “more open and accessible digital ecosystem for all consumers and content creators.”

The music reference seems like a call out to the recent virtual Travis Scott concert in Fortnite, which drew more than 27 million people. The mention of a more open and accessible digital ecosystem is also a surprise, as Sweeney has long been a proponent of open systems, while Sony has been an example of a company that protects its proprietary technology. Sony has, however, enabled Fortnite to function as a crossplay game that also lets friends play each other across other platforms.

The deal is different from the one that Bloomberg reported in June, which we independently confirmed, that Epic Games was seeking to raise $750 million at a pre-money valuation of $16.3 billion, with a post-money valuation (the value of the company after the deal is done) of $17 billion. Epic declined to comment on that deal.

Epic Games is both the developer and publisher of Fortnite, which has more than 350 million registered users. And it is also the creator of the Unreal Engine, a fundamental toolset for building many games (and increasingly, making movies and TV).

Bloomberg said in June that new investors participating in the separate round are T. Rowe Price Group and Baillie Gifford. Existing investors KKR & Co. will also participate, Bloomberg reported, citing unnamed sources. Epic did not comment on that detail either.

Epic’s financials, based on sources

As we reported earlier in June, Epic Games’ fundraising gave us a window into the company’s current financial picture, as the privately held Epic does not disclose its revenues or profits. Epic has declined to comment on the below numbers.

Sources told GamesBeat that in 2019, Epic Games reported $4.2 billion in revenue and $730 million in earnings before interest, taxes, depreciation, and amortization (EBITDA, a key measure of profitability). Revenue for 2020 is forecast to be $5 billion, with EBITDA of $1 billion.

In April alone, thanks to the pandemic, Fortnite revenue was $400 million, sources told me. In April, players spent 3.2 billion hours in the battle royale shooter, sources said.

In 2018, Epic Games did better than it did in 2019. Revenue in 2018 was $5.6 billion, with EBITDA of $2.9 billion, sources said. Epic used a lot of that money to invest in its Epic Games Store, expanding its staff for Fortnite and Unreal Engine, and some acquisitions. 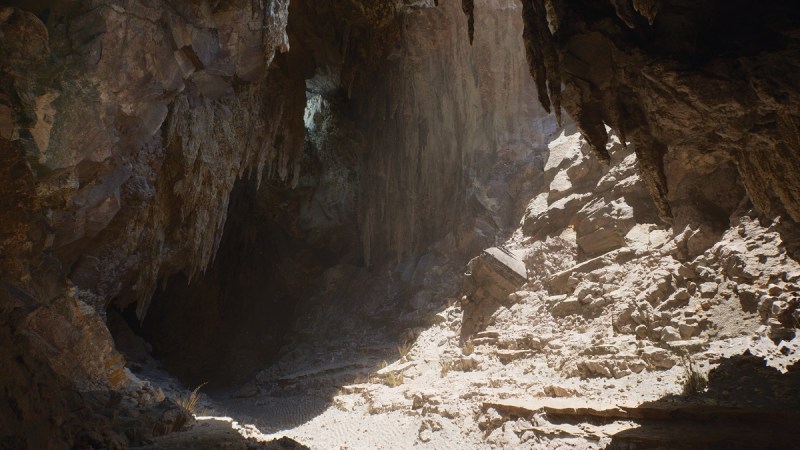 In 2017, the company received a strategic investment from Disney as part of the 2017 Disney Accelerator program. And in October 2018, Epic raised $1.25 billion at a $14.5 billion post-money valuation. Investors in that round included KKR, Vulcan Capital, Kleiner Perkins, Lightspeed Ventures, Smash Ventures, and Iconiq.

As part of the Unreal Engine 5 announcement in May, Sweeney said in an interview with GamesBeat that Epic had a close relationship with Sony. “We’ve been working super-closely with Sony for quite a long time on the storage architecture and other elements. It’s been our primary focus. But Unreal Engine 5 will be on all next-generation platforms, and so will Fortnite,” Sweeney said at the time.

Epic Games didn’t say what it would use the money for. But it’s a good bet the company will continue to make acquisitions, invest in its Epic Games Store, expand Fortnite, and drive toward the creation of the Metaverse. The latter is the universe of virtual worlds that are all interconnected, like in novels such as Snow Crash and Ready Player One. Sweeney has said this is one of his goals.