Bloodstained: Curse of the Moon 2 has me thinking of Mega Man 10. Mega Man 9 was the big retro revival for the series. And then developer Inti Creates did it again just a couple of years later with Mega Man 10. This resulted in another fun, challenging, nostalgic action sidescroller … just one that had less impact.

You can say the same exact thing about Curse of the Moon 2. Hell, Inti Creates is even the studio behind both it and its predecessor. While Castlevania isn’t in the name, this is a classic Castlevania experience inspired by the franchise’s older installments, specifically Castlevania III: Dracula’s Curse for the NES.

Curse of the Moon 2 is out now for PlayStation 4, Xbox One, Switch, and PC. I played the Switch version. I loved the first Curse of the Moon when it came out in 2018. The sequel does just as good a job of capturing the magic of old-school Castlevania.

This could be a simple review. If you liked the first Curse of the Moon, this is an easy recommendation. If you missed that 2018 game and are a fan of Castlevania III, then you need to pick it up and this sequel.

This doesn’t mean that Curse of the Moon 2 is a complete retread. Sure, just like in the first game, you can switch between four characters freely. But while you start with the same hero as last time, the sword-wielding Zangetsu, your three other companions are new and offer different styles of play. 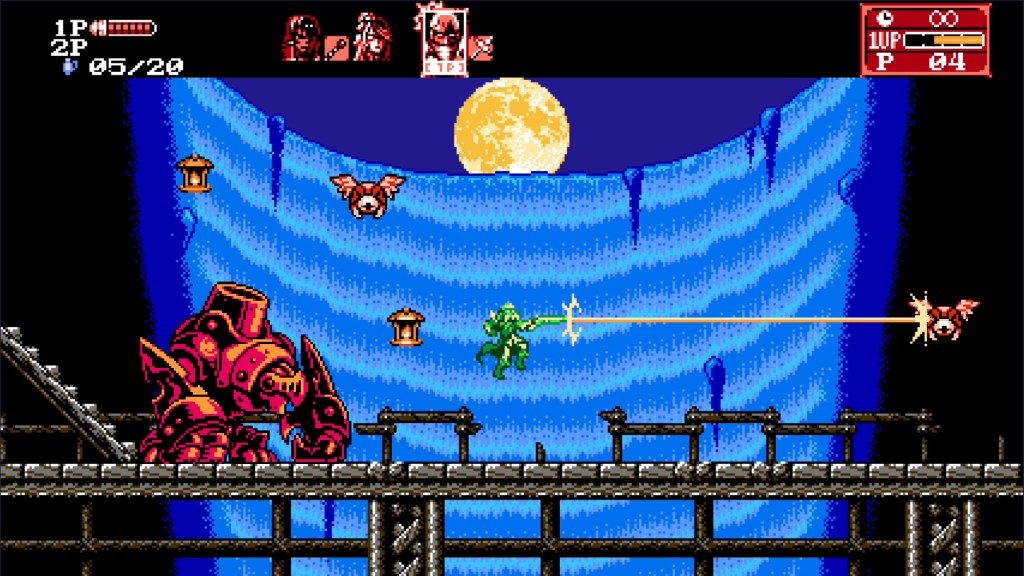 Above: That is some fine pixel art.

Dominique wields a spear that enables her to do some Scrooge McDuck-style pogo-ing off of enemies and containers. She also has a higher jump than the other characters, and she can use sub-weapons that can restore health and even bring dead allies back to life. Robert uses a musket for his basic attack, which gives him more range than all of the other characters. He can also jump off of walls and crawl under small spaces, so he can help you access special routes and shortcuts.

And then you have Hachi, a corgi piloting a steampunk mech suit. Hachi is a tank character. He has more health than the other characters, and his special ability makes him invulnerable to damage. Just like in the first game, a lot of the fun comes from switching between these characters on the fly, taking advantage of their strengths when needed.

Do it all again

But don’t worry if you love those original characters. You can eventually play as them, too. As with the first Curse of the Moon, you can replay the campaign multiple times with different characters and conditions. These new playthroughs make new paths and other surprises available, and you unlock new endings when you beat them. As satisfying as it is to beat the game for the first time, that isn’t close to the end of the experience.

I know I have spent most of this review talking about how similar this game is to its predecessor, but Curse of the Moon 2 does have some improvements and new features. You can actually play with two players in a co-op mode. Now, as you can imagine, having two people try to navigate a difficult Castlevania-esque stage at the same time can be difficult, but it’s still a nice addition.

The UI is also a lot more informative. It makes it clear how close you are to earning an extra life. Bosses also actually have health bars this time, which was an odd omission in the last game. 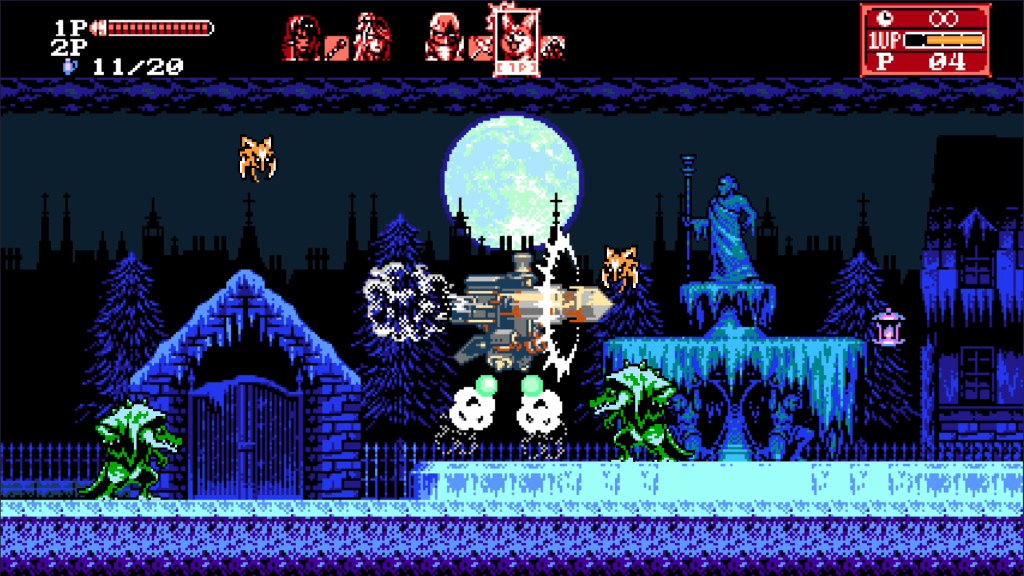 Curse of the Moon 2 didn’t need to innovate on much. The whole point of the series is to give Castlevania fans an experience similar to those classic 8-bit adventures. And Curse of the Moon 2 does that well, offering a fun and challenging sidescroller with beautiful pixel art and tons of replayability.

But it also lacks the nostalgic punch of its predecessor. Instead of feeling like the first new classic Castlevania game in decades, Curse of the Moon 2 is the first one in a couple of years. That’s really through no fault of its own, but just as Mega Man 10 doesn’t command the same reverence as Mega Man 9, I expect a similar fate for Curse of the Moon 2.

Bloodstained: Curse of the Moon 2 is out now for PlayStation 4, Xbox One, Switch, and PC. The developer provided us a code for the Switch version for this review.