I used to read Geoff Keighley’s Final Hours stories at GameSpot, before he went off to eventually run The Game Awards. It’s good to see him return to the written word, as it was a treat to be able to read his Final Hours of Half-Life: Alyx, which is his first feature story in many years. It debuted yesterday as a slick app on Steam, and it chronicles the making of Valve’s triple-A virtual reality game.

Valve is a hugely influential company in games, but it’s also way too secretive. It’s nice to see Keighley get the access to give us a peek at what it’s like inside the company. It’s like going inside a hidden kingdom. I used to interview people like Valve CEO Gabe Newell but his inner circle closed, and I don’t get to do that anymore. I get my share of interviews, but I do miss talking to industry leaders like Newell. Today, I get to live a little vicariously by peeking over Keighley’s shoulder. 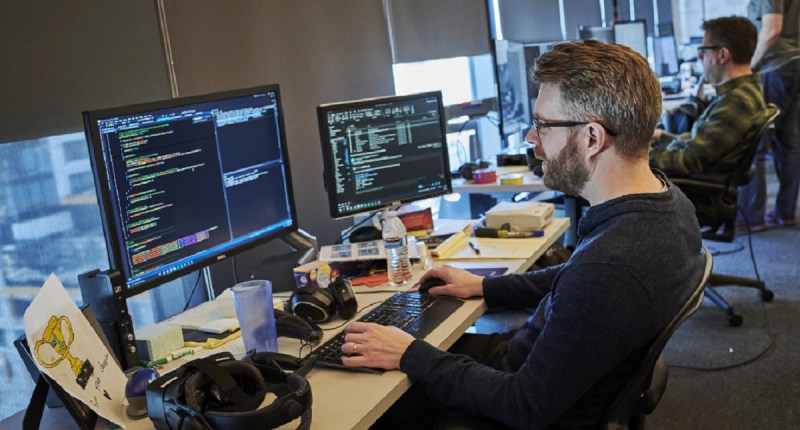 Above: Robin Walker was the lead for Half-Life: Alyx.

Keighley got great access to the whole team over a period of years so that he could write this story. After Valve came up with big hits in the Half-Life series, it started Steam, the digital game distribution service that has become the biggest seller of PC games. Steam is effectively putting retail chains like GameStop out of business (though lately, Steam is facing a challenge from the Epic Games Store). Steam generates so much revenue for Valve that the Bellevue, Washington-based company has the luxury of taking its time making games.

Valve remains small at just a few hundred people, but it hasn’t shipped a major Half-Life game since Half-Life 2: Episode Two appeared in 2007. Keighley said that Half-Life: Alyx made it out the door, but it was Valve’s sixth attempt to do something with the Half-Life property since 13 years ago. That is insane, and Keighley said this patience in making games is both a luxury and a curse.

“A lot of people came to Valve because of what they thought it represented, and it hasn’t always been that place the past decade,” product lead Robin Walker told Keighley. “For those of us who were here in our first decade, we knew Valve could still be that. Some of this project was about trying to give the people who joined Valve in the second decade that experience we felt in the first.”

It’s interesting that Keighley has some sharp observations. He said that Half-Life: Alyx is ambitious but is also “bordering on absurd” because the audience is so limited. Less than 1% of Steam customers own a VR headset. Yet Valve ran this project for four years with up to 80 people — about 25% of the total company. It’s the biggest game development team Valve has ever had, Keighley wrote.

Keighley started the 25,000-word story with an anecdote about James “Jay” Benson, who played the original Half-Life when he was nine years old and then later decided to dedicate his life to making games and getting a job at Valve. He was rejected a couple of times, but finally made it there in 2018 when Valve acquired Campo Santo, maker of Firewatch. He got a chance to work on Half-Life: Alyx.

Why so few games? 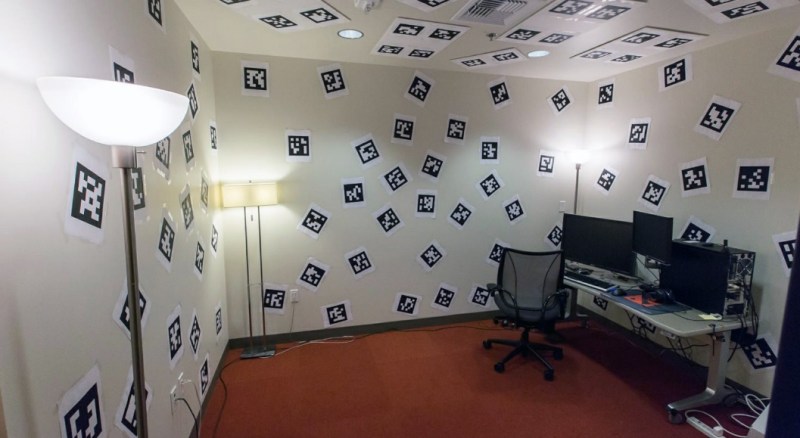 Above: Valve’s The Room was an early VR demo.

By staying small, Valve was able to keep its culture. But it didn’t stay nimble. It put itself in a bad position when it came to shipping games, as these days it sometimes takes the work of as many as 2,000 people (think Red Dead Redemption 2) to ship one blockbuster game. After Portal 2 shipped in 2011, Valve stalled, as it needed to focus on upgrading its Source game engine.

And upset by Microsoft’s moves to stifle innovation in PC hardware, Valve veered off into hardware in 2012 with its Steam Machines project, which attempted to use Linux to circumvent Microsoft’s software. Valve also began its efforts to revive virtual reality, which had been dead for decades, with the hiring of programmers such as Michael Abrash. Valve invested tens of millions of dollars in a hardware lab headed by Jeri Ellsworth, who eventually left and is now at Tilt Five.

By 2013, Newell changed his mind and laid off a bunch of the hardware team and pivoted to virtual reality. That move came just in time, as Facebook acquired Oculus VR in 2014 and threatened to monopolize the new medium. To counter that effort, Newell charged ahead with Abrash’s effort to create SteamVR. That presented the industry with a counter-force to Oculus, and it enabled players such as HTC to provide competition in VR hardware.

Meanwhile, games didn’t happen. One team started a title dubbed RPG, a role-playing game inspired by titles like Monster Hunter, Dark Souls, and The Elder Scrolls. But it never got past the concept stage. Another team of nearly 30 developers worked on Left 4 Dead 3, with a story set in Morocco where hundreds of zombies would descend on the players. The Source 2 engine couldn’t handle that. 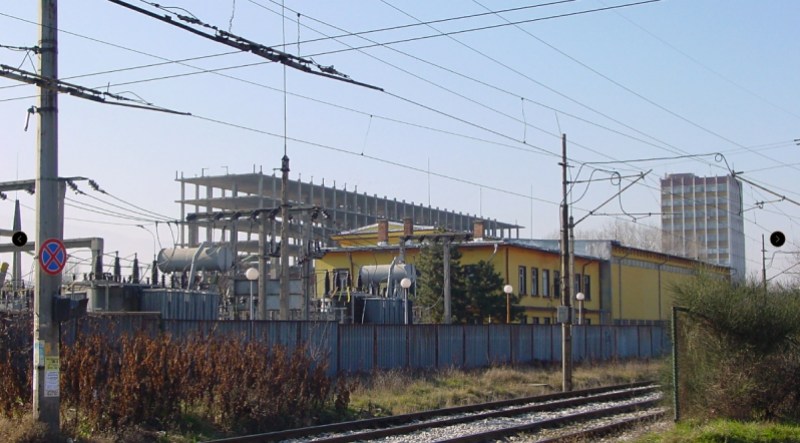 Above: This picture was one of those that inspired the setting of Half-Life: Alyx.

Dave Speyrer, another developer at Valve, headed the Half-Life 3 project from 2013 to 2014. That project envisioned something like Left 4 Dead, which was infinitely replayable, where the player would sneak into a building, liberate a prisoner, and then escape from crowds of guards who could be repositioned with every replay. These firefights would take place between crafted story moments populated with characters like the mysterious G-Man. But the shooter had the same problem that the unfinished Left 4 Dead 3 had: an unfinished Source 2 engine. Another team at Valve started creating another game engine dubbed A.R.T.I. Also in development were Dota 2, Team Fortress, and Counter-Strike.

Given Valve’s predilection for self-assembled, self-managed teams, all of these projects suffered from a lack of resources. Walker felt like the company was lost in a wilderness, as the teams had all chosen to spread themselves too thin. Valve wasn’t shipping anything. But by 2015, VR was gaining steam, as Valve competed with Oculus in a race. It created the Robot Repair VR demo for the 2015 Game Developers Conference. 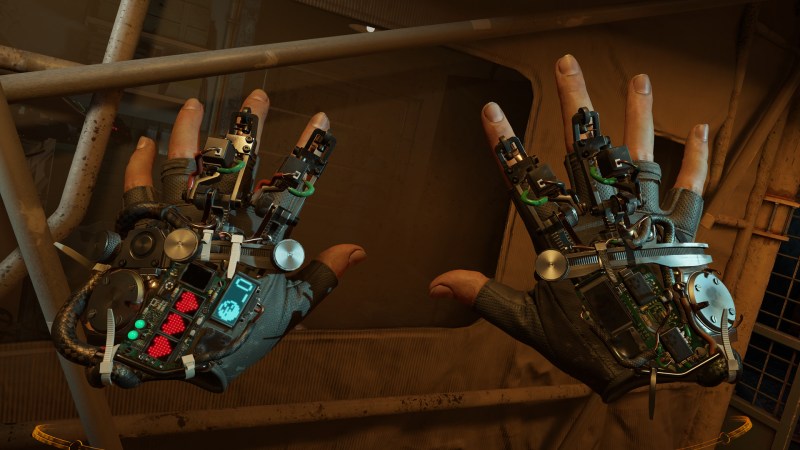 Valve partnered with HTC, which set up the HTC Vive VR headset to ship in early 2016, about the same time that Oculus would ship its first Rift VR headset. During 2016, Valve shipped The Lab, a series of eight VR experiments. It was cool — with demos such as shooting arrows  — and it brought VR to life, but it wasn’t a full game. And it was missing the coolest demo of all: a Half-Life style shooting demo dubbed Shooter. That was another half-completed project. Marc Laidlaw, a writer on Half-Life, wanted to create a Half-Life VR game dubbed Borealis, but the project never gained traction inside Valve and got shut down. Laidlaw retired from Valve.

Valve still didn’t have to worry with all of these cancellations. Steam was still a gold mine. Dota 2 was a big hit as a multiplayer online battle arena game. Counter-Strike: Global Offensive was turning into a big esport. But Greg Coomer and Walker felt they had to rally the team around a compelling project that wouldn’t get stuck in the wilderness. That turned out to be Half-Life: Alyx, a limited-scope VR project set in the Half-Life universe. It wasn’t as ambitious as Half-Life 3, but Valve just might be able to ship it.

Walker, Dario Casali, Adrian Finol, and Michael Coupland started the project, code-named The Prototype, in February 2016. Walker was the de facto lead. The original plan was to reuse Half-Life 2 assets, but the scope of the project outgrew that plan. It was set in between the events of Half-Life and Half-Life 2, which is a 20-year gap in the game fiction. It would star Alyx from Half-Life 2, but she would be in a younger, less capable state. The game started to feel like a full-blown prequel to Half-Life 2. And that made some people wonder if it was worth it, given the small VR market. But the team saw it as having the potential to be the killer app for VR.

During a company trip to Hawaii, Walker and his team managed to talk more people into joining the project, a vital step to getting the firepower to ship. Those employees grilled Walker about why this game was going to ship and not get canceled. Newell gave the media a small tidbit in 2017, telling them that three projects were in the works: Alyx, the A.R.T.I. project, and third project, SimTrek. Only Alyx moved forward. And Valve also had a new VR headset in the works with better technology and controllers. This one, codenamed Vader, would be Valve’s own headset, in competition with its partner HTC. 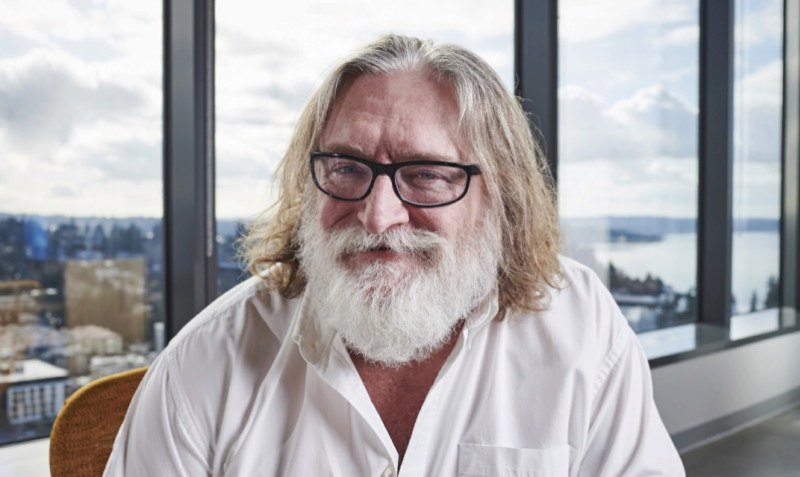 Above: Gabe Newell is the CEO of Valve.

Vader turned out to be too ambitious, and it would have cost $5,000. Instead, a project code-named Frank became the Valve Index, an impressive but slimmed down $1,000 VR headset that had innovative Knuckles controllers, which enabled more realistic and believable hands. On the story side, the team had to invent new ways of telling a story in three dimensions where a player could be looking anywhere. The team had to craft weapons that felt good in VR.

By 2018, the company was running tests in a secret room right behind the reception desk in Valve’s headquarters. The scope had expanded from a 5-hour game to almost 15 hours. The entire company played the game over the holidays in late 2018.

But the story disappointed the testers. That was a bummer. Just a month earlier, Valve managed to ship Artifact, a collectible card game based on Dota 2, to poor reviews. In January 2019, the Alyx team had reached its peak of 80 people, compared to four in February 2016. At that point, they decided to redo the whole story, keeping the rest of the game intact. The plan was to do that and ship it in six months. It was like CPR for the story.

Three writers — Jay Pinkerton, Erik Wolpaw, and Sean Vanaman — marched into Newell’s office to pitch him on a radical redo of the plot, which involved bringing back a dead character. Newell gave the green light, though they had to do it with the constraints of the existing assets created for the previous story.

The game ended up with a 280-page script, compared to 128 pages for Half-Life 2 and 18 pages for Half-Life. To give an idea of the complexity of the game, the team created 106 different plants, each with 200 different components, for Alyx. Some of these things would quite possibly never be seen by the gamers. 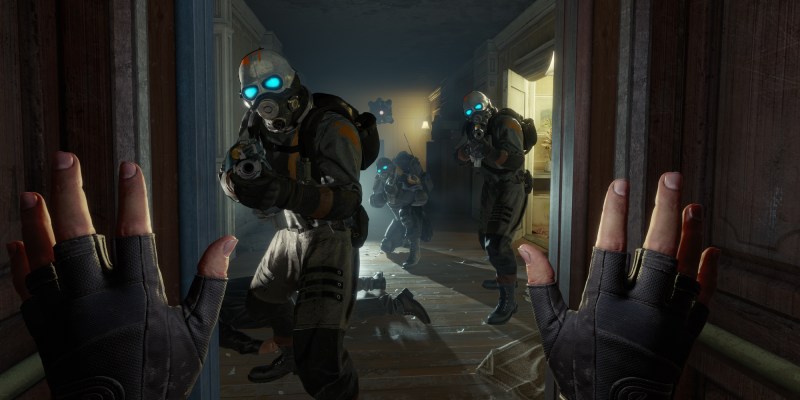 Above: Half-Life: Alyx brought the series back … and into VR.

By the fall of 2019, there were still some big unfinished levels, like the Vault, which took the player through a series of puzzles and a big grenade fight. The team reset its release date from Fall 2019 to March 2020. As Valve began to signal to fans what was coming, it was worried that they might think the game was really Half-Life 3. It announced the game on November 21, 2019.

Fans were excited. By March, Seattle was a hotbed of COVID-19 cases. The pandemic forced everyone to work from home in the final weeks. But Valve was able to make changes all the way up to the all-digital launch on Steam, something it couldn’t do at all in 1998 with the original Half-Life. It debuted on March 23 on Steam, a 16-hour game made in four years, or roughly a year for every four hours. The game received accolades, but its sales haven’t been announced and are limited by the size of the VR market.

Keighley didn’t say what is coming next, or if Half-Life 3 is in the works, but he said another small team at Valve has been working since the first part of 2018. The hardware lab is busy on a new project. Let’s hope these ones won’t get lost in the wilderness.