I’ve enjoyed Japanese role-playing games ever since I first encountered the likes of Dragon Quest and Faxanadu in the late 1980s (earlier if The Legend of Zelda counts in your JRPG book, as it does in mine). I’ve played most of the big franchises since then, but I’ve never been able to get into one of them: Ys, a long-lived action-RPG series.

On Tuesday, Dotemu announced it’s bringing a modernized Ys Origin to the Switch, with a special boxed version from Limited Run Games. It’s coming later this year. I’ve never played this installment, which publisher/developer Nihon Falcom first launched in 1987 (Xseed is one of the series’ publishers in the West). This kicked off a franchise that would grow to 16 releases (some of which are remakes).

Ys stands out from the likes of Persona and Final Fantasy in several ways. It has an action-based combo system for combat, and it has some platforming elements as well. The first game is about ridding the land of demons. I’ve never played this, and I’m looking forward to giving it a spin.

I’ve only dabbled in Ys. I tried Ys VIII: Lacrimosa of Dana when it came to Steam in 2018, but it kept crashing, and I never went back to the port. I have Ys: Memories of Celceta on my PS4 (a 2020 rerelease of the 2012 original), but I’ve only put about 30 minutes into it. I have no good reason for never playing any of the older games and learning about this long-lived JRPG franchise. It’s a gaping hole in my knowledge.

But I think with Origin, I’ll begin to fill that hole and experience why this series has not just survived for 33 years but also charmed hundreds of thousands of players.

French publisher Nacon (né Bigben Interactive) held an online shindig Tuesday as the relentless march of “Not E3” continues. During this presentation, it revealed Steelrising, an action-RPG from Spiders (the makers of Greedfall, Bound by Flame, among others).

Steelrising has an intriguing setup: It takes place on an alternate Earth in Paris during the French Revolution (Greedfall’s setting takes place in a similar gunpowder-and-magic era). Here, though, King Louis XVI’s troops aren’t the blue-clad legions that would later storm a continent — they’re metal soldiers. And one of the characters look likes some sort of automaton (I hesitate to use the word “robot,” as that’s not clear from the trailer).

Spiders has a reputation for building intriguing worlds, but its games tend be more ambitious than its teams can handle, often lacking polish and having camera/control issues and bugs. It fits Nacon’s desire to fill the double-A market niche. I’ve always enjoyed them, even if they could be better. I’m eager to learn more about Steelrising, especially since it’s Spiders’ first announced project since Nacon acquired it in July 2019. 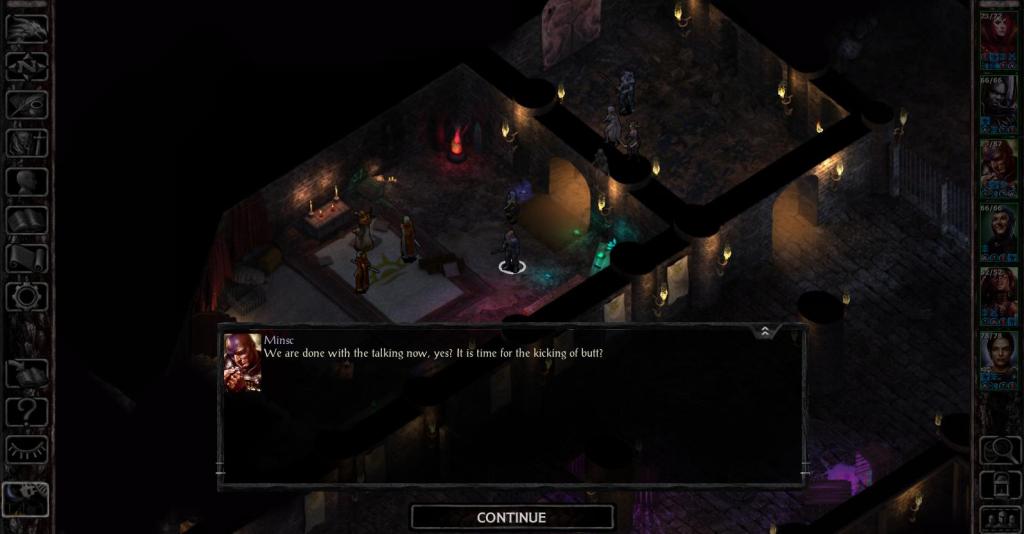 As the pandemic rages on (and is surging in many places in the United States), I’ve had some trouble getting into games … especially new ones. I was craving an old-school RPG, but I didn’t want to replay one of the excellent Pillars of Eternity or Divinity: Original Sin games (too soon). Nor did I want to replay a game I’ve been through a dozen times, like Baldur’s Gate or Icewind Dale.

Then I remembered Baldur’s Gate: Siege of Dragonspear. This 2016 expansion is a story that slides in between the original BG and the sequel, Shadows of Amn. I’ve only played it once, when I reviewed it, and on that run, I had to skip a sidequest or two (or more) to make the review embargo.

Take the Dwarves of Dumathoin questline. It’s set in a cavern complex just off from one of the early main areas. But because I was cranking on a review, I didn’t finish this area. The mines are full of undead as well … with a necromancer’s dungeon underneath.

To my surprise, I found this dungeon to be full of challenging encounters with the undead and a couple of cool puzzles, leading up to an encounter with a lichlike monstrosity. I’m glad I finally dug into it. And I’m glad I was able to get into something that wasn’t either tied to a review or a card game (for some reason, those have clicked with me even more during the pandemic).

Maybe it’s Ys: Memories of Celceta time after all!

The D20 Beat is GamesBeat managing editor Jason Wilson’s column on role-playing games. It covers video games, the digital components of traditional tabletop RPGs, and the rise of RPG streaming. Drop me a line if you have any RPG news, insights, or memories to share … or just want to roll a digital D20 with me.