Anna Sweet is the new chief executive officer of Bad Robot Games. Sweet, who is a games-industry veteran, will oversee efforts to build games in collaboration with the Bad Robot movie studio. Star Wars: The Force Awakens director J.J. Abrams founded Bad Robot in 2001, and he is now trying to expand into gaming. And Sweet is going to help him do that. 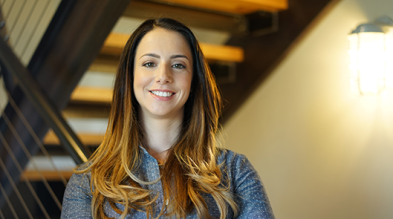 In her new position, Sweet will have Bad Robot Games act as a co-development partner with external studios. They will create games for consoles, PCs, and smartphones. Bad Robot’s involvement will focus on building worlds and storytelling. It will also provide creative direction, music, sound design, voice acting, and visual artists. Sweet and Bad Robot Games did not reveal any projects that are in the works.

Abrams founded Bad Robot Games in 2018 and appointed long-time company executive Dave Baronoff as president. Abrams, Baronoff, and Sweet all met when Abrams started a collaboration with Valve while Sweet was still working at the Half-Life company.

“From the moment we first collaborated while Anna was at Valve, I’ve been looking for opportunities to work with her again,” Baronoff said.

Now that they are all working together, Sweet says she’s going to use Bad Robot to explore new experiences, worlds, and stories in the medium of games.

In addition to Valve, Sweet also worked at Facebook as head of Oculus’ game content and developer strategy. Now she’ll get a chance to apply that expertise in a CEO position.