Rogue Games is announcing that Reggie Fils-Aimé, the former (and beloved) president of Nintendo of America, is joining the indie game publisher as a strategic adviser.

The Los Angeles-based company publishes mobile and PC games from small or mid-size indie game developers, but it is moving into the console market, and that’s why it needs advice from an expert like Fils-Aimé, who retired from Nintendo after 15 years in April 2019. As the new consoles come this fall from Sony and Microsoft, Rogue Games is expanding to console and PC gaming platforms from Nintendo, Microsoft, and Sony.

Fils-Aimé will advise the board of directors, which includes CEO Matt Casamassina, Dmitry Grishin, Andre Bliznyuk, and Chris Carvalho. Casamassina said in an email that Reggie, as he is known, brings unrivaled experience in the console arena which is invaluable to Rogue Games now.

Fils-Aimé said in an email that he was impressed with Rogue’s vision for the consoles on platforms like the Switch. Over the last few years, Rogue Games has moved early onto new game services such as Apple Arcade and Google Play Pass with titles like Super Impossible Road, Sociable Soccer, Hexaflip: The Action Puzzler, and Outsider: After Life. Above: Reggie Fils-Aime is retiring as president of Nintendo of America.

More game details will be announced this summer. In an email Q&A with GamesBeat, Fils-Aimé said the following:

GamesBeat: Why have you taken the advisory role?

Fils-Aimé: The benefit of being retired is that I get to work with people I like and companies that I feel are doing unique and valuable things. In Rogue’s case, I have known Matt Casamassina and Chris Archer for years. They do things the right way and are willing to benefit from my years of experience. And they are leading an incredibly talented team who have a fresh vision for how to do digital games publishing. They have a great eye for games, some of which you’ll start to hear about soon, and Rogue is building a brand that I think players will come to recognize and appreciate. Meanwhile, despite being relatively new to the scene, Rogue has already emerged as one of the leaders in the growing “Netflix of Games” subscription option announced by Apple, Google, and others. So all of this is very exciting to me. And I think my experience and relationships are very attractive to Rogue as it expands its portfolio to include more traditional gaming platforms.

GamesBeat: What are some general leadership tips you have for game startups?

Fils-Aimé: Wow, this is a much longer conversation, but let me try to boil it down to a couple of pieces of advice. No. 1, strive to make something exceptional. I know, easier said than done. I’m not necessarily speaking to the execution, though. That’ll come later. I’m talking about your initial concept. Is it original? Does it innovate? In other words, why does it exist and how does it stand out? If you can’t answer those questions, you’ve got a problem. And No. 2, keep an open mind and stay flexible. I’ve seen a lot of startups fail in the long term because their game concept or technology just didn’t resonate and they refused to change course. It’s the same with just about any medium: it’s the creators who aren’t afraid to adapt that stay relevant. 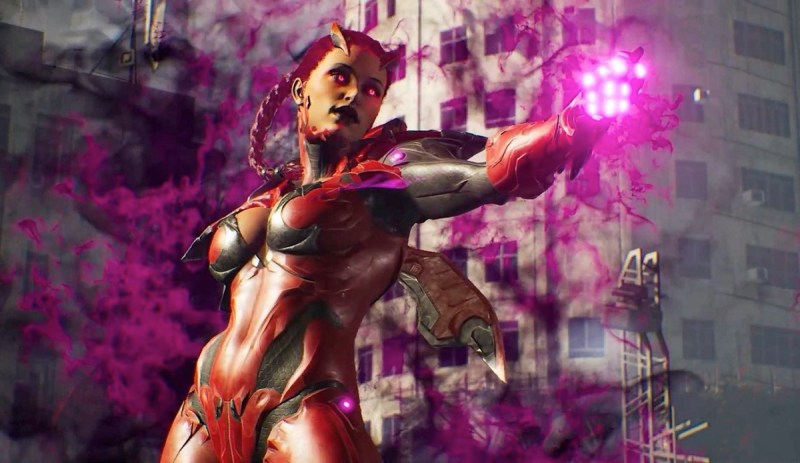 Above: Coreupt is a console game coming from Rogue Games.

GamesBeat: In a time of MeToo, Black Lives Matter, and COVID-19, what is your advice for indie game makers?

Fils-Aimé: Again, that is a big question. You need to have integrity. You need to do what is right, no matter how hard. These are basic, but in these challenging times, any crack in character or culture is devastating. Regarding indie game development, keep doing what you’re doing. I’ve seen a tremendous amount of diversity in the indie community. Diversity in the workforce, diversity in the games themselves. I have had the benefit to meet with indie game developers from all over the world. They create in-game characters who represent different backgrounds and beliefs. These games are telling highly original stories with bold, explorative themes. And they are embracing a range of different business models and platforms. In my mind, this gives the indie games community a distinct advantage in this challenging time.

GamesBeat: Do you think that indies will be able to grab much of a share in the next-generation console market?

Fils-Aimé: Short answer is absolutely and I know this is a position that the folks at Rogue share with me. It seems to me that indies will always have a place in the industry. Look no further than the spectacular lineup of games on Nintendo Switch, many of which come from a booming community of indie developers. And remember that the indies today may be the juggernauts of tomorrow. Minecraft wasn’t always the institution it’s become today. Who’s to say that a studio like Hello Games can’t be the Mojang of the future? It doesn’t matter if you’re EA or one guy working on his dream project after work — you make the right game at the right time and players will be there for it.

GamesBeat: How should smaller publishers and developers play the new console cycle?

Fils-Aimé: Again, this is a deep question for a guy who has had a role in many new console launches. But the opportunity is clear: Figure out where the gap is and fill it. You don’t necessarily need blockbuster budgets to do this. You just need fresh game concepts. One of the reasons I’m happy to be advising Rogue is that they’re building a portfolio of super polished, but also unique and stylish games. Fast forward a year and the hope is that you’ll be able to spot a Rogue game the moment you see it and you’ll be able to count on it being not just a quality experience, but something different. Maybe that means the gameplay proposition will be something you’ve never seen before. Maybe that means that the concept will be so extraordinarily weird that you can’t help but smile. The great thing I’ve found about this industry is that there’s always room for companies who approach things a little differently.