You can sign up on Google Play. It will launch there and on the iOS app store early next year. That’s a long way away, considering Wonderful Worlds as been in the works for nearly three years. But that shows that mobile developers are being far more deliberate about how they create and launch their games than they have been in the past.

The Montreal-based Ludia is creating a game that features a “Wish Upon A Star” storyline as players build and customize their Disney theme park. Match-3 games are a competitive space with broad audiences. Zynga recently teased that it’s almost done with its competitor, Harry Potter: Puzzles & Spells. And in November, Jam City launched Disney Frozen Adventures. They’re all taking on King’s Candy Crush Saga.

Ludia has been working with Disney and Pixar Games to try to capture the feel of Disney Parks attractions and characters in the puzzle game. Players solve match-3 puzzles and earn new attractions that they can put in their own unique Disney Parks. 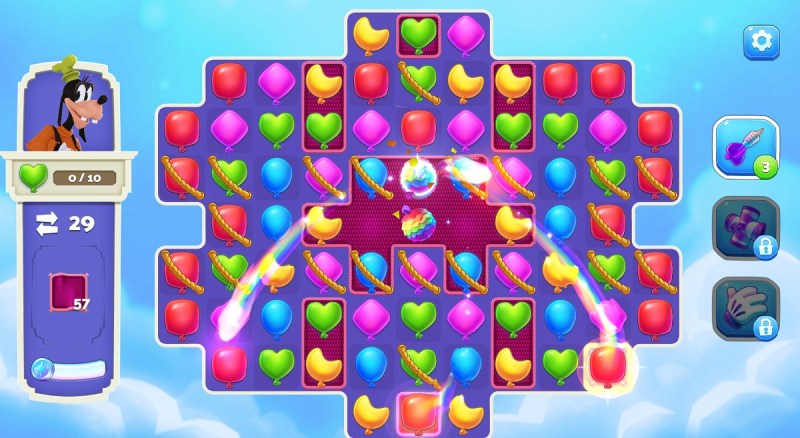 Above: Disney Wonderful Worlds is a match-3 game about theme parks.

Ludia has become one of Canada’s biggest mobile game companies. It has made games with big entertainment partners before, including Jurassic World Alive, Dragons: Titan Uprising, Warriors of Waterdeep, What’s Your Story?, Jurassic World: The Game, Teenage Mutant Ninja Turtles: Legends, and Dragons: Rise of Berk.

Wonderful Worlds is the latest of many mobile games that Disney has approved in recent years. While the media giant stopped making its own games, it has licensed a number of game companies — EA, Ludia, Scopely, Jam City, and Glu — to make titles based on Disney properties.