As I was meeting my perspective colleagues for my first job in the enthusiast press, lo so many years ago (2006!), they of course asked me about my favorite games. I had three answers: X-Wing, Baldur’s Gate II: Shadows of Amn, and Final Fantasy Tactics.

Tactics came out in 1998 in the United States, and Square Enix hasn’t touched it since 2007. Meanwhile, we’ve had lots of fantastic strategy role-playing franchises, like Disgaea, Fire Emblem, and Tactics Ogre, along with a number of indie riffs on the concept (such as Fell Seal: Arbiter of Fate). But none of them have given me that same feeling (though Fell Seal comes close).

The most recent SRPG of this ilk is Fae Tactics, which is coming out July 31 on PC. It’s from developer Endlessfluff Games (love that name!), and Humble Bundle is publishing it. I’ve been playing it since Wednesday, and I’m digging its take on SRPGs — one that is giving me that good-ol’ Final Fantasy Tactics feeling.

You play as Peony, a young human mage. She’s cute and colorful, much like the rest of Fae Tactics’ cast. Her first companions are a faithful pooch (his specialty is protecting your units from attacks) and an adorable birdie (she heals and uses water-based attacks). The soundtrack is catchy, like what you’d find in a number of fun indies that riff off JRPGs.

A few features stand out about Fae Tactics so far: 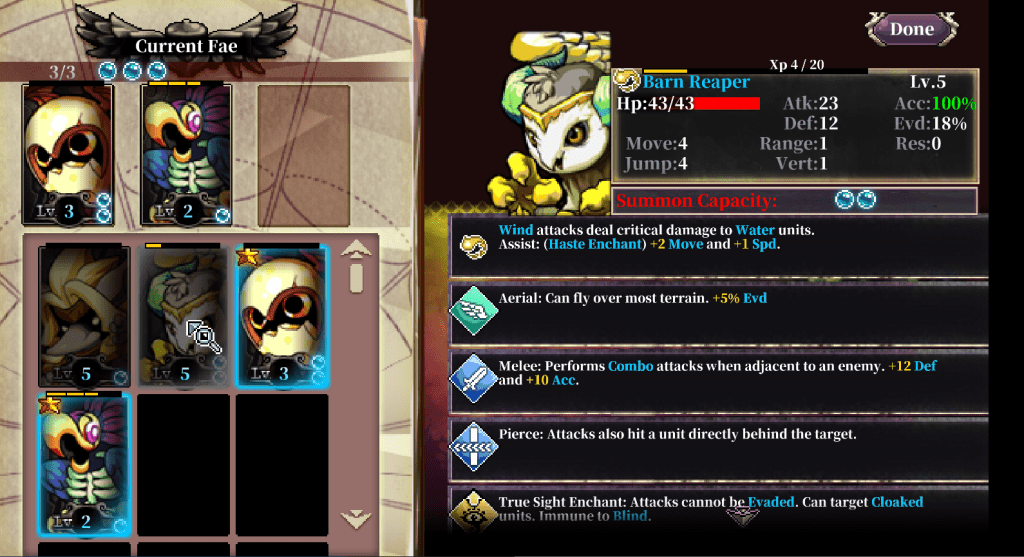 Above: This stable of monsters will help you in your quest.

So far, combat has been stimulating, if not that challenging. I imagine battles will get harder as I delve deeper into the story and encounter stronger adversaries. The music is a breezy bop, and the visuals are retro-gorgeous. I found myself playing for about 2 hours one night, and the cute and positive tone revitalized me (I don’t know about y’all, but the pandemic has sure sapped my spirits).

Even the early quests are cute — you’re looking for bike parts, but the shopkeeper tells you they’re having problems because of bandits. I can’t remember the last time I was looking for bike parts in an SRPG (though the game’s description, noting the tension between humankind and the fae, is an omen for more ominous happenings).

This is a welcome time for a game like Fae Tactics, and I hope I keep digging its world as I keep playing it over the next few weeks.

Monster Rancher made its debut 23 years ago yesterday (that’s Friday, July 23, for y’all reading this after its publication). Now, I have a maddening tendency to avoid the popular stuff while finding something similar-yet-different. So while y’all were going ga-ga over Magic: The Gathering and Pokémon in the late ’90s and early 2000s, I was into Monster Rancher (and Spellfire, but we won’t speak about Dungeons & Dragons‘ ill-fated Magic competitor here).

What made Monster Rancher special is how you found monsters. You didn’t just look for them in the tall grass and throw a ball to catch them. No, you put CDs into your PlayStation console, and it would turn them into monsters. I loved this sense of discovery — you weren’t sure what you’d get from an R.E.M. disc or a Beatles album. I was also partial to the Suezos, the one-eyed group of Monster Rancher critters that reminded me of Beholders from D&D. The combat isn’t all that deep, certainly nothing like Pokémon. But I enjoyed raising my monsters, searching dungeons for items, and training my monsters for tournaments before they died of old age.

Tecmo published four main Monster Rancher games, with several spinoffs, a TV series, and a truly horrid mobile title. I maintain that Monster Rancher would still work these days — it could read screenshots and other files on your console and turn them into monsters. As someone pointed out to me on Twitter, an AI can make images into sounds, so why not digital monsters?

Sadly, I doubt Tecmo will ever make another console Monster Rancher. So I guess I’ll stick to the Poké Balls for now. 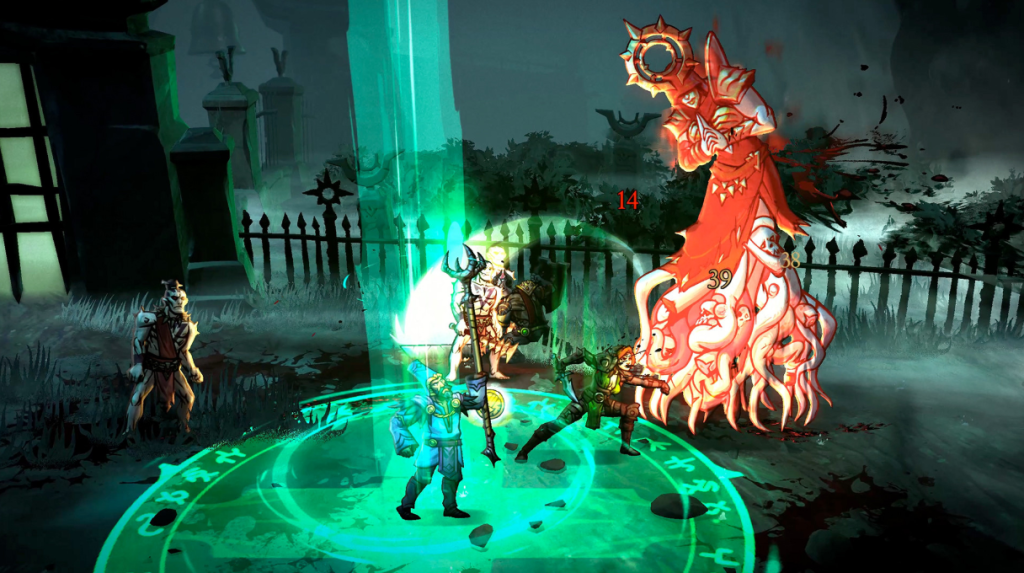 Above: I summon you … to an open beta!