Electronic Arts CEO Andrew Wilson said in an earnings call with analysts today that tens of millions of new players have joined the company’s games since April. This rare one-time change was caused by the global health emergency that has left many in isolation at home, but the company believes many of the new fans will be lasting players.

With other forms of entertainment and live physical events shut down, video games have seen a surge, and EA is no different — even though the company only launched two games (Command & Conquer Remastered Collection and Burnout Paradise Remastered) during its most recent first fiscal quarter ended June 30. Wilson said it was the biggest first fiscal quarter in EA’s history and the publisher was raising its full-year sales estimate by $400 million to $5.62 billion. Live services and other net bookings during the quarter were $1.1 billion, up $416 million from the prior year.

“As EA, we sit at the intersection of two fundamental secular trends that have become increasingly clear: First, social interactions in our world are moving from physical to digital, and second, the consumption of sports and entertainment is moving from linear to interactive,” Wilson said. “We’ve seen both of these trends accelerate during the COVID period. Tens of millions of new players have come into our games, and we also have many players returning to our franchises after some time away. In addition to higher engagement from our existing players, these new and returning players are now deeply engaged in our live services, establishing new play patterns and building new friendships in our games.”

Wilson said the five-year-old mobile game Star Wars: Galaxy of Heroes saw its best quarter since 2018 and has now generated $1 billion in lifetime bookings. Overall, mobile bookings were up 32% from a year earlier.

“This is an unprecedented time, and it was an unprecedented first quarter for our business at Electronic Arts, with extraordinary growth in our games and live services and record financial performance,” Wilson said in the call with analysts. 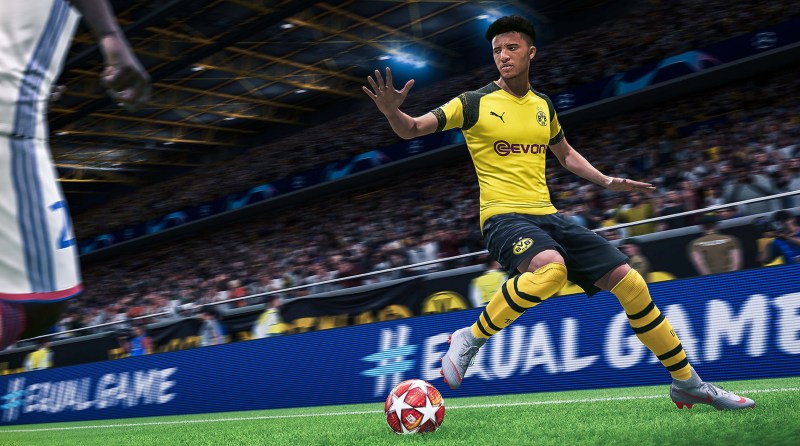 Above: FIFA is seeing lapsed fans flock back to the series.

Wilson also addressed the social turmoil of the last few months, as well as efforts to care for employees during the pandemic.

“In addition to the ongoing challenges of the pandemic, these last few months have brought forward important cultural conversations around racial and social injustice, harassment and misconduct,” Wilson said. “We’ve long held equality, inclusion, and diversity at the center of our beliefs at Electronic Arts, and as a company, we’ve made our positions clear and demonstrated with our actions that we have a long-term commitment to making a positive impact in our world.”

Blake Jorgensen, the company’s chief financial officer and chief operating officer, noted that The Sims 4 was up 110% from a year ago. But he’s concerned about where the global economy and the U.S. economy will be in the next six months or the next year. Given the uncertainties, Wilson said it would be hard to predict the patterns of the new and returning players. That’s why EA is being cautious about its projections for the future.

While EA’s launch schedule was light, the company delivered over 30 new content updates to existing console and PC titles, including two major game expansions, as well as more than 50 updates to mobile games.

The battle royale Apex Legends saw the most game sessions played and highest revenue total since the Apex launch quarter, and engagement in Season 5 reached the highest levels since the first season of content, Wilson said. The recent event, Lost Treasures, generated 96 million hours played in its first two weeks. Apex Legends is coming to the Switch and Steam, with crossplay arriving later in the year. 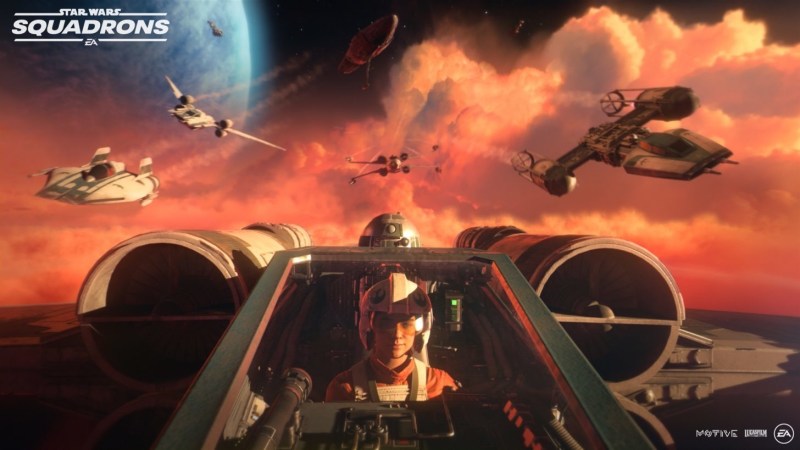 EA gave its FIFA 21 team more time to work, pushing the launch back two weeks to October 9. But players flocked to the current FIFA, which saw acquisition of new and returning players grow more than 100% from a year ago. Seven million new FIFA players joined during the quarter, and FIFA Online 4 has now reached nearly 30 million players to date.

Madden NFL 20 also saw player acquisition grow nearly 140% in the quarter compared to a year ago, and virtually every measure of Madden Ultimate Team engagement is up more than double over last year. EA’s Origin business grew 75% in the quarter from a year ago, Wilson said. And the total number of players in subscriptions on Origin, Xbox One, and PlayStation 4 grew quarter-over-quarter. Wilson said players are treating the games more like social networks, where they can socialize and forge lasting friendships.

“Looking forward, we’re also seeing strong engagement [in the second fiscal quarter],” Wilson said. “Although it is difficult to predict ongoing levels of growth in this environment, we have grown our player base during this period and added value to our network.” 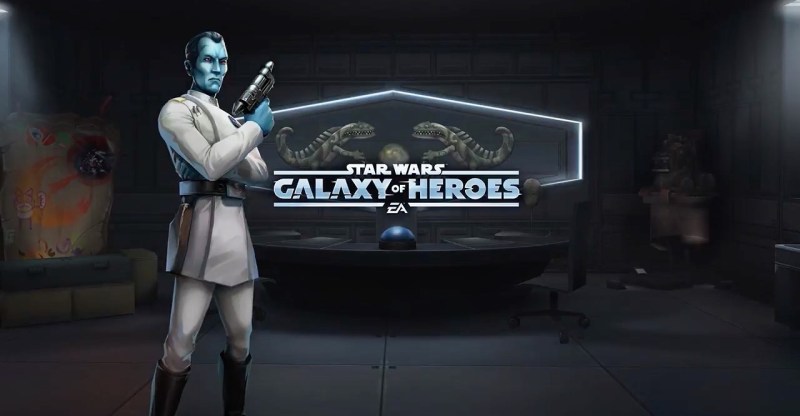 Above: Star Wars: Galaxy of Heroes has more than 1 billion bookings since 2018.

Wilson said EA delivered 85% more esports broadcast content in the last four months than in all of 2019, thanks to a cloud-based broadcasting platform for esports. Demand for the FIFA, Apex Legends, and Madden esports content is “unprecedented,” Wilson said.

Looking forward, Jorgensen said, “We are taking a cautious view that assumes that we continue to see a modest tailwind to engagement, driven in part by continued shelter-in-place orders. This is offset by a weaker economy and by the slightly later sports launches.”

Wilson closed by saying EA employees have supported nearly 1,000 charities in the past three months with tens of thousands of hours of volunteer time and donations totaling $3 million.