The second-quarter earnings results from major game companies over the past two weeks have taught us more about how gamers are responding to the pandemic. The big question is whether the gains are temporary or permanent, as that will determine how much bigger the $159 billion game industry will become.

We won’t know exactly for a while, but we have more evidence for both arguments with the Q2 calendar financial results that came in from Electronic Arts (which gained tens of millions new players in Q2), Activision Blizzard (which gained 21 million players in the quarter), Take-Two Interactive (whose 7-year-old game Grand Theft Auto V sold 5 million copies in the quarter), and Zynga (which bumped its expectations upward for the year by $360 million).

Mobile game publisher Glu blew past its bookings targets as it launched Disney Sorcerer’s Arena. Overseas, Nexon reported its best Q2 in history, with sales up 20% from a year ago. Analysts like Morgan Stanley’s Brian Nowak believe that entertainment dollars are shifting from external experiences (like travel, bars, restaurants, and sports) to in-home entertainment like gaming and e-commerce.

Against these positive numbers is the negative issue hanging over everyone’s heads. Amid a global tragedy and record unemployment, how long will gamers keep spending money? Nexon noted that “harsh conditions in the business environment” are expected to continue, noting “concerns of an economic downturn due to the sharp decline in consumption attributable to the COVID-19 pandemic while the end of the pandemic is still nowhere in sight.”

Those are scary words to see in an official earnings report, and they’re a reminder that our world is fragile and that no company or industry can stand up to forces that are bigger than they are if all goes to hell. However good the game industry can feel about dodging a bullet, it’s hard to shake this feeling about so much uncertainty.

Nexon CEO Owen Mahoney said at our conference in April, “I think we’ve all gotten a lesson on what we don’t know, in the economy and science. We’re living in crazy times. I think it’s an important time to take stock of what we don’t know.”

Above: FIFA 20 gained millions of new players in Q2.

But now that we have all these good financial results from Q2, we can conclude that the theories we embraced — that people sought comfort in games while in lockdown — held mostly true. Other data also helps us understand the shape of gaming’s boom and how it might look after the pandemic.

In a survey of 13,000 people in 17 countries in May and June, strategy and marketing firm Simon-Kucher & Partners found that COVID-19 led to a 39% increase in monthly video game spending. This increase is expected to stay 21% higher even after all lockdowns have lifted. Overall market growth is expected to be 12% to 15% in 2020 to $170 billion, compared to a previous estimate of 9% growth above 2019’s $148 billion.

On top of that, the percentage of players who became “serious gamers” rose from 63% to 82% during the lockdowns. That is expected to settle at 74% after the lockdowns. That’s a permanent shift of the gaming population to those higher gaming segments.

People are shifting away from games with shorter sessions to those that are more involved, take more time, and have more social interaction. Sixty percent are playing more multiplayer games and 23% of respondents began to stream for the first time during COVID-19. Game livestreaming is benefiting, too, as 81% of gamers are watching streams during the pandemic, compared to 57% pre-COVID-19.

This phenomenon of more new players and people playing more has been going on for nearly five months now. Since the shelter-in-place rules are going to last longer (at least in the U.S.), those people will keep playing. And if I know gamers, once you start playing, you don’t really stop. People are forming new habits now, and that doesn’t happen every day.

Overall, Simon-Kucher & Partners said the pandemic drove a net 4% gain in new players for games. Sure, we’ll lose players as sports comes back, but some new players are here to stay, as the percentage of Americans playing games just keeps going upward over the decades; it’s now at 65%.

Growth has its limits 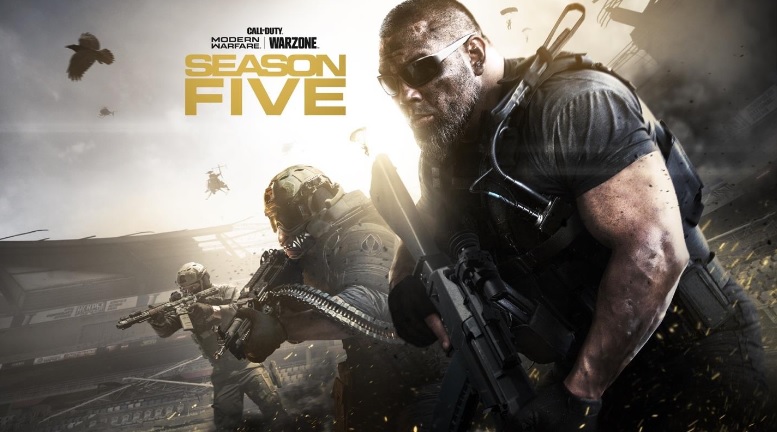 Above: Season Five of Call of Duty: Warzone arrived August 5.

But folks aren’t coming in to play just anything. Some games will win and some games will lose. Within just one company, Activision Blizzard, we have a good window into how the freshest and hottest content always wins.

Meanwhile, Call of Duty: Warzone crossed 75 million downloads on the PC and consoles since it launched in March. The free-to-play battle royale Warzone helped convert players from the free version to the paid Call of Duty: Modern Warfare. All of these games are well-executed and showed that the Call of Duty brand is undergoing a big revival, regardless of the pandemic.

Meanwhile, Activision Blizzard’s other divisions didn’t see blowout results with existing games. Blizzard saw that its player base for games like Overwatch was flat at 32 million MAUs and King was down slightly at 271 million players for games like Candy Crush Saga. Still, Activision Blizzard gained 21 million players in the quarter and topped 425 million overall. The new games matter, as Simon-Kucher & Partners found in its survey that 60% of gamers began playing new games and 60% began playing multiplayer. Overall, battle royale games saw 24% growth during the pandemic.

Zynga also had some mixed results. It didn’t launch any major games, and it saw great bookings growth of 38% versus a year ago. But its second-quarter MAUs of about 70 million rose just 4% from a year ago to 22 million. These players were much more engaged, but Zynga noticed that the gains tapered off in the second half of the quarter as people started going back to work.

To keep growing, Zynga bought Peak Games for $1.8 billion to get its 26 million MAUs and it paid at least $168 million for Rollic, which has more than 65 million MAUs in the fast-growing hypercasual games market.

One of the lessons is that game companies can’t expect to be handed growth. They can’t stand still. Game companies that don’t release any new games during the pandemic may see some growth, but the ones that do release hot games will run circles around the slower companies.

If this boom in player behavior is with us for good, that’s not a problem. But if it’s temporary, then a kind of land grab is happening now. Grab those new players while you can, because they may go back to other things, and you may lose a historic opportunity.

Other types of game companies are also prospering. Roblox appeals to young adults, teens, and kids. It now has 150 million monthly active users (up 50 million from a year ago) in its Lego-like virtual world, and it expects to pay out $250 million to players who are creating user-generated content. Roblox’s most popular mini-game, Adopt Me!, has been played more than 10 billion times.

Meanwhile, Sky: Children of The Light, a mobile game that promotes wholesome community, saw more than 15 million downloads in just a few weeks when Thatgamecompany released its Android version in China. Mediatonic and Devolver Digital have a hit on their hands with Fall Guys: Ultimate Knockout, a funny free-to-play battle royale that debuted this week.

These companies were lucky with their timing. But it may turn out that every game company will be lucky to have players who keep playing during the downturn and play more because of our isolated conditions that aren’t coming to an end as quickly as we would like. 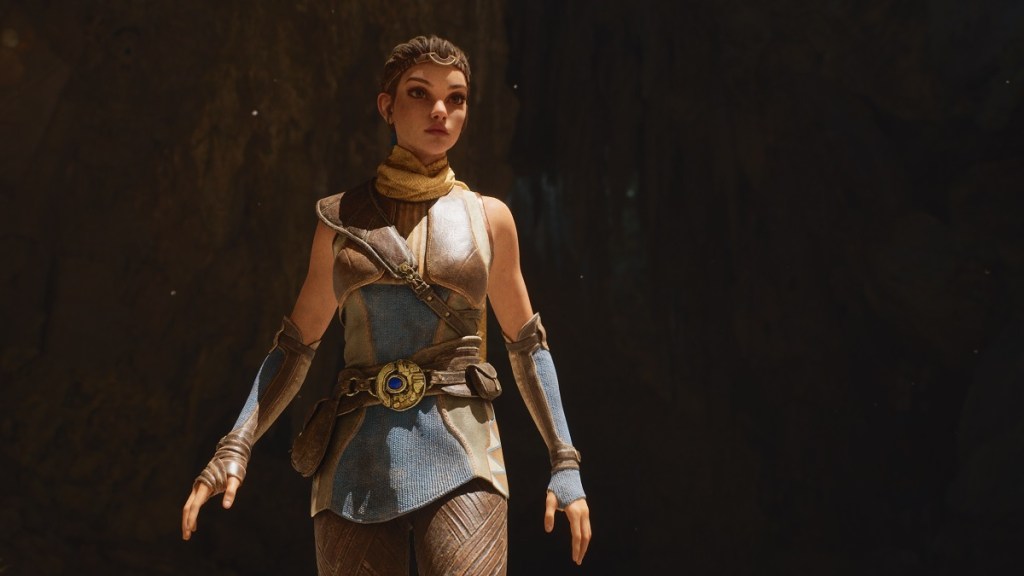 Gaming’s entire ecosystem is strong. Startups are raising money, and big companies are acquiring smaller ones.

On the other end of the spectrum, gaming startups are still able to raise money. Every week during the pandemic I have written about a game startup getting funding, whether it’s CryptoKitties creator Dapper Labs raising $12 million this week, VR/AR game maker Polyarc raising $9 million, or casual game maker Big Run Studios raising $5.25 million.

More than 30 venture capital funds focus on games in the world, all willing to put money into game startups. The second quarter had fewer acquisition deals than in the first quarter, but the overall value of the deals was $7.8 billion, or three times higher than the value in Q1, according to data collected by game investment specialist Sergei Evdokimov.

Mergers and acquisitions are still happening, as Zynga demonstrated with its previously mentioned purchases of Rollic and Peak Games. Epic Games showed it could secure $1.78 billion in funding at a $17.3 billion, thanks to the power of Fortnite.

And Nintendo reported it has sold 61.4 million Switch consoles and 22.4 million copies of its big game during the pandemic, Animal Crossing: New Horizons.

Sony said it has sold 112.3 million PlayStation 4s and in the second calendar quarter, it sold 18.5 million copies of exclusive games such as The Last of Us Part II, up from 11.7 million a year earlier. Sony said that the PlayStation 5 is on track for its holiday launch, and Microsoft has said the same for the Xbox Series X.