I haven’t flown on a plane in more than a year. This is the longest stretch I’ve gone without air travel since 2012, but I don’t miss it. After a few years spending a lot of time on jets, I’m much happier at home. At the same time, I do still yearn for certain things about flying, like the paradoxical calm of traveling at high speeds and looking down on the microscopic cars driving along a freeway. The magic of Microsoft Flight Simulator is that it captures the most mesmerizing aspects of aviation in a format that you can play at home on PC.

The new Microsoft Flight Simulator is available now for $60 on Steam or the Microsoft Store. You can also get as part of the Xbox Game Pass for PC subscription service, which is only $5 per month.

Like the classic Microsoft Flight Sim games, this modern from-the-ground-up reboot does exactly what it says on the box. It’s about simulating the behavior of real planes in the real world. But unlike those early games, Microsoft and developer Asobo Studio have access to cutting-edge technology to add an unprecedented level of detail and visual quality. This includes bringing in satellite imagery and machine learning to effectively re-create the entirety of the Earth. Asobo touts the game’s 37,000 airports, 1.5 billion buildings, and 2 trillion trees.

On top of this, the development team crafted more than 20 planes and 30 airports by hand. And you can add to those totals by springing for the $90 Deluxe version or the $120 Premium Deluxe bundle. But even with mostly procedural generation, the base game looks and feels like a next-gen leap. 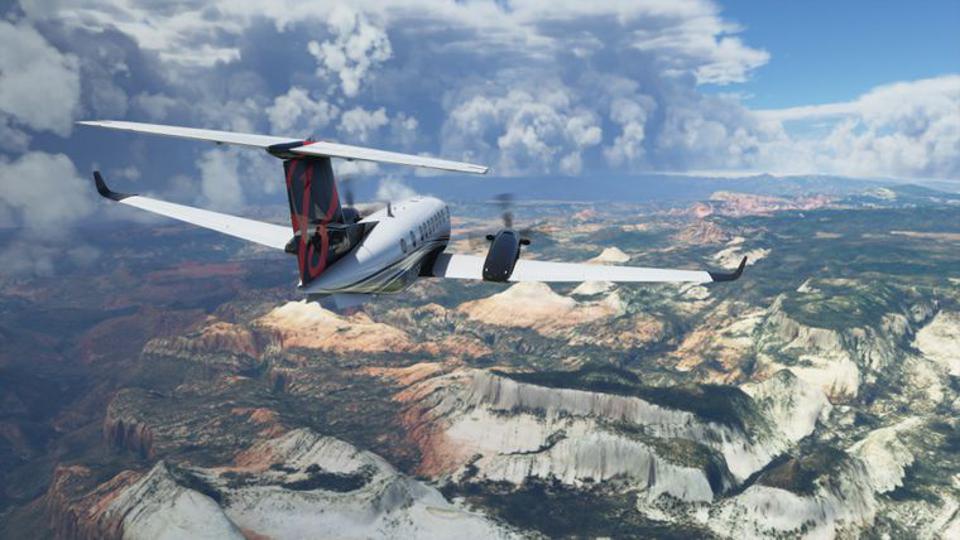 Microsoft Flight Simulator is one of the most gorgeous-looking games ever made. It’s impressive when all of the visual elements come together. The translation of Bing Maps data into 3D environments works especially well when you are at a cruising altitude. But then paired with the accurate weather system, the game has a lifelike quality.

Clouds look photorealistic, and it’s not like they’re static objects in the sky. You can fly through them and see how the sun or lightning bounces off their surfaces. Light reflections bring the whole game to another level. The sun rippling in the ocean or beaming through some clouds behind a mountain all look exactly how you would expect. The difference is that you can point your A320 Airbus at any atmospheric anomaly to fly right into it.

As you might expect, the visual model does have some seams. When flying over cities, you’ll find some buildings that don’t look exactly right. Houses and trees are indistinguishable from the real thing in part because you can only get so close to them. But it’s easier to spot the problems with a skyscraper.

Also, these intense visuals come at a cost. The game is merciless on a lot of PC hardware. But it’s not just about your GPU — the game also wants a lot from the CPU. That’s likely because it’s often streaming a lot of data from the cloud. And the CPU likely has a big part to play in acquiring and assembling that data quickly. You can still play it fine on lower settings, but you might also lose some of the graphical wow factor.

If you’re worried that you’ll need to learn how to fly a Boeing 747 before you can enjoy Flight Simulator — well, it wouldn’t hurt. But it’s also unnecessary. The game has a number of options to scale up and down the difficulty of the experience. If you want a real-world scenario where all of the buttons and gauges in the cockpit are crucial, you can do that. If you just want to fly, you can simplify everything.

But the cool thing is that even on its easiest mode, this game is still a simulator. Asobo never turns down the simulation of how the plane moves through the air. Instead, it simply automates more and more of the procedures so that you can focus on controlling the thrust and rudder.

At the same time, this isn’t a flight instructor. You’ll need to bring in your own supplemental materials if you want to challenge yourself and actually learn new piloting skills. Flight Simulator has a really good tutorial, but it’s not going to teach you what all of the lights and knobs on an Airbus do. You’ll have to boot up YouTube or get a book from the library to help with that. 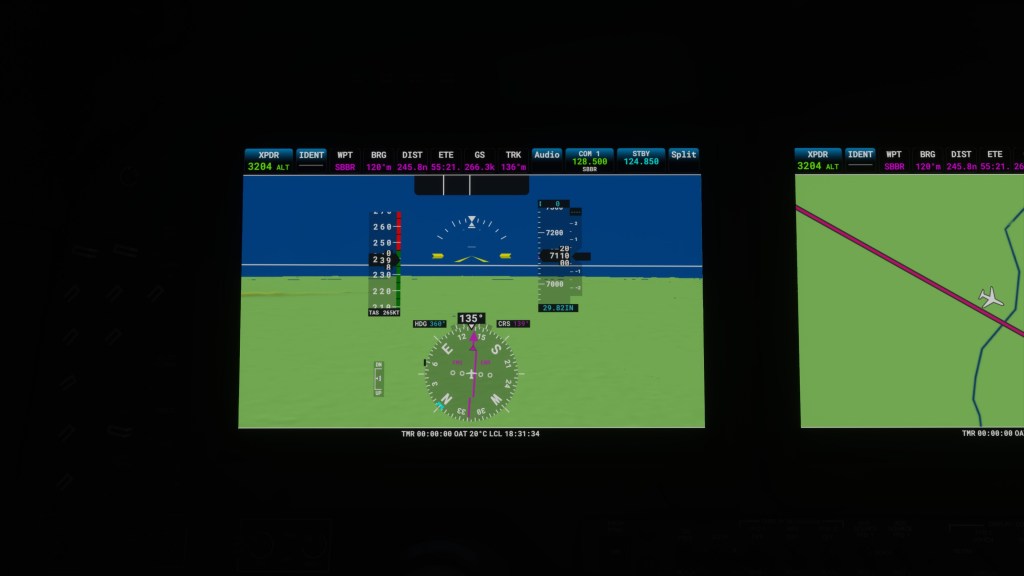 Above: You might find that you spend more time looking at your instruments than the beautiful world around you.

The biggest issue with Flight Simulator is its size. It’s a quick install from Steam or the Microsoft Store, but you’ll then need to run an in-game installer for another 100GB of data. For people on Steam, this is especially troublesome. That download can easily take more than the two hours that Steam gives people to refund a game without question. Now, I don’t think this is a real problem. If the game is broken for you or won’t run on your hardware, attempt a refund. Valve will likely give it to you regardless of your playtime clock.

Even when you have everything installed, however, the game isn’t done using your data. If you select the option to stream in extra content from the cloud, it can use between 700MB and 1,000MB of data per hour of gameplay. If you’re on a cap, keep that in mind.

But the upside of all this is that Microsoft can feed in a ton of live-feed info into your game. It can replicate real-world weather conditions or the positions of commercial flights. And again, this lends to the realism.

Microsoft Flight Simulator as a platform

If you’re curious about Flight Simulator, it’s absolutely worth checking out if you already subscribe to Game Pass. It’s also probably worth the $5 per month on PC if you’re not yet into Microsoft’s Netflix-for-games. On the other end of the spectrum, if you are a simulator-diehard, this game is for you. And (unfortunately), you are likely more than accustomed to the quirks of the genre. So when I say the game is light on tutorials or can be touchy about peripherals, you likely already know what I mean.

But no matter what your approach is when it comes to Flight Simulator, it’s clear that all of the pieces are here for long-term success. The game has light multiplayer elements, and I expect those to improve over time. Asobo is also already planning to add support for virtual reality and head-tracking solutions (TrackIR). And then the potential for growth is limitless with the in-game marketplace.

This game has every reason to grow into something even more special over time. And it’s starting from a position of strength. The game’s appeal is undeniable to a certain kind of person. I’m somewhere between neophyte and sim veteran, and Microsoft Flight Simulator has won me over. It happened when I picked a flight path from a small, grass airfield in Brazil to an airport in São Paulo. It feels so good to learn the characteristics of your plane while watching the sunset give away to a purple sheet of stars. And I’m confident that most people will end up feeling the same way if they’re willing to give the game a chance.

Microsoft Flight Simulator is available now for $60. Microsoft provided a download code for the purpose of this review.