Call of Duty fans need not panic. Call of Duty: Black Ops — Cold War will have the popular Zombies mode and content that will kick off Chapter 2 in Call of Duty: Warzone, the franchise’s popular free-to-play battle royale game.

Treyarch co-head Dan Bunting said in a press briefing that they will detail the Zombies mode in Call of Duty: Black Ops — Cold War at a later date. Meanwhile, he said Warzone will stay tightly connected to Black Ops. Appropriately enough, Activision’s Treyarch and Raven Software studios unveiled the new game inside Warzone.

Call of Duty: Warzone grew to more than 75 million players in 146 days as it got even more popular during the pandemic. That created a dilemma for Call of Duty developers, as the usual practice is to launch a new multiplayer and sometimes a new battle royale to match the theme of the year’s new game. But Warzone — which is based on last year’s Call of Duty: Modern Warfare — is so popular that Activision has pivoted, keeping Warzone around and seeding it with story elements and clues related to the revelation of Black Ops: Cold War. Activision seed this alternate-reality game among the Call of Duty influencers inside Warzone.

In short, Warzone has become a great way to market the Call of Duty franchise to free-to-play players and to upsell them to the main game. By adding Chapter 2, Activision can do a number of things in Warzone. It can add a new world map that is more relevant to Black Ops: Cold War, which is set in the 1960s and the 1980s. And it can add gear and characters from Black Ops Cold War as well.

My guess is that Warzone presented a challenge because it took the company by surprise. It was so popular that it made sense to keep Warzone around, rather than replace it with a new battle royale. The game has kept me and other players engaged with Call of Duty for far longer than in past years, helping Activision inch closer to its goal of higher engagement year-round.

This is one of four stories about the Call of Duty: Black Ops — Cold War reveal. See our coverage of the developer Q&A, gameplay, and the main announcement post. 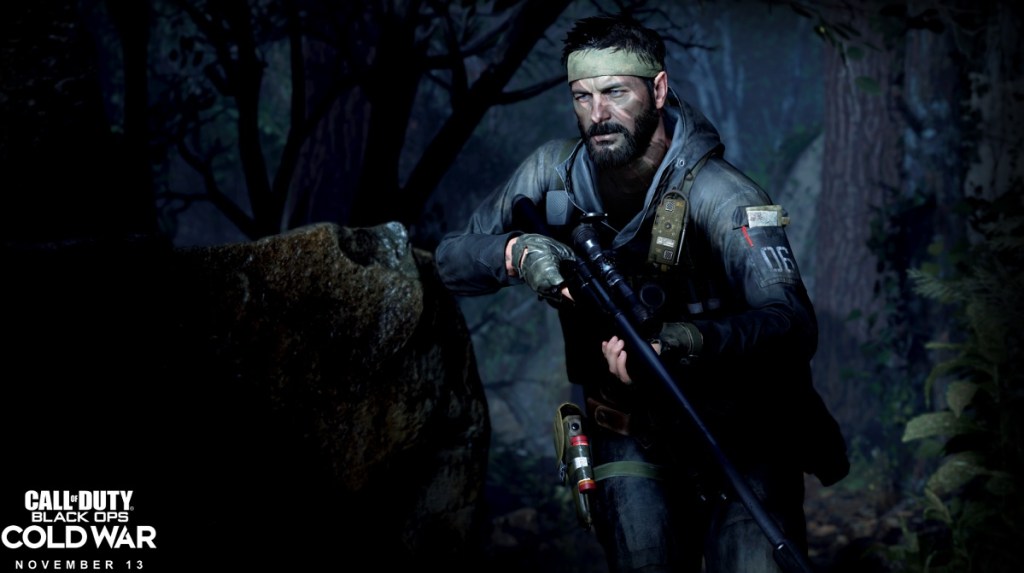 Above: Frank Woods goes into the woods in Call of Duty: Black Ops Cold War.

But Warzone has a different game engine (based on Modern Warfare) than the higher fidelity graphics of the Black Ops: Cold War tech. That means it isn’t easy to create Warzone as an easy add-on inside the new Call of Duty or to have players easily upgrade from free-to-play Warzone to the $60 campaign/multiplayer game of Black Ops: Cold War. You could do that but it would likely involve the downloading of some huge files. That’s why you may see some weirdness here as we get a reskinned version of Warzone with some Black Ops: Cold War gear, but not so much that the highly popular Warzone becomes unrecognizable. Talk about a balancing act.

“Following the launch of the game, Warzone will remain tightly connected to Black Ops with loads of shared content, gameplay, and stories that will evolve the Warzone experience in new ways to keep players excited,” Bunting said. “Black Ops Cold War will usher in Chapter 2 of Call of Duty Warzone, continuing and extending the blockbuster free-to-play, free for everyone, battle royale experience. Black Ops will share progression, so items in the game will carry over with you to Chapter Two. And on the topic of shared experiences, Black Ops will continue to support free multiplayer DLC maps and the battle pass chock-full of post-launch content.”

Bunting said more information about multiplayer and Warzone changes will be coming later. Bunting also teased the Zombies mode, which has been a tradition in Treyarch’s Call of Duty games.

“And for those eager to hear about Zombies, we have a lot to talk about,” Bunting said. “But for now, all I can say is that Cold War will continue the Zombies tradition.”

Call of Duty: Black Ops — Cold War will also have a Battle Pass system with a bunch of post-launch multiplayer content, including new maps and modes, and a schedule of community events. It will have shared progression features with Warzone, adding inventory items that can be used in both titles. Warzone players will still have access to Modern Warfare content they have earned, like operators and weapon blueprints.

Activision will show off a multiplayer demo on Twitch on September 9.