Dignitas, the esports organization that the Philadelphia 76ers NBA basketball team owns, is launching an initiative for championing opportunities and education for females in gaming.

Dubbed _FE, the initiative means that Dignitas will support female esports players with educational, social, and competitive resources, whether they are in beginner, amateur, or professional roles. _FE is a reference to the term used for females in esports. It’s announcing the effort on Women’s Equality Day.

Dignitas already has its female team, established in 2003, for Counter-Strike: Global Offensive (CS:GO), and that team is also playing Riot Games’ Valorant.

Over the next three months, _FE will launch a collection of initiatives designed to advance opportunities for women in gaming and provide aspiring female gamers with resources to become tomorrow’s superstars. 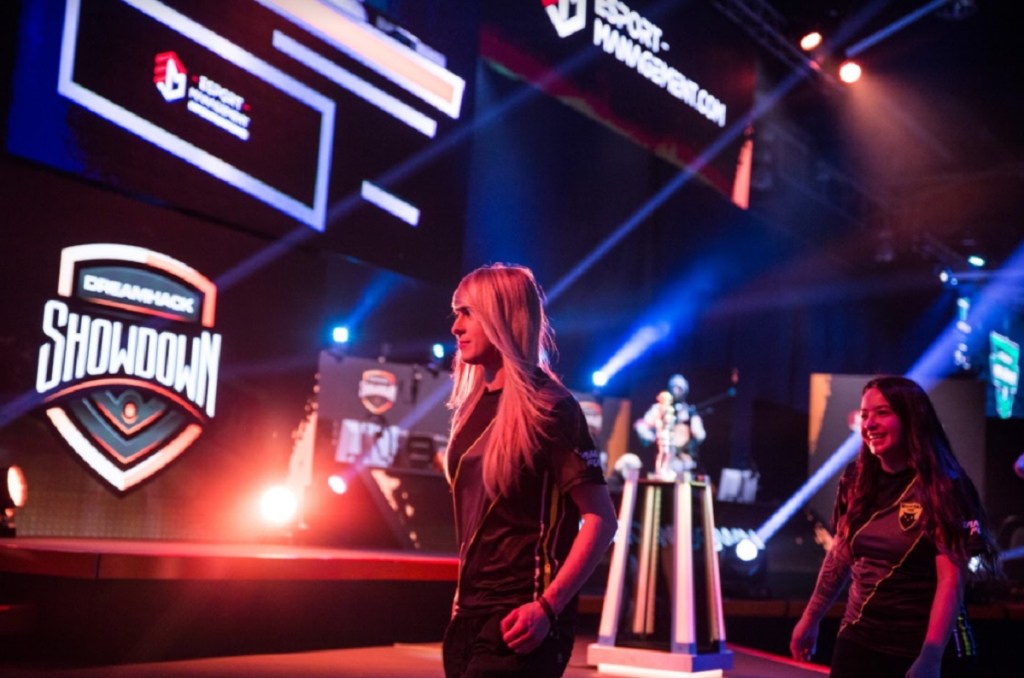 Above: Dignitas is launching a new program for girls and women in esports.

Dignitas’ vice president of talent, Heather “sapphiRe” Garozzo, will head the initiative. The former female World Champion CS:GO player boasts nearly 20 years of experience in competitive esports gaming, broadcasting, marketing, and talent management. She is the only female in the Esports Insider Hall of Fame.

“The building blocks have been in place since Dignitas recruited the women’s team (which then completed as “Dignitas FE”) since early 2017,” Garozzo told GamesBeat. “Our women’s team, our female streamers, and our female front office executives at Dignitas have been passionate about serving as pioneers for aspiring female gamers. All of our women have volunteered their time at universities and attended panels to share their insight with the many women looking for role models in gaming. This year, we knew it was time to spread our knowledge and provide our resources to the broader gaming community.”

She said that all of the group’s female esports athletes, content creators, and female staff are participating, and the males may also participate in the events. The group recently hosted a two-versus-two event where players were paired up together in a competition.

_FE represents the long-time abbreviation used by esports players and teams denoting femininity. The underscore has a dual purpose: Connecting _FE to the greater Dignitas universe and acting as a pathway forward for diversity in esports, Garozzo said.

“Each member of _FE is connected with the entire Dignitas family, incorporated into our many facets of business,” Dignitas CEO Michael Prindiville told GamesBeat. “Collaborative content with our other teams, an increased focus on merchandise catered to women, physical and digital events, and more are all elements our fans can look forward to from this initiative.”

There are five female players on the CS:GO/Valorant team and two female content creators, Hercurlyse and artStar.

The first _FE virtual event will be a live, digital panel on September 30, featuring female executives, athletes, and creators from the gaming and entertainment spaces; interested attendees should join this Discord to attend.