Playtika grew up in Israel as a social casino game company, but it has expanded well beyond that category through a bunch of acquisitions. And so the company, now valued at multiple billions of dollars, has rebranded itself around the phrase “infinite ways to play.”

At its core, Playtika believes that life needs play and its job is to create infinite ways to play its games that span casual, hardcore, and social casino genres, Playtika CMO Nir Korczak said in an interview with GamesBeat.

While it has played a winning hand at online poker, the company has expanded through 15 acquisitions since its founding a decade ago. And now it found that it had to explain its brand to its own employees, many of whom joined the company through acquisitions. Now the company is taking a breath to see what it has built. The rebrand helps the company as it recruits new employees and pulls its teams together.

But it could also help the company to eventually build a meta-brand, the way that Procter & Gamble has a brand for quality products, even though it owns tons of individual product lines. One lesson for other companies: It is possible to create an overarching brand that represents the collective power of a lot of individual game or product brands.

Robert Antokol started Playtika with a team of development veterans in 2010, and Caesars Interactive Entertainment acquired it early on. But Caesars sold Playtika in 2016 to pay down debt. A consortium of Chinese game companies acquired Playtika for $4.4 billion. At that time, Playtika had more than 2,800 employees, but additional deals have now expanded the staff to above 4,000 people.

The company operates 20 different games, and all of them are free-to-play titles that get frequent updates (this is known as live operations). Playtika has more than 35 million players who come back to their games every month — and 12 million who come back daily. The studios are in 19 offices.

Playtika has acquired game companies such as Jelly Button in Israel, Wooga in Germany, and Seriously in Finland. It is rumored to be considering an initial public offering, but Korczak declined to comment on that. In any case, he said, a big company such as Playtika needs a clear vision, and now he says it has one. The deals have expanded it well beyond its casual and social casino roots. 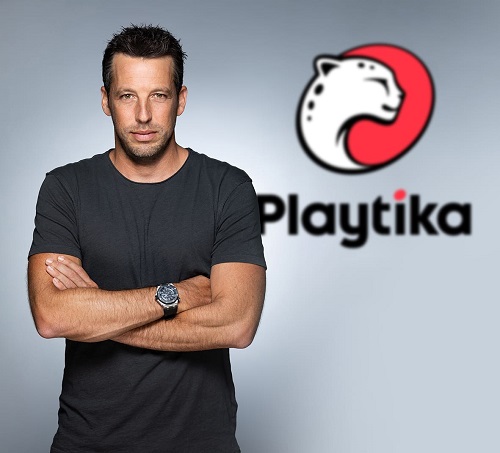 Above: Nir Korczak is the chief marketing officer at Playtika.

The idea behind the rebranding is to help employees across the company understand what the Playtika brand means to them, as well as what to communicate about the company’s values to players.

“The main reason to kick this off was the internal need from the employees about what Playtika means,” Korczak said. “We can all connect to a basic human truth that says ‘life needs play.’ Everybody has a sense of play from the time we are born to when we die. Everything in our lives has some kind of play in it.”

Work on the rebranding began more than a year ago, and Korczak led it. He has been in online marketing for 15 years, working at places such as Google and Aditor. In 2017, Playtika acquired Aditor, a marketing agency for mobile apps and games. At Playtika, Korczak and his team saw the need to pull everyone together in a diverse company with diverse businesses across games. They needed to have a brand that explained what the company was all about without restricting it to any given topic such as social casino games.

One of the things the games share in common is that they are free-to-play and focus on live operations, where the game never ends and is constantly updated over time to keep players engaged. They can continue infinitely, and that’s where the brand meaning fits.

“Our purpose is to entertain the world through infinite ways to play,” Korczak said. 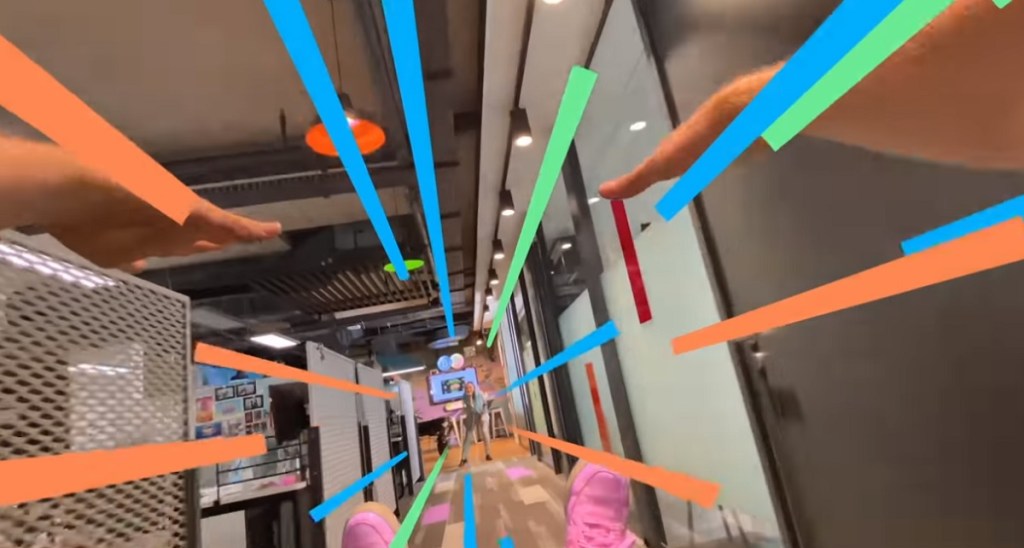 Above: Playtika has more than 4,000 employees in 19 locations.

The mission is to entertain the world. It will do that with a diverse portfolio of games. And each game will have more and more resources and content over time so that the game is endless. And the company will strive to have an infinite range of services related to technology, design, and marketing.

Employees liked the new brand and its message when asked about it in polls, Korczak said.

“So much of the company is working from home and it’s very important that we all have one story, one vision, and that we all speak the same language.”

The common thread with the studios is to create the best experience for the users. It doesn’t matter which genre, Korczak said. 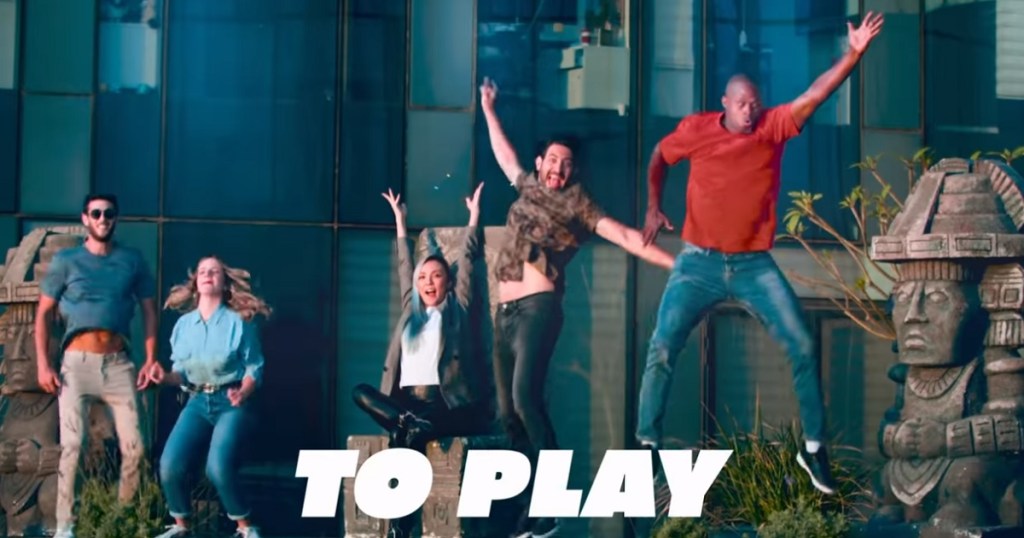 Above: Playtika’s new brand motto is infinite ways to play.

The brand message is admittedly very broad. But it gives identity beyond Playtika being a collection of individual studios.

“Each one of the studios has its own DNA, its own roadmap, its own focus. We didn’t change the company. We just connected the dots into one story,” Korczak said. “We have a Chinese owner and Israeli management. We are trying to connect the dots and enjoy the benefits of having different cultures in different studios.”

Asked if the brand embraces diversity, Korczak said, “Absolutely. Absolutely. I think that this theme is about opening your mind. We are saying we are team players. When we combine our strengths, we don’t just run faster, we become unstoppable. The power is when we connect the dots together and become one team.”

The first phase of the branding effort focused on employees. So far, Playtika is not planning to invest heavily in advertising for external audiences such as fans of its different games.

“As a brand, this is mainly an employer brand,” Korczak said. “When it comes to marketing to users, it’s usually the studio that undertakes that.”

Overall, Playtika has evolved into a house full of brands. The marketing budget is controlled within each studio. Other companies have been on the expansion path as well, such as Zynga. In that case, the company preserves the individual brands of the acquired companies while maintaining a larger meta brand about changing the world through games. 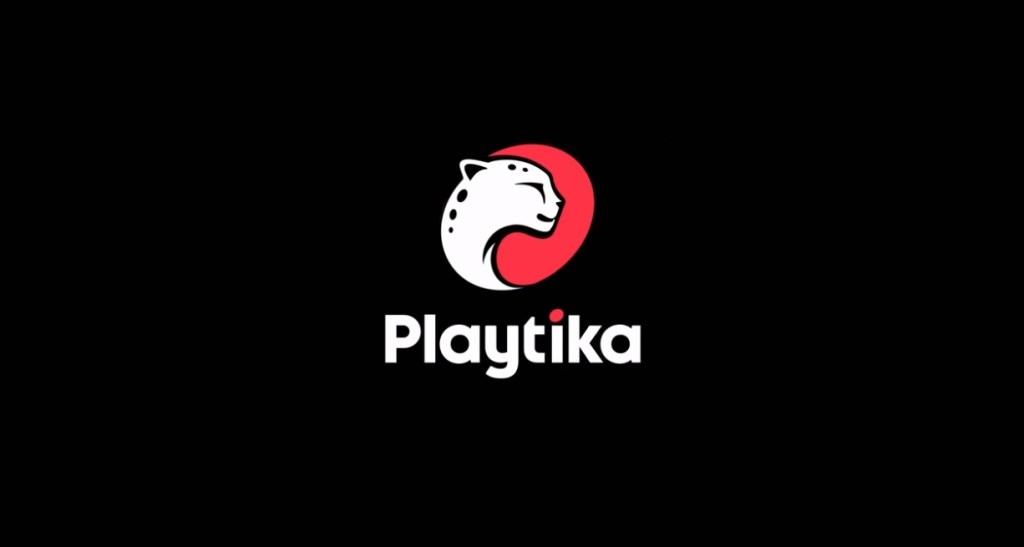 Above: Playtika has a new logo.

Playtika has modified its logo of a cheetah, but it has kept the main idea of a company that moves fast.

“We all understand that we are in the entertainment industry,” he said. We understand the purpose that we are coming to work to give a great experience to our users. Now take it from here. You as the employee can take it to whatever you want. We give the employees the freedom to do whatever they want in that space.”

The effort took up a lot of time for management and employees.

“If employees understand why we are doing what we do, they can be our best ambassadors,” Korczak said. “That’s definitely one of the KPIs [key performance indicators]. This is something very important because employees can connect to the vision.”