Meet one of gaming’s newest unicorns. Playco has raised $100 million at a $1 billion valuation for instant games over a wide variety of platforms.

That’s a lofty valuation for a company making a web browser gaming engine for instant games that are playable on a web link and can run on any platform. The funding comes as the industry is discussing a “post-app store” world, and instant games may be an ideal vessel for delivering games with the potential to reach billions of players.

“There are a lot of different technologies that can power what an instant game is, whether it’s cloud streaming like xCloud or Google Stadia,” said Playco CEO Michael Carter in an interview with GamesBeat. “It could be on the web using web assembly, or JavaScript. And there’s a new push with binary streaming, which is quite interesting with iOS App Clips, which comes with iOS 14, as well as Google Instant Play. They let you play a game before you’ve installed it.

“Every single major tech company — Microsoft, Facebook, Apple, and Google — is investing in this type of technology in a big way. And there’s no company that is focused on answering the question of what is the killer game for this new shift. We decided that we’d go after this as a content company.”

The Tokyo-based Playco has some high-profile leaders, like Carter, who was a developer of the open-source connectivity protocol WebSocket. Other prominent Playco employees include Zynga cofounder Justin Waldron, former DeNA director Takeshi Otsuka, and HTML5 gaming pioneer Teddy Cross.

Playco’s expertise comes from the merger of Carter’s background in building new computing platforms and Waldron’s experience connecting players through massive social gaming experiences like Zynga Poker. They met while Waldron was advising Carter on his previous company, Game Closure, which launched with the same vision back in 2011.

“We want to expand the games market and have more people playing games,” Carter said. “That’s the mission of the company. We want to bring the world more closely together through play.”

Game Closure went through Stanford University’s StartX student-led accelerator and was creating cross-platform instant games that did not require downloads. The company raised $12 million in 2012, but it was early, coming out at a time when some browsers did not support HTML5 or could not run it quickly.

Game Closure continued until this year, but Carter and Waldron eventually decided to create a new company. They acquired some tech from Game Closure and brought on some of its employees, as well as hiring new people from the game industry. Carter said some Game Closure employees decided to cash out, while others have joined Playco, many of whom are making games. It has 75 employees.

This time the technology is more mature, with multiple ways to execute instant games — from cloud streaming to App Clips on iOS (which distributes instant games on iMessage). Playco has partnerships with Facebook, Line Messenger, Rakuten Viber, and Snapchat. And Playco plans to build its own games.

“The business model is improved from a margin standpoint,” Carter said. “Instead of having to pay for marketing that goes through 20 clicks, here you can get a user with one click. The user can also share the game. You have extremely low friction, and that can give you massive virality. It opens the market to people who have never played games before.” 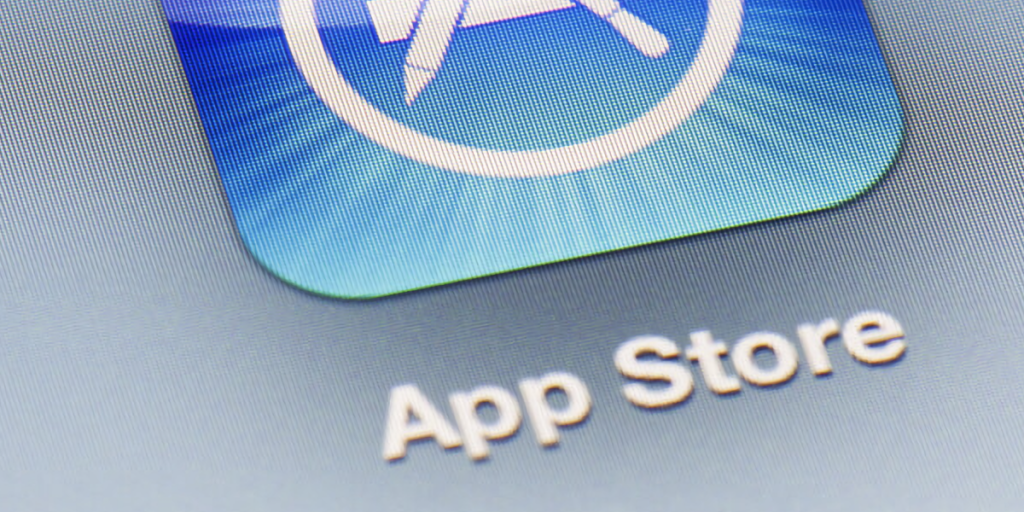 While some investors joined from Game Closure, most of the investors are new. Playco’s funding comes as digital gaming continues to explode, with COVID-19 further accelerating growth in the gaming category and some analysts estimating increases of 75% in past months. Stuck at home, people are seeking tangible connections with others and turning more and more to gaming.

But Playco still sees a big hole in the gaming market that the company is setting out to solve. Even though technology has created more ways for us to connect and play games together, the opposite is actually happening. The gaming market has grown more niche and app-based, Carter said.

Developers and platforms are more concerned about monetizing smaller hardcore audiences — playing to the millions instead of the potential billions. Moreover, app stores and gaming platforms are in essence creating walled gardens, with major entry hurdles (logins, downloads, etc.) that defeat the purpose of allowing people to instantly jump into a game and play together with friends and family, Carter said.

Carter said advances in open web technology have made it possible for Playco to launch. Its introduction also comes at two big inflection points for the games industry. Instant social gaming is a rising trend, with the top social and gaming companies investing heavily in the sector. And the idea of a post-app store world is becoming a hot topic.

Epic Games is suing Apple for antitrust because of restrictions Apple places on game sales in the App Store. Instant games, distributed via a weblink, can bypass app stores.

“There’s a lot going on in the world right now with these big platforms,” Carter said. “For us, one of the reasons we decided to start this company now is because we saw Apple and Google both embrace this concept. And before we felt it had been tangled up, where the idea that two people can easily play a game was somehow tied to how payment models work and who controls the future of the platforms.”

He added, “That’s beside the point because this is actually really good for consumers, and it’s something that really should be a part of all ecosystems. The struggles will happen. The social networks are optimistic because they see how people can play games easily together. And Apple and Google really care about good consumer experiences. It’s going to be an interesting time, but for sure it’s a time when instant play is possible.”

Carter said the company has a big war chest and can prove the thesis of instant play across a number of platforms and take advantage of the advances when they happen.

“This has been easy to ignore for a long time,” Waldron said. “Now companies are talking to each other about how it will all play out. The tech is at a place where it’s a real thing.”

One of the problems has been that instant games were ad-based, and they often prompted players to complete downloads and make purchases with a downloaded game — after clicking the screen a lot. It should soon be possible to make purchases within the instant game itself, Carter said. Apple’s App Clips, for instance, enable this now.

Carter said the company believes it can get a couple of games out this year, as it is happy with the prototypes it has been creating.

Carter said the company was able to raise a lot of money because he and Waldron recruited top talent known for their interest in instant games. By bringing those people under one roof, they got investors excited.

“We decided to be really aggressive at building the killer team,” Carter said.

Otsuka helped build DeNA’s popular Mobage game platform in Japan while he was there between 2005 and 2015. And Cross worked with Carter at Game Closure on HMTL5 gaming. Tom Fairfield, another Game Closure veteran, is joining Playco’s board. 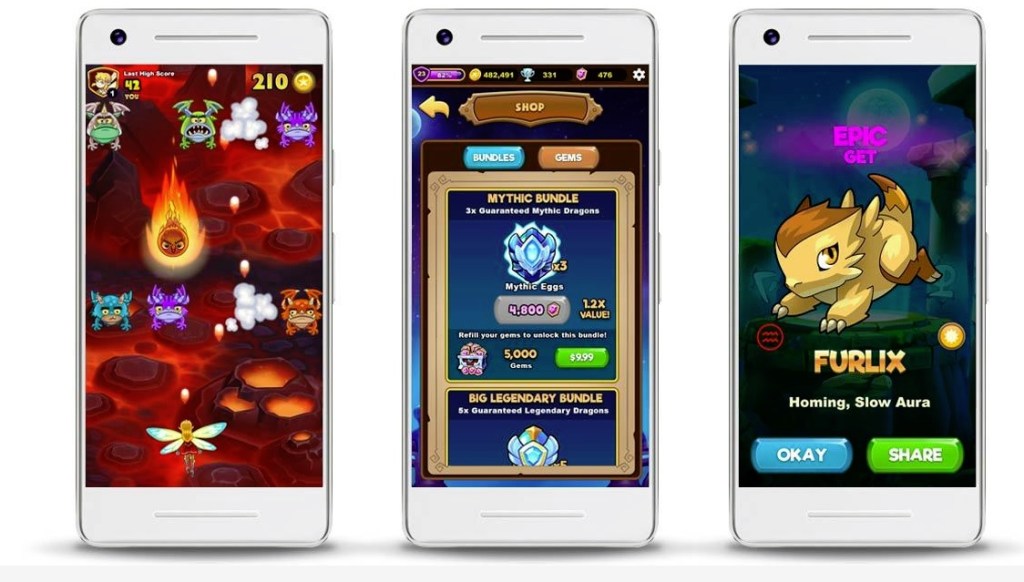 The founders and executives are working from home in cities such as Seoul, Tokyo, San Francisco, and Los Angeles. Deyan Vitanov, the former CEO of gaming company Chobolabs, will be chief marketing officer, and Jimmy Griffith — creator of the instant game EverWing, which got more than 380 million installs — will be a senior producer.

Why the timing is right

In the past, instant games were wildly successful in reach, but less so in terms of dollars generated. Now the companies involved are zeroing in on better business models.

“At some point, people will hit a switch, and the $70 billion a year mobile gaming industry is going to move over to this,” Carter said.

As for being too early with Game Closure, Carter and Waldron said it was an important learning opportunity, particularly in figuring out what category of games will do well.

“When we built Zynga Poker, it was magic, as you could land on a web page with your friends and just start playing,” Waldron said in an interview. “I was almost shocked at what we had done. I saw it wasn’t a single game company — it was a new way of building games.”

He noted that Zynga went public in 2011 when Facebook, its main platform at the time, had 200 million users. Now Facebook has 2.6 billion users, and the technology to reach people through instant games is a lot better. Meanwhile, the app store doesn’t have as much virality and game developers have to spend a lot of money on performance advertising to get new downloads. 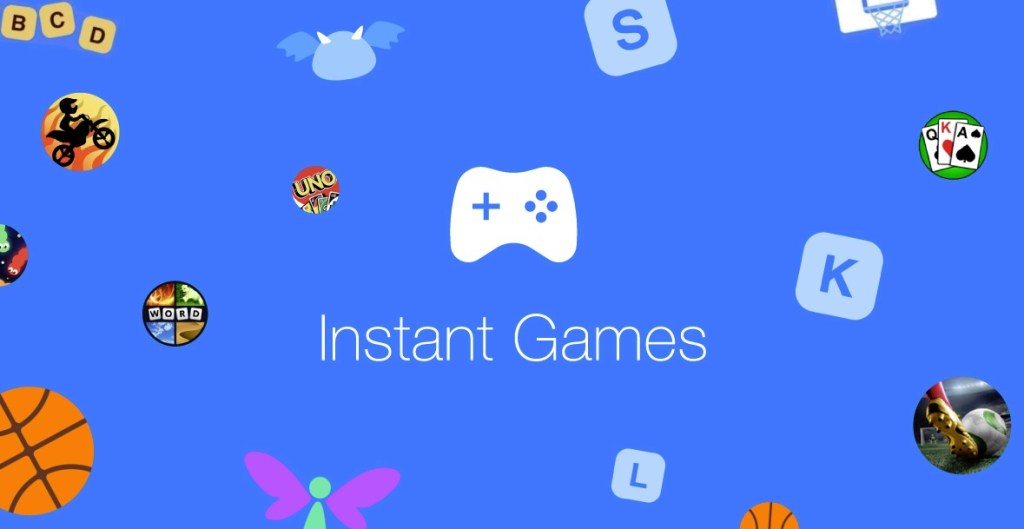 Above: Facebook is among the companies working on instant games.

“The channels got more and more expensive,” Waldron said. “And so you have to target people who are going to spend money. The mission isn’t to target the widest audience. You have to target a small group that spends money. Game companies are targeting 10 million or 100 million people. I feel what’s missing is the bigger picture here, where play is a human need. It’s something everybody wants to do with the people they care about. It’s something that can bring people closer together.”

Waldron believes the tech can also deliver more than just the retro look from the first decade of gaming. Playco hopes to tap the technology of 3D game engines via WebGL, cloud computing, and 5G networks to deliver interesting titles that are both fun and frictionless.

Carter said, “We now have access to the same underlying hardware that other platforms have. We can deliver quality. I do think there will still be a gap. It’s just not going to be a 40-year gap. We’ll try to figure out what is the new game nobody’s even thinking about. There’s more risk factors.

“But at the same time, it’s a much bigger opportunity.”