Blizzard revealed Diablo IV last November. Since then, we’ve been getting small updates on the project from these quarterly developer updates. Diablo IV is a huge game for Blizzard. If it’s successful, it can give the Activision-owned developer another pillar to hold up the company as staples like World of Warcraft, Hearthstone, and Overwatch age.

Talents and skills are an important aspect for most action role-playing games like Diablo IV. Diablo III has a simple (and divisive) system where players simply earn new abilities as they level. When Blizzard debuted Diablo IV, it showed off a basic talent tree system for the game, in which players may spend skill points to unlock and upgrade abilities and passive effects. You can see the original Diablo IV skill tree below. 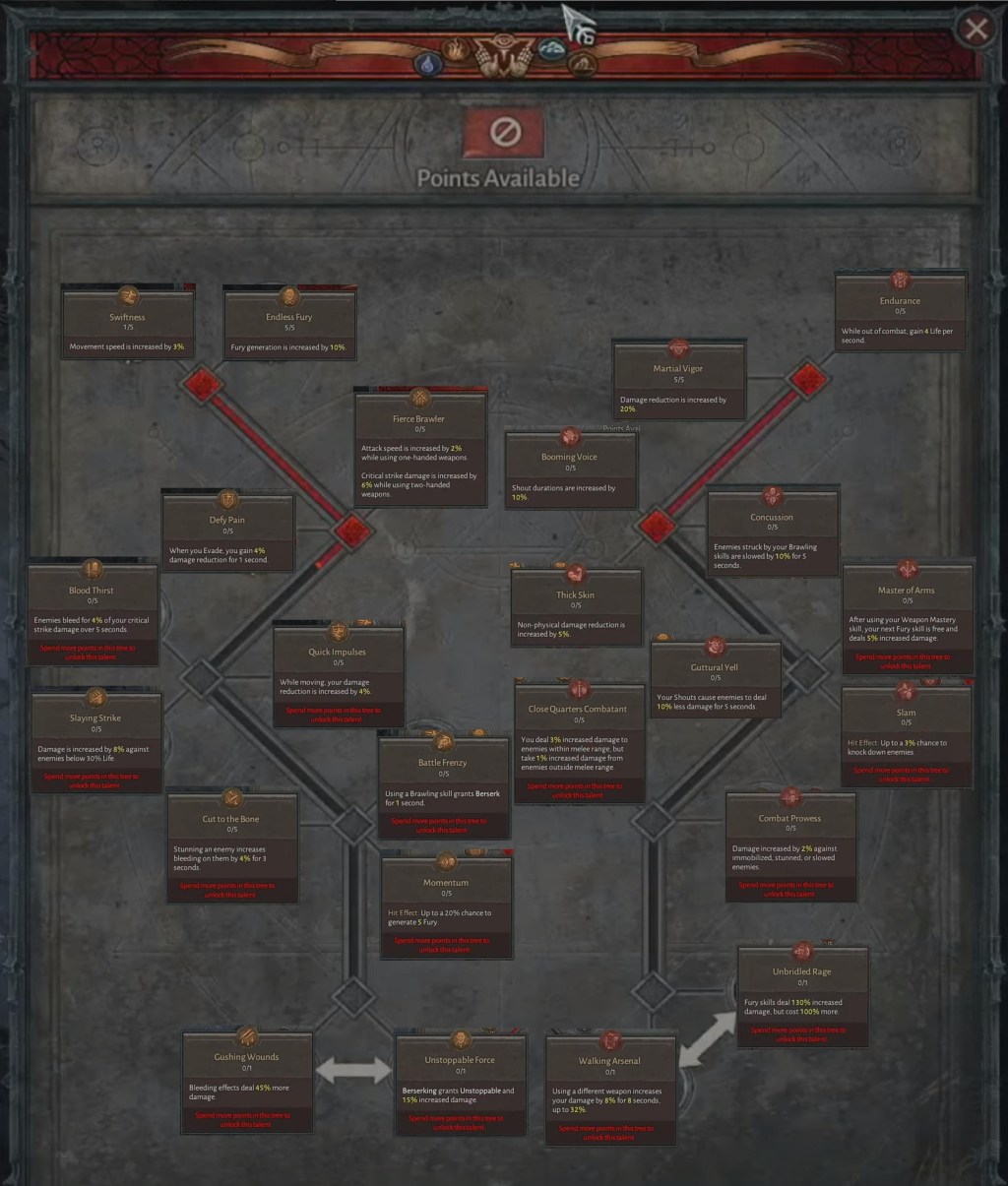 Above: How the Barbarian skill tree used to look in Diablo IV.

“We’ve been reading through a lot of the comments from the community and agree that the talent system needs more depth,” Diablo IV leads systems designer David Kim explains in the developer update. “Similarly, skill system progression felt too simple, which created issues where a player would have no meaningful reason to spend their skill points. With this valuable feedback in mind, we have been iterating on a new skills system.”

Below, you can see what the Diablo IV skill tree will now look like. 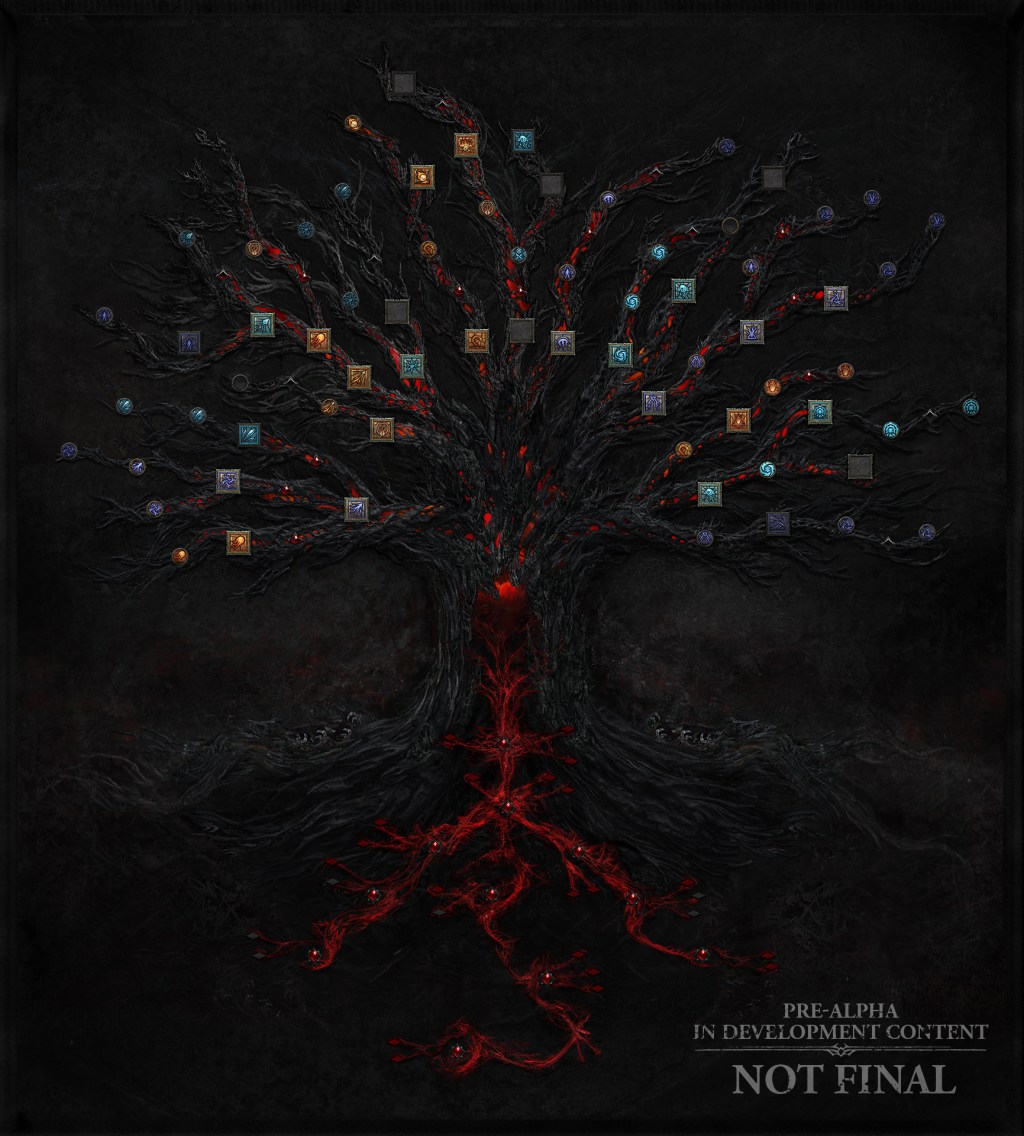 Above: A tree of skills! This is for the Sorceress class.

The new skill trees have more nodes and separate sections for active and passive abilities. The skill tree is also now a literal tree that includes more diverging paths. Active abilities make up the branches, while you can find passive ones in the roots. The square nodes represent active skills. The circular ones enhance those active points. While unlocking nodes in those branches, you’ll earn points that you can use on those passive ability nodes in the roots.

Once you’re playing end game content, you should have about 30%-40% of the nodes selected. This means that there should be multiple builds for each class.

You can find the full developer update here.