Activision announced that Call of Duty: Black Ops — Cold War Zombies will take place in a World War II bunker and will have cross-platform play for four-player co-op matches.

The cross-platform play represents the first time that Zombies will be available for players to team up together even if they are on different platforms like the Xbox One, PlayStation 4, PC, or the new consoles arriving in November. In Treyarch games, Zombies is just about as popular as the multiplayer and single-player campaigns, enabling Activision to market these Call of Duty releases as three games in one. Treyarch is one of several developers working on this year’s Call of Duty, the 17th installment in the series, which debuts November 13.

This year’s Zombies will have a fresh narrative with a new cast of characters. In the co-op play, four human players square off against hordes of zombies who attack in waves. If you survive to the end of the undead assaults, you can finish the full story. 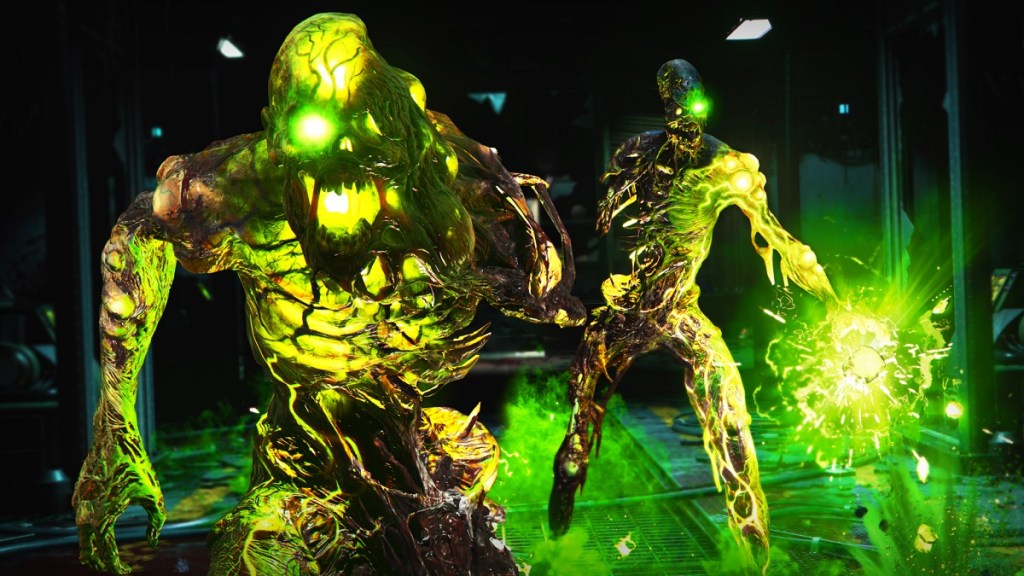 The story has a nod to “Nacht der Untoten,” the first Zombies map in Call of Duty: World at War in 2009. The story of Cold War Zombies is “Die Maschine,” and it takes place in the early 1980s.

In the story, you are part of Requiem, a CIA-backed international response team led by Grigori Weaver from the original Black Ops story. Your operatives explore a World War II bunker that hasn’t only been ravaged by time but by the undead as well. The bunker is huge, and full of strange equipment, graffiti, colorful lighting, and lots of exotic weapons.

While fighting to suppress the undead at this graffiti-skinned, boarded-up bunker, Requiem team members investigate what lies beneath the structure after decades of neglect. Requiem seeks a cache of decades-old secrets that upend the global order.

At the same time, a Soviet-led division and rival to Requiem, the Omega Group, enters the fray. The Omega Group also has a keen interest in studying and harnessing the events and anomalies manifesting around the globe. The trailer didn’t show the Omega Group in action, so it’s not clear if they are playable.

There are other forces that may get in your way. Other characters with unknown agendas will also advance the plot.

Players will now advance through the Battle Pass with time played in Zombies, similar to multiplayer and Call of Duty: Warzone. Requiem team members can also start the match with their Gunsmith-crafted weapon of choice via loadout support. That means you can use the guns you’ve leveled up in multiplayer.

As you can see in the trailer, you can also play above ground in the area around the bunker. You don’t start with a pistol anymore. And you can call in a helicopter or other scorestreaks to save you by raining fire from above.

In addition to the return of the Pack-a-Punch machine to transform your weapon, all weapons will now have a rarity. The higher the rarity, the greater the damage output and attachments for the weapon. For the first time, this will allow any weapon to still be useful in later rounds. You can find new weapons by buying them in Wall Buy or Mystery Box locations. 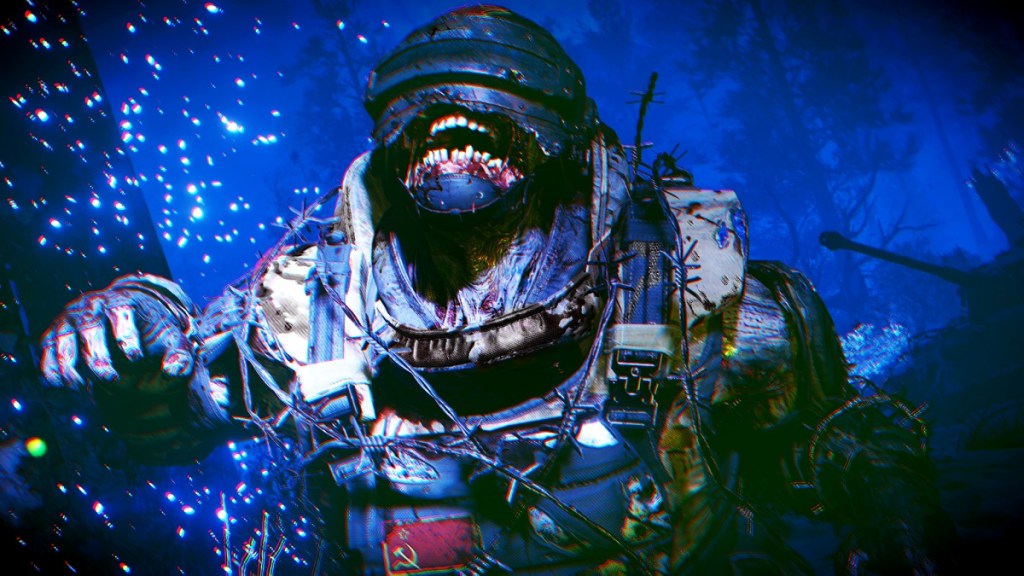 Above: He’s not so pretty. He’s a perfect fit for Call of Duty: Black Ops — Cold War’s Zombies.

Outside of weaponry, players can deploy field upgrades as proactive abilities that add another layer to squad-based tactics. You charge them up by killing zombies, then deploy them as needed. These include offensive buffs for evasion or healing and reviving.

Around the map, you can craft and find lethal, tactical, and support equipment. You can use Grenade Launchers, Sentry Turrets, Explosive Bows, and even Chopper Gunners. These can do a lot of damage to the zombies.

Classic Zombies perks are back with Cold War theming, including the return of Juggernog and Speed Cola. There’s no longer a limit to how many different perks you can consume. Post-launch content will be free.