During its Launch Night In event, which kicks off today at 11 a.m. Pacific (2 p.m. Eastern), Google is expected to launch new hardware across its product families. Leaks and premature sales spoiled some surprises — eagle-eyed buyers managed to snag Google’s new Chromecast from Home Depot, while Walmart’s mobile app leaked the specs of the Nest Audio smart speaker. Still, there’s a chance Google has an ace or two up its sleeve.

Here’s what we expect to see during this afternoon’s livestream, which can be found here.

While the Pixel 5 might be a successor in name, it’s a potential downgrade from the Pixel 4 in that it reportedly swaps the Qualcomm Snapdragon 855 processor for the less-powerful Snapdragon 765G. Leaks suggest the RAM capacity has been bumped from 6GB to 8GB, which could make tasks like app-switching faster. The Pixel 5 is also rumored to have a 4,080mAh battery, which would be the largest in any Pixel to date. 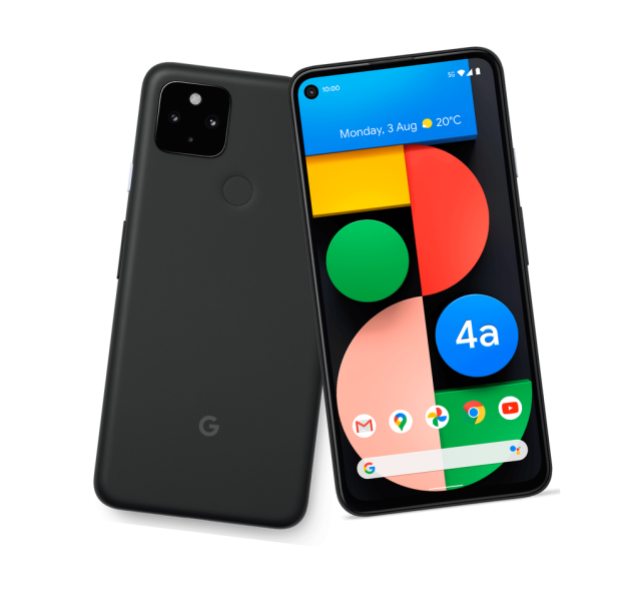 We expect the Pixel 5 to retain the 90Hz-refresh-rate, 6-inch, 2340×1080 OLED display (19.5:9 aspect ratio) introduced with the Pixel 4, as well as the Pixel 4’s rear-facing 12.2-megapixel and 16-megapixel cameras. (The 16-megapixel camera might have an ultra-wide lens, rather than the Pixel 4’s telephoto lens.) As for the front-facing camera, it’s rumored to be a single 8-megapixel wide-angle affair. Some outlets report that there’s a fingerprint sensor on the rear of Pixel 5, harkening back to the Pixel 3, and Google has apparently ditched the Pixel 4’s gesture-sensing Soli radar in favor of a streamlined design.

Other reported Pixel 5 highlights include IP68-rated water- and dust-resistant casing, sub-6GHz 5G compatibility, and 18W USB-C charging and wireless charging. The Pixel 5 is anticipated to cost around $699 in the U.S., U.K., Canada, Ireland, France, Germany, Japan, Taiwan, and Australia, which would make it far cheaper than the $799-and-up Pixel 4.

The Pixel 4a 5G is a tad less exciting, but rumors imply it will sport a larger display than the Pixel 4 (potentially 6.2 inches versus 5.8 inches). It might also share the Pixel 5’s 2340×1080 resolution, processor, and cameras alongside a headphone jack, but supposedly at the expense of other components. The Pixel 4a 5G is rumored to make do with a 60Hz screen refresh rate, 6GB of RAM, a 3,885mAh battery, and Gorilla Glass 3 instead of the Pixel 5’s Gorilla Glass 6, with no IP rating for water or dust resistance.

The new Chromecast supports 4K, HDR, and multiple Google accounts, as well as Bluetooth devices and USB-to-Ethernet adapters. But it doesn’t appear to tightly integrate with Google’s Stadia gaming service — at least not out of the box. The Verge’s Chris Welch, who managed to get his hands on a Chromecast unit early this week, reports that he sideloaded the Stadia app without issue and streamed a few titles with an Xbox controller.

Details about Nest Audio leaked more or less in full on Monday (courtesy of Walmart). The new speaker, which aligns with the design of the Nest Mini and Nest Hub, is covered in a mesh fabric (and 70% recycled fabric) and features four status LEDs and Bluetooth connectivity. It stands vertically and is substantially louder than the original Google Home speaker, with Google claiming it provides 75% louder audio and a 50% stronger base. Like the Google-made smart speakers before it, Nest Audio works with other Nest speakers and displays for multiroom audio and leverages Google Assistant for voice-controlled music; podcasts; and audiobooks from Spotify, YouTube Music, and more. 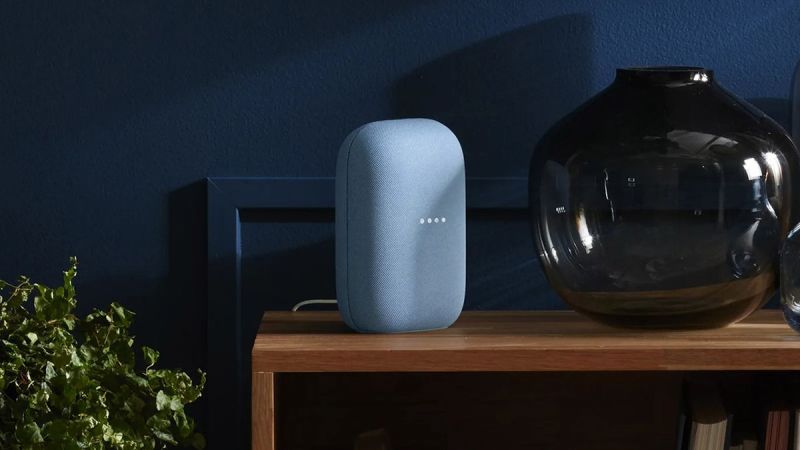 It’s also likely that Nest Audio will pack a dedicated AI chip for workloads like natural language understanding, speech recognition, and text synthesis. Google introduced such a chip with the Nest Mini and Google Wifi last year, claiming at the time that it could deliver up to a teraflop of processing power.

Nest Audio is expected to come in several colors and cost around $100.