The game industry is so full of surprises, like Congresswoman Alexandria Ocasio-Cortez drawing more than 4.5 million views for her hilarious get-out-the-vote Twitch livestream of social game Among Us this week. As a political event, it drowned out Rudy Giuliani’s ploy to revive the Hunter Biden controversy via the New York Post.

Video games are prospering during the pandemic, in contrast to so many other less fortunate parts of the economy. But figuring out the surprises and navigating the opportunities is perilous with so many things happening at once. We have new consoles coming, disruptions in the mobile ad ecosystem, and lots of land mines when it comes to finding the right way to monetize gamers.

That’s why we’re going to hold a new event on January 26 and January 27. The first day will be about Driving Game Growth, in a partnership between GamesBeat and Facebook. It will be grounded in the realities of business strategy for today’s game developers and publishers.

We’ll be talking about privacy and major ad ecosystem changes — like whatever comes along to replace the Identifier for Advertisers (IDFA) — and the cross-platform appeal and accessibility of instant games. We’re busy identifying speakers for a dozen major topics that combine the vision of bigtime CEOs, the sizzle of famous game developers, and the meat of tactical experts on things like in-app purchases and rewarded videos. Yes, we’ll have vision, sizzle, and meat at this all-digital event.

If you’re a developer and you want to be able to navigate the modern landscape of monetization, then this will be your kind of event, brought to you with the help of Facebook Gaming and Facebook Audience Network.

One of the awesome things about this event is that our partners will enable us to offer major parts of the event, such as day one, for free. That will help us attract not only the traditional audience of CEOs and executives who will come for the content and the networking, but the aspiring developers and international audiences who otherwise could never afford to come to an in-person event in a very expensive hotel. This event will be all virtual and available online.

The Zoomverse isn’t the place where I want to spend the pandemic. I’m still sheltering in place and playing games like Call of Duty: Warzone. But I don’t have a way to be as social as I once was. I can’t travel. So I can’t wait to be in the metaverse, the universe of virtual worlds that are all interconnected, like in novels such as Snow Crash and Ready Player One.

I think a lot of people feel the same way. We could dismiss the metaverse, or the Xverse, the Magicverse, the Omniverse, the Holodeck, the Oasis — whatever sci-fi name we want to give it — as pure fiction. But we have come a long way since Will Wright, the famous game developer, said that “a dog-eared copy of Snow Crash” is the business plan for every startup in Silicon Valley.

Many Silicon Valley technologists and game developers have thought about the metaverse and how to make it, but more as a hobby, a pipe dream, or a night job. But we need it now more than ever, and an increasing number of tech and game leaders are thinking about this as their day jobs. 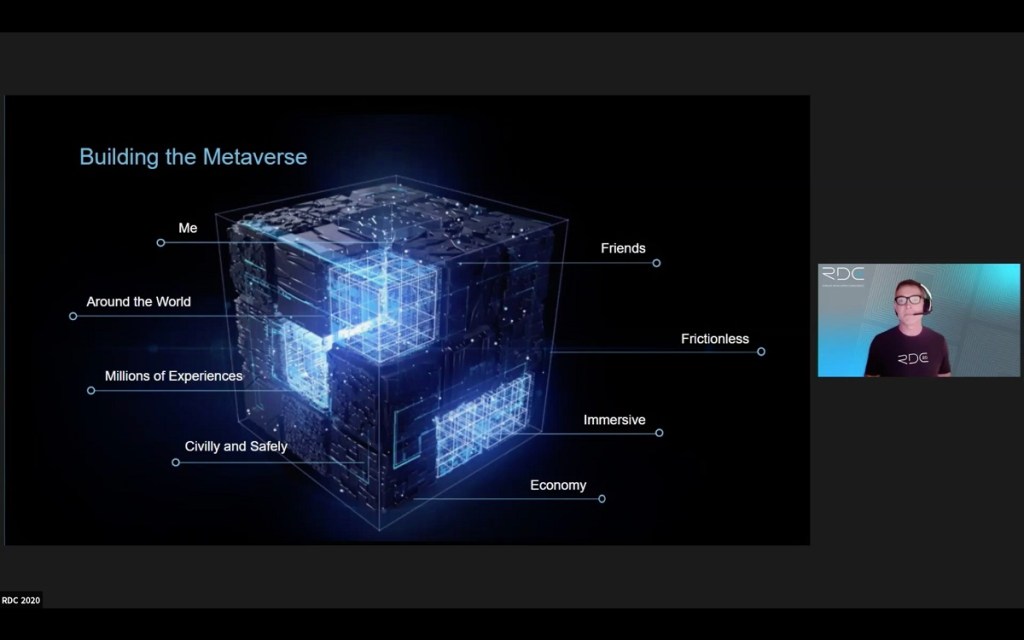 Above: Roblox CEO Dave Baszucki talks about the metaverse.

That’s why we’re going to have an event called Into the metaverse. It will take place on January 27, on day two of our event, with speakers from across games, film, venture investment, and big platform companies. Our speakers include uber-geeks such as Epic Games CEO Tim Sweeney and other visionaries who are investing heavily in the metaverse, like Roblox CEO Dave Baszucki; Gumi CEO Hironao Kunimitsu; Schell Games CEO Jesse Schell; Fable Studio CEO Edward Saatchi; Nvidia media and entertainment general manager Richard Kerris; Manticore Games CEO Frederic Descamps; and High Fidelity CEO Philip Rosedale.

These are some of the pioneers who are making the metaverse real, like Nvidia’s Omniverse, which is like a metaverse for engineers and is opening this fall. And we hope to show you demos of what these companies are working on, as well as broadcast part of the event on Oculus Venues in virtual reality.

We’re going to discuss whether we’re going to have a multiverse with lots of little metaverses, or a single big one like the Oasis from Ready Player One. We’ll discuss whether the best path to the metaverse is by building a giant virtual world or if we’ll get there through games like Fortnite, which has been adding features such as concerts. Or maybe the metaverse will emerge from something simpler, like Animal Crossing, where we’ll use 3D avatars on a Nintendo Switch. 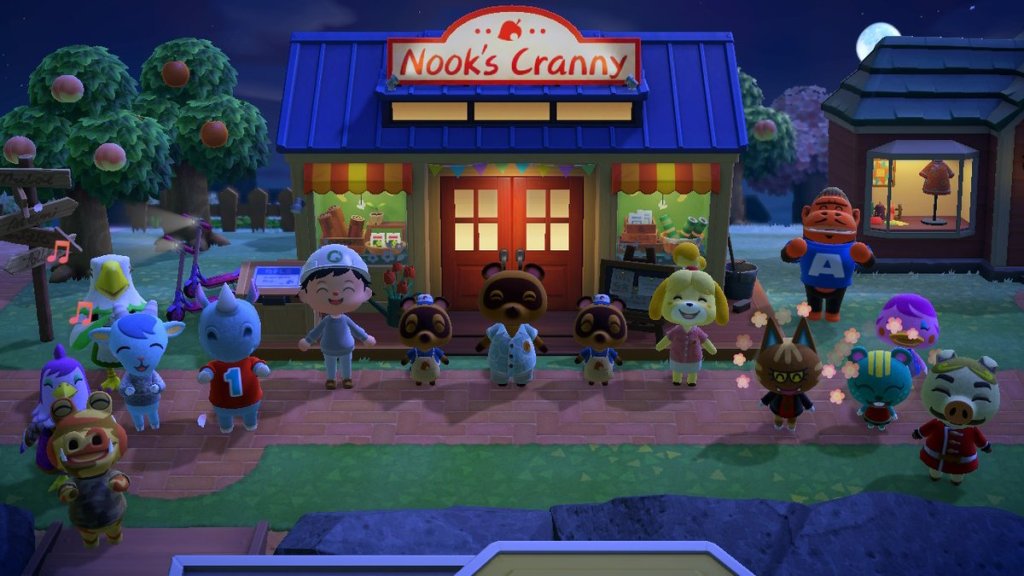 We will look at the plumbing of the metaverse, such as blockchain technology that will let us verify our virtual property and help us take our avatars from one world to another. How critical will virtual beings and AI be in fleshing out the virtual worlds?

We can talk about how AR/VR could help us get there. We can discuss the enterprise side of the metaverse, such as I’m thinking of adding a session on sex and the metaverse, but maybe that one is still the stuff of science fiction. We will talk about the investments we still have to make and the startups that look promising. And we’ll try to predict what we’ll do in the metaverse, with topics such as transmedia and storytelling.

Our speakers will address topics like ethics, diversity, and, of course, transformative technology. I’m very excited about this event, and I hope you can attend it.

Registration is free and open to all levels of the gaming community. Register today or reach out to events@venturebeat.com for speaking or sponsorship opportunities.

And since this is about events, I’d like to point out some other events that we have coming. On November 11, we’ll have an event with Oculus Venues and Zoom on Next Generation Games. On November 19, we’ll talk with Akamai and game studio heads on what it takes to build a new studio and new infrastructure to go with it. On December 2, I’ll moderate a webinar with Yellowhead on optimizing creative elements for advertising, and on December 9 we have an event with talks about diversity in games.

It’s going to be a busy event season, for sure. But we hope to do our part to help the game ecosystem, and we invite you to join us on the front row of gaming.