One of the first games I tested on Xbox Series X was PlayerUnknown’s Battlegrounds. As a boomer, it is still my favorite battle royale, but I play on PC. A big reason for that is the game runs at 30 frames per second on console. And I was disappointed that it still ran at that framerate even with the next-gen power of the new Xbox. But since then, PUBG Corp. launched an update for PUBG’s public test server that finally unlocks the framerate across all consoles. The result is that this last-player-standing shooter finally feels smooth and responsive on console.

PUBG runs excellently on Xbox Series X. The battle royale averages 60 frames per second on Xbox Series X while hitting an average framerate of 55 on Xbox One X. This is when the game is in Framerate mode, which sets the resolution to 1080p. 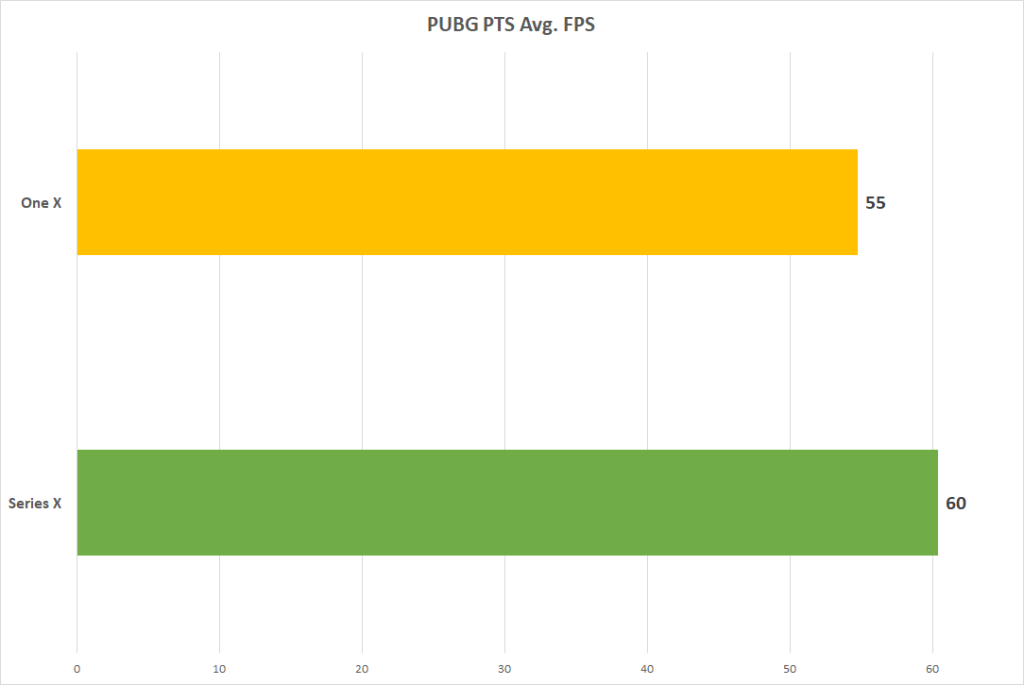 Above: But things aren’t as close as they appear.

If you only look at the chart above, however, you might assume that the Xbox One X runs PUBG nearly as well as the Series X, but that isn’t the whole story. First, the framerate runs at a nearly locked 60fps on Series X with only the most minor hiccups. The One X is much more inconsistent, and you can feel that during gameplay.

As a quick note, if you notice visual differences between the two versions, those all come down to the time and weather changes on the map.

Screen tearing is distracting in PUBG on Xbox One X

Even more noticeable is the screen tearing on Xbox One X. This version has a ton of noticeable tearing because it happens all up and down image. I tend not to notice tearing if it happens near the top of the frame or when you start getting into super-high refresh rates. But at 60Hz and dozens of back-to-back tears right in the meaty part of the image, it’s really distracting.

The yellow lines in this picture represents a recent tear, and you’ll notice that isn’t happening at all on the Series X version. 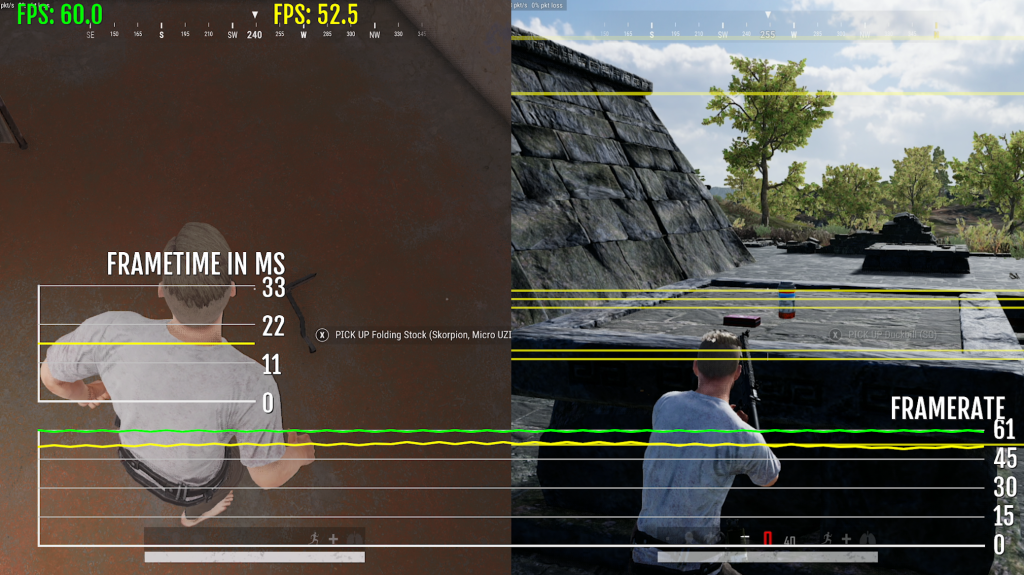 Overall, the Xbox Series X version feels like the way the game was meant to be played. It maintains a more consistent framerate, and it does so without creating unsightly tearing. If you plug a keyboard and mouse into your Series X, the experience is going to closely mimic the PC. And that’s high praise for this particular game.