Esports company Immortals Gaming Club is wheeling and dealing today. The company raised $26 million in funding from investors including Meg Whitman to expand its core esports brands and its game matchmaking platform. It is also selling off its franchise for the Call of Duty League to 100 Thieves.

CEO Ari Segal said in an interview with GamesBeat that Immortals Gaming Club is being strategic about its plans to expand and it is being tactical about the decision to sell the CDL team, which went by OpTic Gaming Los Angeles, to 100 Thieves.

While the Call of Duty team brought a lot of notice, Segal said that the company decided to focus on where it had strong brands, which it still owns in the form of its Brazilian MIBR esports team brands and its League of Legends and Overwatch League teams.

Segal said that the acquisition of Gamers Club, which happened in May 2019 when the company raised a $30 million round, turned out to be a very good move. Gamers Club operated a community hub and matchmaking for Counter-Strike: Global Offensive in Brazil. That business has now expanded to six countries, and it has grown its core subscriber base by 400% and its monthly active user base by 900%.

“There’s no shortage of things to do in gaming and we’ve seen really strong growth in our Gamers Club platform,” Segal said. “And in order to scale a business like that, it just takes a bunch of capital, because you invest into, in front of and alongside of growth. And what’s particularly gratifying about that piece of the business is we have such real time market feedback.”

In other words, when the company invests money into Gamers Club, it grows.

He said, “After operating the business and really starting to understand our core Counter-Strike community, we see what works.”

Segal said the company now plans to use the funding to aggressively invest in that business, as well as the core esports team brands it operates under the MIBR and IGC brands. He also believes that analytics will be a strong part of the business going forward.

Last year, Immortals was hoping that OpTic in the CDL’s Los Angeles franchise would also be a core brand, but that would require some big investments as well. CDL berths are reportedly worth about $25 million, and it takes a lot of investment to keep one of those teams in the field. Now Immortals can focus on other things, Segal said.

Segal said the company has a strong balance sheet and will focus energy, time, capital, and other resources on these aspects of the business, as well as current and future esports team assets that authentically serve and deliver for gaming communities around the world.

Whitman and her family office (the family investments of the eBay founder) led the investment round. Other investors included events company AEG and March Capital Partners. Whitman, who is on the board of the Immortals Gaming Club, said in a statement that the round shows the board and investor group’s excitement about the opportunities in the dynamic market.

Steve Cohen, the executive vice president of The Anschutz Corporation and chief strategy officer of AEG, is also on the Immortals Gaming Club board. In a statement, he expressed enthusiasm for the company’s brand-building efforts and that it’s OK for the company to sell off non-core assets when the time comes.

Segal said that Gamers Club, IGC’s Brazil-based gaming platform, has had a record year in 2020, and it has a leadership position in Latin America. Immortals Gaming Club plans to use some of its funding to invest in Gamers Club across all of its dimensions, including geographic growth, title expansion, and diversification into additional products, services, and business lines.

In 2020, Gamers Club has brought aboard publishers including Valve, Riot Games, Epic Games, and Garena. IGC plans to expand MIBR further, growing the brand’s reach beyond Latin America and extending it outside of Counter Strike: Global Offensive and Rainbow Six Siege.

Segal said that Gamers Club has continued to grow during the pandemic, which isn’t a small feat. As for the core esports business, Segal said, “We see really exciting runway for our Immortals brand and MIBR. We’ve enjoyed very strong growth.” 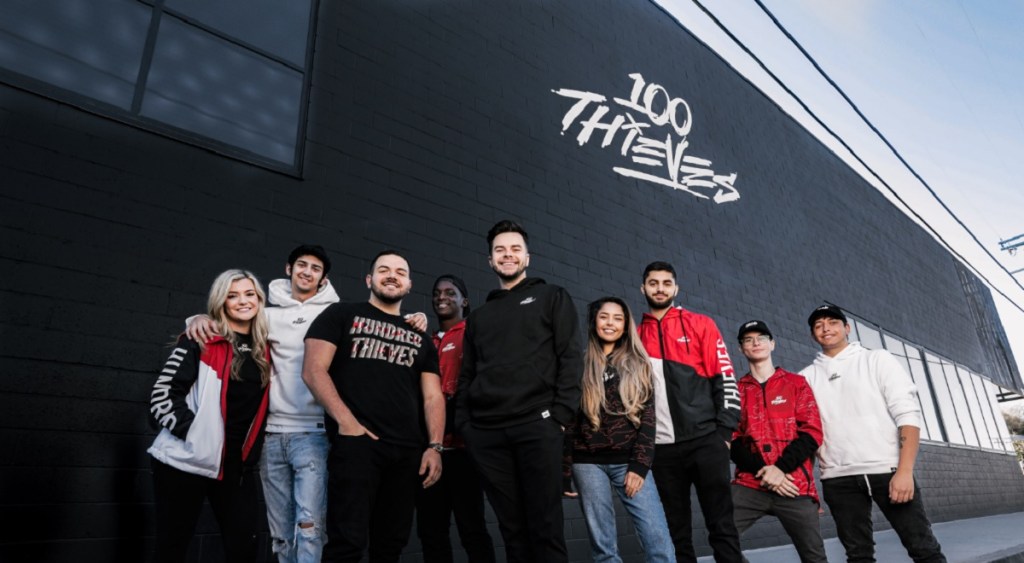 The 100 Thieves team will call its Call of Duty League team the Los Angeles Thieves, and it will operate out of the esports organization’s new 15,000 square-feet esports Cash App headquarters.

100 Thieves was founded by Matthew “Nadeshot” Haag, the Call of Duty World Champion and one of the most decorated and popular Call of Duty esports athletes in history. When he retired from competitive play and founded 100 Thieves in 2017 to explore his passions in esports, entertainment, and apparel, Los Angeles was the natural home.

When the Los Angeles Call of Duty franchise became available on the heels of the Call of Duty League’s inaugural season, the organization jumped on the opportunity to represent its hometown, with a fresh extension of the 100 Thieves brand.

In its first full season, the CDL signed a major partnership with YouTube, saw record ratings for its Championship Weekend broadcast, and continued to operate successfully during the pandemic, while pivoting from live events to online competition.