Venture capital fund Griffin Gaming Partners has raised $235 million to invest in game companies and related technologies around the world.

The video game industry is now expected to grow to $174.9 billion this year, according to market researcher Newzoo, which previously forecast 2020 would hit $160 billion. Due to the pandemic, the number of gamers has increased significantly, led by the U.S. with a 46% increase. Newzoo estimates that gaming will grow 248% in the next 10 years.

The Santa Monica, California-based Griffin Gaming Partners was started in 2019 by general partner Peter Levin, cofounder of Nerdist Industries and former president of interactive ventures, games, and digital strategy at Lionsgate; Phil Sanderson, a venture capitalist with two decades of experience in game investing; and Nick Tuosto, managing director of investment banking firm LionTree. (Levin will be a speaker at our upcoming GamesBeat: Into the Metaverse on January 27.)

Levin said he believes the pandemic is highlighting games as the No. 1 form of entertainment, since it is digital, highly engaging, and has a broad base of support across three billion people. During the pandemic, Levin said a lot of finance people and media executives are learning anecdotally about games because they’re watching their kids play all of the time. 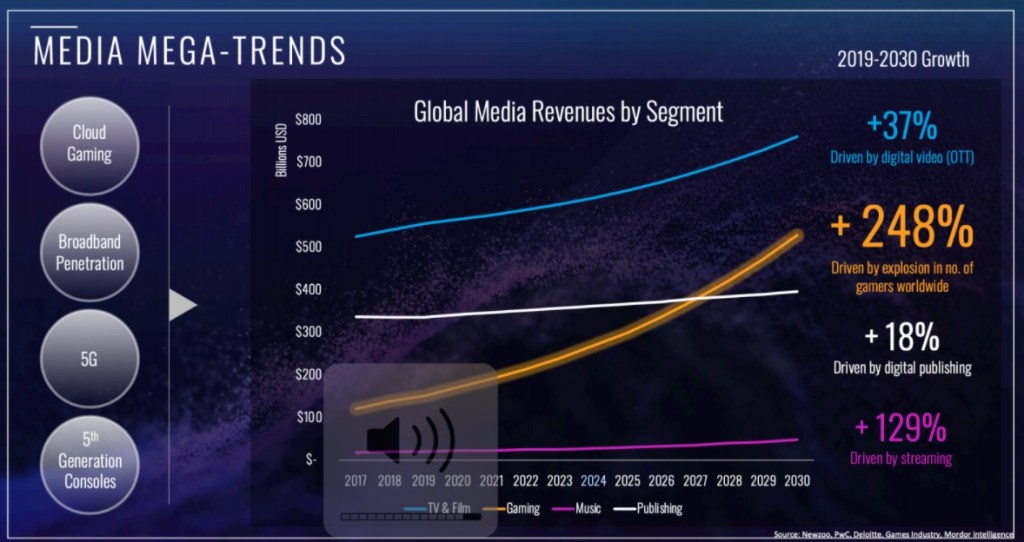 “That psychological barrier was broken and they realize their kids are not watching television or going to films,” Levin said. “They’re either gaming or watching other people play games. Now the parents realize it too.”

Levin has been behind deals such as getting the Westworld TV show creators Jonathan Nolan and Lisa Joy to work on a video series for Amazon based on the Fallout video games, as well as taking Candy Crush Saga to CBS for a show. He also helped with the integration of John Wick into Fortnite and Reservoir Dogs into Pay Day. He thinks we’ll see even more successes like the Sonic the Hedgehog movie and the Netflix video series adaptation of The Witcher novels.

“I’ve spent my entire career at the crossroads of media and games,” Levin said. “It’s becoming increasingly important. This is about the massive opportunity to invest in a global marketplace of three billion-plus gamers.”

The firm spent the last nine months or so raising funds from limited partners from around the world. (The firm is not allowed to say who they are, but source said there are more than a dozen gaming and media and technology companies involved across Europe, the U.S., Asia, and the Middle East).

“We feel that gaming is so very global and what better way to assist our portfolio companies than to have a global investor base,” Levin said in an interview with GamesBeat.

Sanderson, who regularly runs 100-mile races and recently completed a 240-mile race, worked at IDG Ventures and has been investing in games for 23 years, with deals including Funzio, Next Games, Telltale, and Plain Vanilla Games. 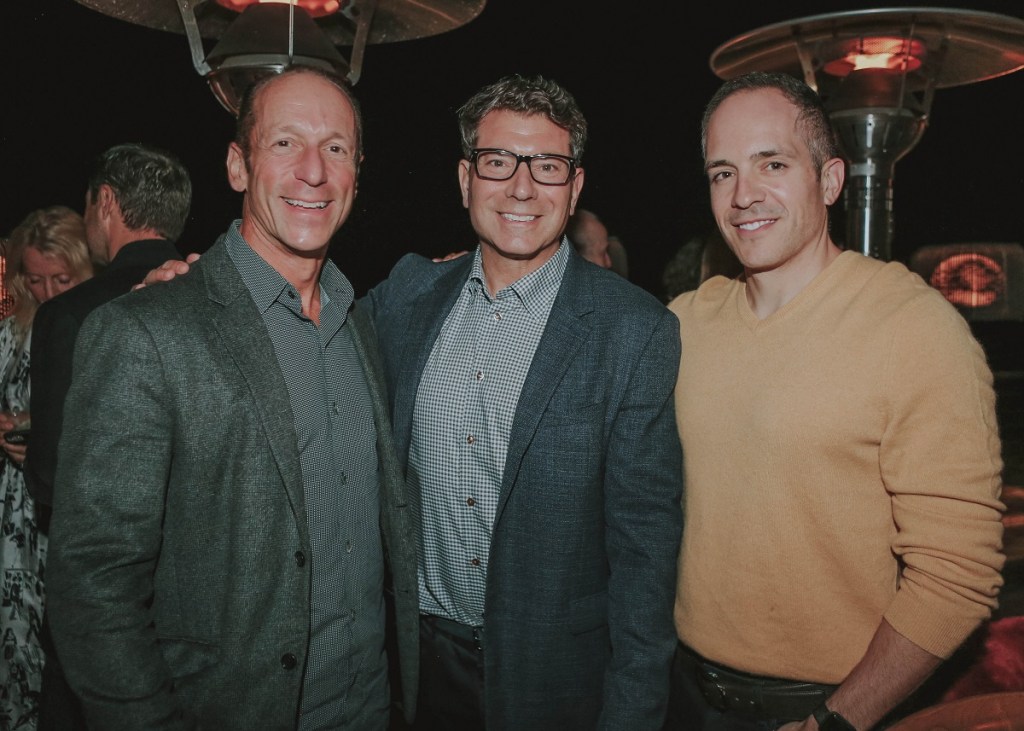 Tuosto has been one of the most active investment and acquisition advisers in the gaming sector, with seven 2020 transactions such as Scopely’s acquisition of FoxNext Games, AppLovin’s acquisition of Machine Zone, and Phoenix Labs’ sale to Garena.

The fund is one of more than 30 around the world that invest in games now. But Levin believes the Griffin fund is unique, not only in its amount of capital but also its strategy.

Griffin Gaming Partners has investments in Skillz (which plans to go public at a $3.5 billion valuation through a special-purpose acquisition company in a transaction that Tuosto is working on via LionTree), Discord, Subspace, Wave, Tactile Games, N3twork, Wizard, Frost Giant, SuperSocial, Funzy, and Latitude.

In the general partners, the company has the VC experience of Sanderson, the operating and entrepreneurial background of Levin, and the strategic market and deal flow insight of Tuosto. Jam City CEO Chris DeWolfe referred to them as the “dream team of game venture capital.” The idea is to marry business development and corporate development, meaning starting companies and then selling them. 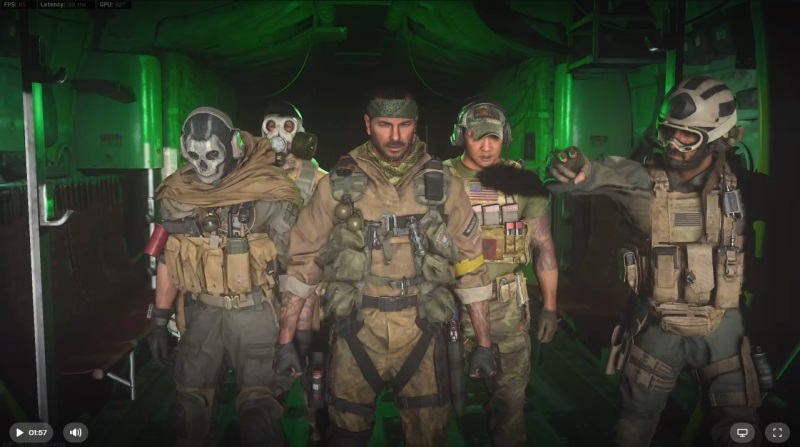 Sanderson was an investor in the $14 million seed round for Phoenix Labs, maker of the Dauntless monster-hunting co-op game. Tuosto represented Phoenix in a sale that involved more than 75 potential buyers, and ultimately Garena acquired Phoenix after investing in the company. That’s an example of the ecosystem that Griffin Gaming Partners is setting up with its network, Levin said.

The firm will invest in platforms and infrastructure for perhaps half of the fund, Levin said. The other focus will be on content or game studios. That allows the firm some insight into where the audience is going and where they’re coming from, how they’re monetizing, and how they are being acquired, Levin said.

“We sit at this cross-section of gaming, media, and technology, with cloud gaming and 5G and all of these new distribution players,” Levin said. 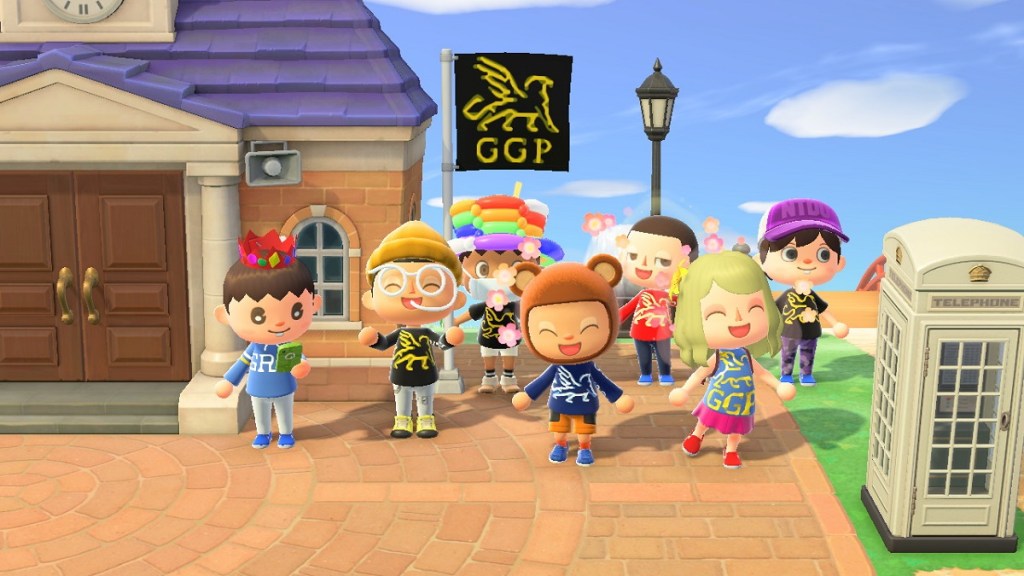 The firm will focus on everything from seed fund investments as low as $1 million all the way up to later-stage deals at $15 million or $20 million.

“Gaming in the pandemic is very much not an aberration,” Levin said. “It is a reflection of the trajectory the industry was already going. Psychologically and philosophically, it was an eye-opener for much of the world who was not acutely aware of what was happening. It is no longer a luxury for any form of traditional media to understand what’s happening in gaming. It’s a strategic imperative.”

Levin said that if more big companies realized the importance of gaming, that would be good for Griffin since there would be more buyers for Griffin’s investments. He noted how in the last few years we’ve seen big tech companies get involved, such as Google with Stadia, Apple with Apple Arcade, Amazon with Luna and its game studios, Microsoft with xCloud, Nvidia with GeForce Now, and even Netflix with licensing content from games. Some Hollywood companies, like NBC Universal and Disney, have exited the ownership of internal game studios, but Warner Bros. still owns its Warner Bros. Interactive Entertainment, and the likes of Blackstone Group and others are involved in gaming.

“Before, we had big endemic companies like Electronic Arts, Activision Blizzard, Take-Two, and Ubisoft, and now we have a whole new portfolio of players on the field, which is exciting, which is great for our business,” Levin said.

The financial markets are also excited about games, as Unity Technologies held a successful initial public offering, and others such as Roblox and Playtika have filed for IPOs. 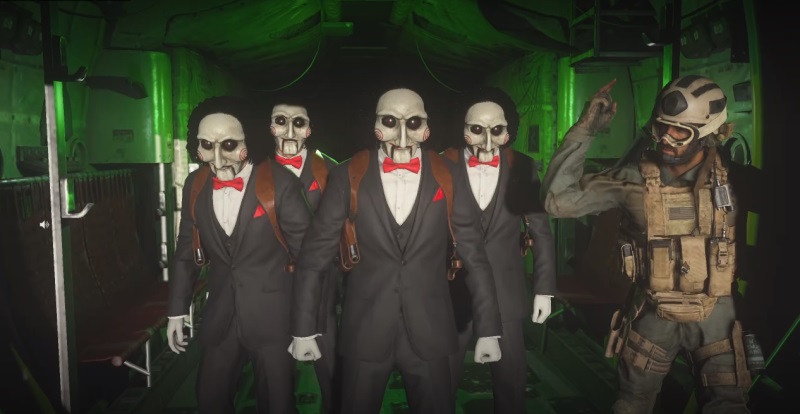 Above: GGP is kind of hardcore.

The fund will likely invest half in North American deals and half in international deals. Levin said he has been to Finland 52 times and Japan 63 times. Levin said the company is sector-agnostic, but he notes there are some tough areas for investment, such as virtual reality and esports teams. Those investments may have a longer time horizon for returns than VCs can accommodate with typical 10-year funds.

Griffin is also not likely to invest in triple-A games, which often have huge budgets that even his company can’t afford.

“They’re too expensive,” he said. “The development time and the runway is far too long for us. That’s not a game that we want to play in. But otherwise, we’re looking at everything. We’re also huge believers in further developing women and gaming opportunities to invest in, not only because it’s the right thing to do, but it is the right thing to do because a ton of money has been left on the table with this underserved demographic.”

As for the metaverse, Griffin’s investment in SuperSocial leans in that direction, as a developer of games on platforms such as Roblox, Levin said. So long as companies can stay within their swim lane and keep users coming back, they can evolve toward the metaverse, he said.

“The term metaverse is often misused by a lot of folks,” Levin said. “But it’s absolutely going to continue to be a thriving part of not just the gaming ecosystem, as other industries overlap with games. It’s going to be a social experience, like watching TV or playing Minecraft.”