Journalists usually aren’t cast as heroes these days, and so it’s fitting that Sam Higgs, the star of Dontnod Entertainment‘s latest narrative game Twin Mirror, is a tortured soul.

Dontnod’s latest story-based game is arriving on the PlayStation 4, Xbox One, and the Epic Games Store on the PC on December 1. I played a couple hours of the game in a preview session, and I can certainly identify with the tortured soul. This self-published game, co-developed with Shibuya Productions, is an example of how Dontnod is spreading out beyond its popular Life Is Strange series.

Higgs is an investigative journalist who left his hometown of Basswood, a coal-mining town in West Virginia. He left Appalachia two years earlier after he wrote about a dangerous mine that was the town’s lifeblood. The mine closed, and everyone took it out on Higgs as if it were his fault. So he fled.

Higgs returns for the funeral of his best friend, Nick. He finds the town still has its secrets. Nick’s daughter, Joan “Bug” Waldron, suspects that her father was murdered. Joan was close to Higgs, but she was hurt that he stayed away so long. She asks Higgs to investigate, and he promises to do so. 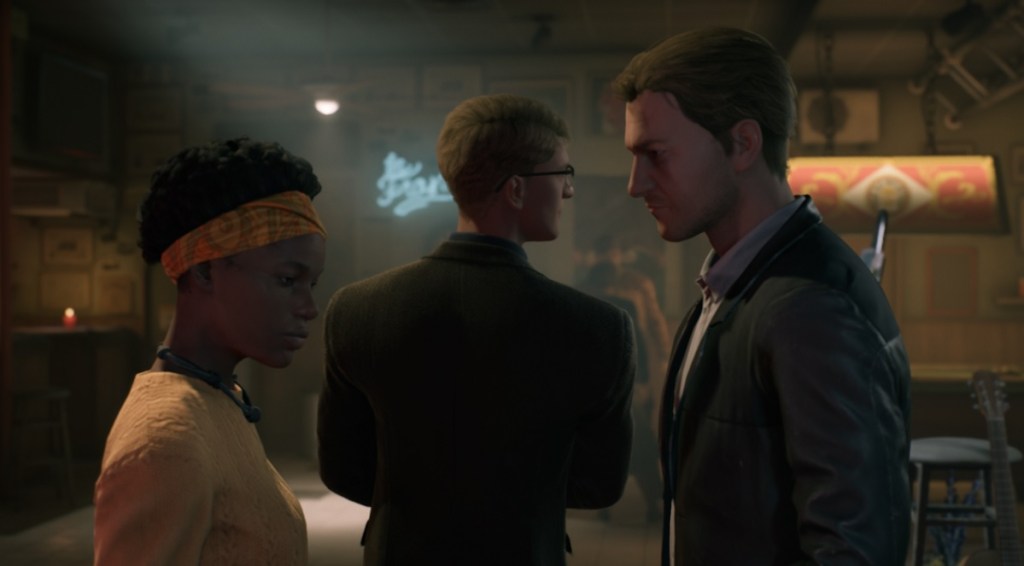 Above: Twin Mirror is the next game from Dontnod. Anna faces Sam Higgs.

When Higgs analyzes facts, he pulls together a lot of threads into his mind. That’s when the game goes a little supernatural, as Dontnod games often do. Sam goes to his Mind Palace, which visualizes facts that he can see. This helps him notice things that other people miss. One of the things he replays in his head is his proposal to his girlfriend, Anna, who turns him down.

Returning from his flashbacks to the present, Higgs realizes he stayed in the Mind Palace so long that he misses Nick’s funeral and has to go straight to the wake at the bar. He also has a conversation with a guy who exists only in his head. We don’t know who this person is, other than that Higgs constantly argues with the man — a twin or double — as he makes major decisions. As the player, you have to make choices.

Anna is at the bar, but she is distraught because she had been dating Nick, who never told Higgs that he was dating his ex-girlfriend. The news and the failure to rekindle any kind of relationship sends Higgs into a new tailspin.

Higgs is a flawed person. His mind plays tricks on him. He gets drunk at the funeral wake at a bar. He wakes up with a hangover and no memory of what happened after he left. Then he finds his shirt in the motel bathtub, covered in blood. He returns to the bar and slips in from the back. 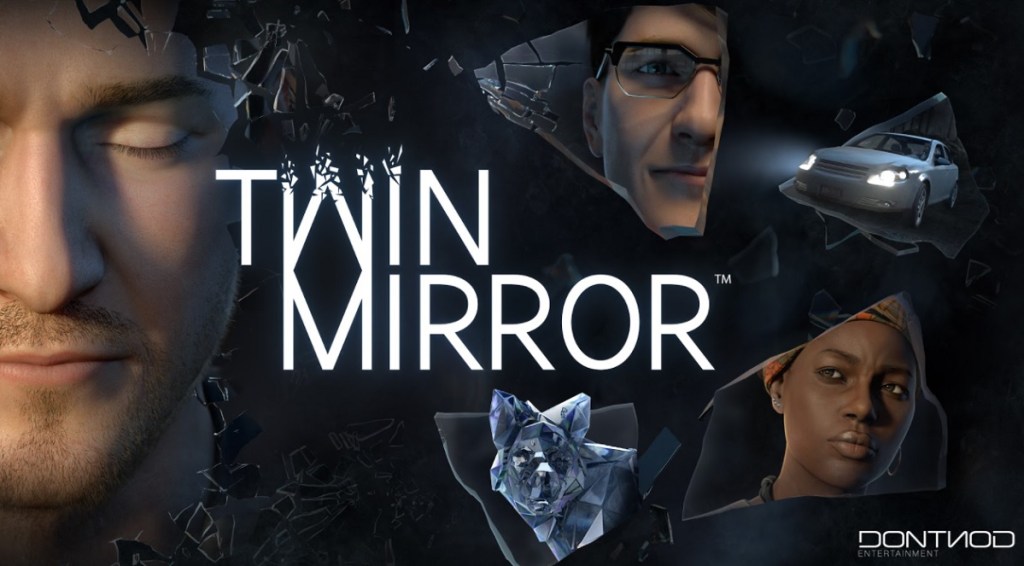 Above: Twin Mirror is the latest Dontnod game coming on the Epic Games Store on December 1.

The scene is a mess. You have to collect the clues and try to reconstruct what happened. Higgs figures out that he got in a fight with someone and they wrecked the place. But there was no blood on the floor. You can’t exit until you figure out what happened. As the bar owner arrives, Higgs slips out again.

Then Higgs ventures into the town. We learn that nobody likes him, and nobody wants him there, except new people who haven’t met him before. As the player, you have to stop and talk to everybody in the local pharmacy and the cafe. Higgs keeps running into people who know him. Some like him, and some hate him. He has to uncover enough facts to get to the next stage of the mystery.

I thought this latter part of the two-hour game session was pretty well done, as it visualized different scenarios and helped Sam come up with the best answer. That was where my preview ended, but I’m looking forward to uncovering the rest of the secrets of Basswood.

This game offers some different gameplay experiences compared to other Dontnod games, but it’s all part of the same effort to build rich worlds with compelling characters and deep stories. You can tell that it’s a Dontnod game, and fans of Life Is Strange should like it.