I know that all us, myself included, are preoccupied by the next-gen (I guess they’re the current gen now) consoles. But I found out that today is the 20th anniversary of the North American release of Final Fantasy IX, which debuted on the original PlayStation on November 13, 2000.

I love Final Fantasy. Back in around 2007, I played through Final Fantasy I through X over the course of about six months. It was an amazing experience, and it turned me into a lifetime Japanese role-playing game fan. I’ve played a lot of games in that genre. Final Fantasy IX is still my favorite.

It’s such a memorable experience. It has all of the essentials that a good JRPG needs. It has memorable characters and party members, with the brave-yet-bumbling knight Steiner and the timid mage Vivi being my favorites. You have an amazing soundtrack. It’s one of the best scores from composer Nobuo Uematsu, a man who may have more incredible gaming music with his name on it than any person in history.

And while a lot of JRPGs today add more open-world and action elements, I love how classic Final Fantasy IX feels. You have turn-based combat, an overworld map, and random encounters. It all warms my soul better than a bowl of mom’s chicken soup. 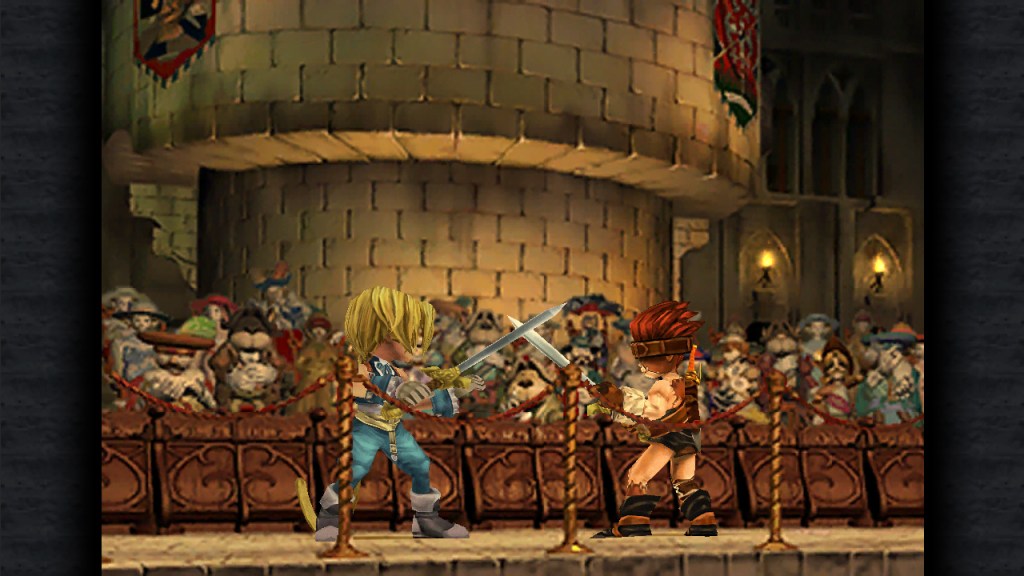 Final Fantasy IX also has some surprisingly mature storytelling. Much of the game focuses around people accepting mortality or handling death. A lot of this happens through the eyes of Vivi, who learns that he was made, not born, and that he has a short lifespan. His character arc is one of the most emotional and satisfying in RPG history.

Thankfully, you can play Final Fantasy IX easily today. Square Enix has released the game for Switch, PlayStation 4, Xbox One, PC, and even mobile. I’d recommend the PC version, since you can download some cool mods that can improve the graphics and controls.

But however you go about, I do hope that you give Final Fantasy IX a chance. Heck, you can even run those last-gen versions on your new machines if you got a PlayStation 5 and Xbox Series X/S this week.