The company did not say how much it is raising nor its valuation. CNBC previously reported that the company could go public early next year at an $8 billion valuation.

Roblox said earlier that it filed a confidential draft registration statement with the U.S. Securities and Exchange Commission for a public offering of common stock.

The company most recently raised $150 million in venture funding from Andreessen Horowitz in a deal announced in February. Its valuation at that time was $4 billion.

The game industry is one of the few economic sectors that is doing well during the pandemic. Game engine maker Unity raised $1.3 billion at a $13.6 billion valuation in an IPO on September 18, even though it is losing money. Unity’s shares are up more than 60% since trading began. 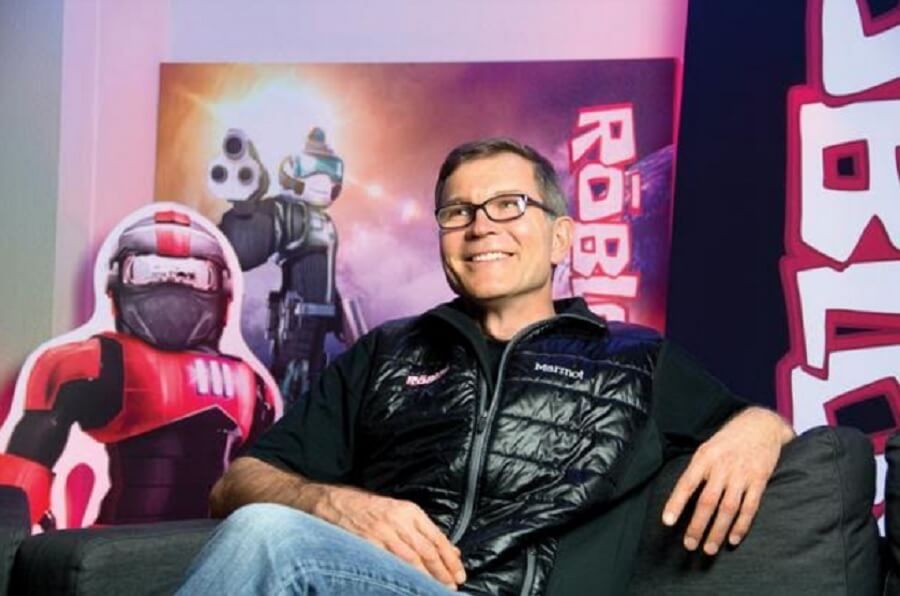 Above: Dave Baszucki, the CEO of Roblox.

Skillz, which turns games into skill-based cash reward competitions, is planning to go public at a $3.5 billion valuation through a special public acquisition company (SPAC).

CEO Dave Baszucki and Erik Cassel founded Roblox in 2004, enabling just about anyone to make Lego-like characters and build rudimentary games. Before that, in 1989, Baszucki and Cassel programmed a 2D simulated physics lab called Interactive Physics, which would later on influence the approach for Roblox.

The company has grown to more than 31.1 million daily active users. The platform now has nearly seven million active developers. As of September 30, developers had created more than 18 million different experiences (or games) on Roblox, and the community visited more than 12 million of those experiences.

Measurement firm Sensor Tower said that since 2014, Roblox has seen 447.8 million installs and $2 billion in consumer spending on mobile.

Above: Dean Takahashi wanders through the JDRF area inside Roblox.

For the nine months ended September 30, revenue was $588.7 million, compared with $349.9 million a year earlier and $488.2 million in 2018. Bookings (which include revenue that will be recognized later) were $1.2 billion for the nine months ended September 30, up 171% compared to $458 million a year earlier. The company attributed that growth in part to demand from users stuck at home during the pandemic.

Roblox shares revenues with its game creators, enabling high school students and young adults to make money. For the 12 months ended September 30, more than 960,000 developers earned Robux, or virtual cash that can be converted into real money, on Roblox. There were 1,050 who earned more than $10,000, and nearly 250 who earned more than $100,000. When users exchange Robux for money, Roblox takes a 30% share of the transaction.

About 34% of sales comes from the Apple App Store and 18% comes from Google Play. The average lifetime of a paying Roblox user is about 23 months. Among the risk factors Roblox faces is ensuring a civil environment for children online, which isn’t easy given all the different ways online systems are attacked.

Baszucki is a big fan of the metaverse, the universe of virtual worlds that are all interconnected, like in novels such as Snow Crash and Ready Player One. At our GamesBeat Summit event in April, Roblox’s Matt Curtis talked about the tools the company is building in order to make its version of the metaverse happen. Baszucki is speaking at our metaverse event on January 27.

In a letter, Baszucki said, “As I sit here writing this letter, I can’t help but reflect on the last 15 years and how they have gone by so quickly. It seems like only yesterday when Erik Cassel and I launched the first version of Roblox from a small office in Menlo Park. From the start, we imagined the possibilities of bringing people together through play. Our goal was to create an online community where people could do things together in virtual worlds. We hoped that by sharing experiences, our users would connect, learn, and have fun with one another.”

By 2011, Roblox players were asking Baszucki for his autograph at company events.

“When we talk about ‘creators’ we do so in a general sense, because creating experiences on Roblox taps a broad range of skills,” Baszucki wrote. “Our creator community includes people specialized in coding, 3D experience design, avatar and clothing design, sound design, community management, moderation, live ops, production, and business. We believe that experience creation will become a growing field of employment.”

The metaverse is the same goal that Epic Games, maker of Fortnite, is reportedly chasing after as well, as are numerous other companies. But Roblox is doing just fine as a platform for user-generated content. Many of its top-10 games are getting billions of plays. As of September 30, Roblox had 830 employees, up 275 from a year earlier. It also has 1,700 trust and safety agents across the world.

For 2019, Baszucki received $4.5 million in compensation. He holds about 1.7% of the Class A shares and 100% of Class B shares, for a total of about 12% of the outstanding stock and 70.7% voting control. Anthony Lee, the lead independent director and a vice president at Altos Ventures, holds 21.3% of the stock and 7% of voting control.

Among the small details, Roblox uses the Lua scripting language and Amazon Web Services for its cloud infrastructure. About 67% of daily active users and 32% of bookings are from outside the U.S.

In China, Roblox said it success will be dependent on Tencent’s ability to obtain a license for Luobulesi, the name of the Roblox platform in China. As of September 30, Roblox had 18,000 servers around the world.

Developers can share their creations via the Studio Marketplace. As of September 30, that market had more than 30 million models and other creations available. Roblox said it has more than 45 U.S. patents.