The holidays in 2020 will be unlike any in recorded history.

With the COVID-19 pandemic still raging in the United States, many of us will be skipping large family gatherings (and honestly, y’all should be doing this). I won’t be seeing my mom and brother at Thanksgiving or any of the December holidays. Now, back in a past life, I was a desk editor for newspaper sports sections, and I’d work the December holidays to give others with stronger religious beliefs a chance to spend it with their families. I know how hard it is to miss out on these holidays.

So this year, I wanted to find some extra-special-cool presents for my “Gloriously Geeky Guide for Geezer Geeks.” I added a couple of new item types to my list, but I’ve still got the fun, silly stuff as well.

Be well this holiday. With any luck, if we all can social-distance and wear our masks, this will be the only “Corona-mas” we’ll have, and we can spend the holidays with our families next year.

And check out all of our Black Friday/holiday gift guides for 2020. 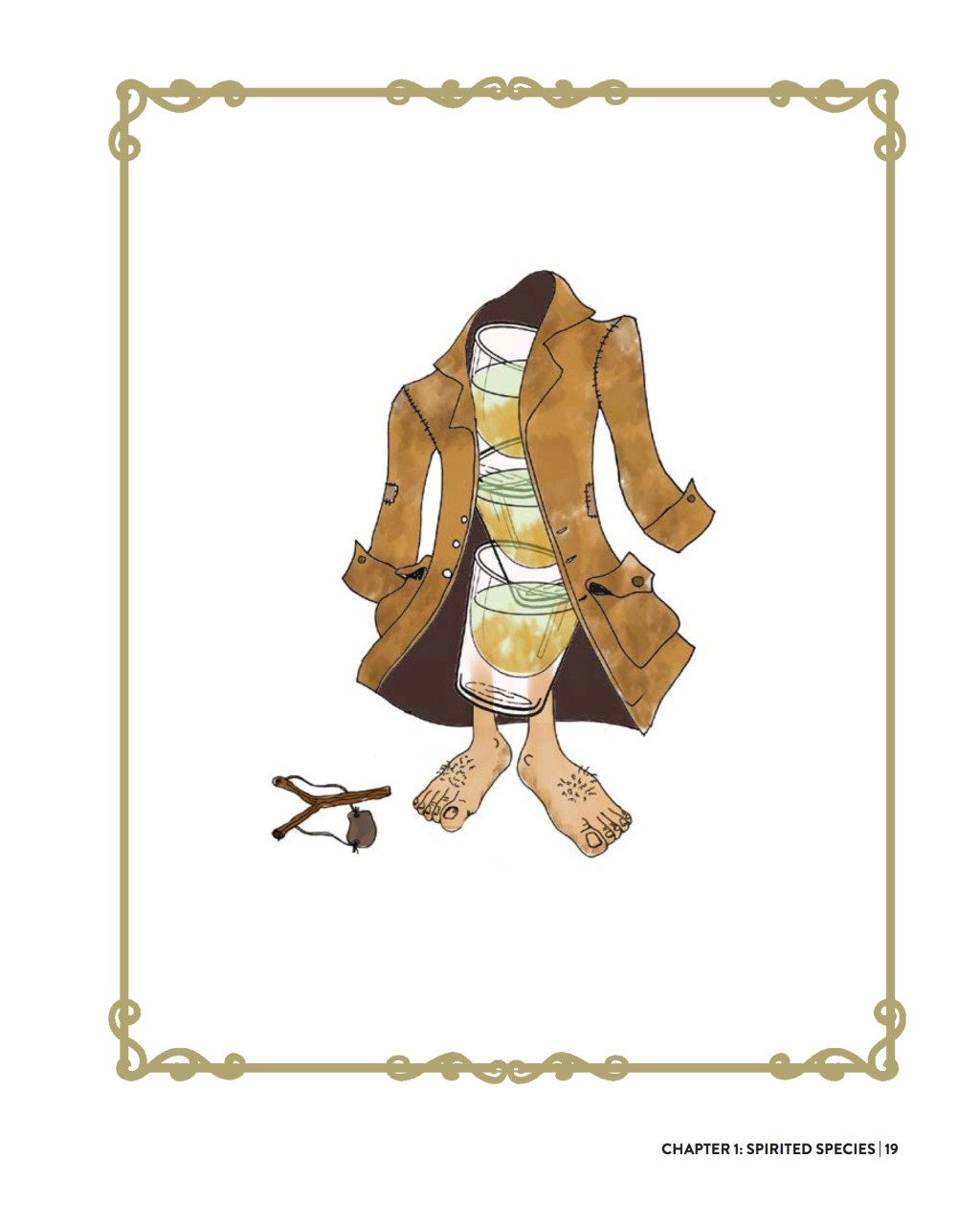 Above: Three Halflings in a Trench Coat sounds like a fun drink.

While I’m more of a beer fan these days, I’ve been known to enjoy a nice cocktail or two. And I dig ’em more when they have fun themes, such as the libations in Jef Aldrich and Jon Taylor’s book from Adams Media. This guide has 75 recipes riffing off drinks suitable for any tabletop gaming session. What I dig about this is that, besides the fun recipe names, it also goes into bar cabinet essentials and techniques novice mix-masters may need.

Of course, I’m here for the drink names, too. Here’s a few of them: 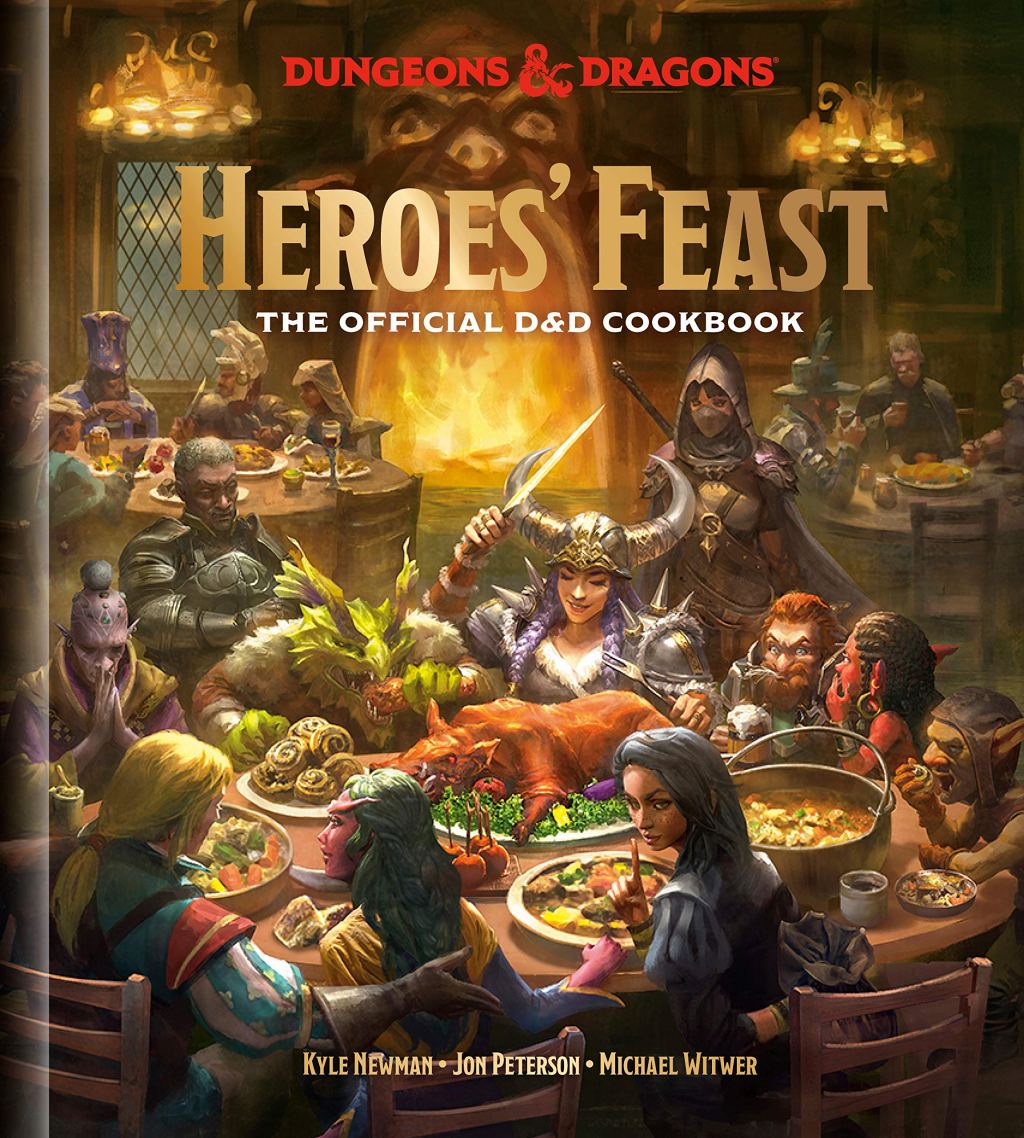 Above: I’m getting hungry just looking at this.

Many of us have been cooking more as we’ve been staying home during the pandemic. And like with boozy beverages, food with a fun theme is tastes just a bit better to me, is just a bit more enjoyable to make. Dungeons & Dragons has taken its 45 years of lore and baked it into a tome full of pun-tastic recipes.

Where to buy: Amazon | Barnes & Noble | Your local book store 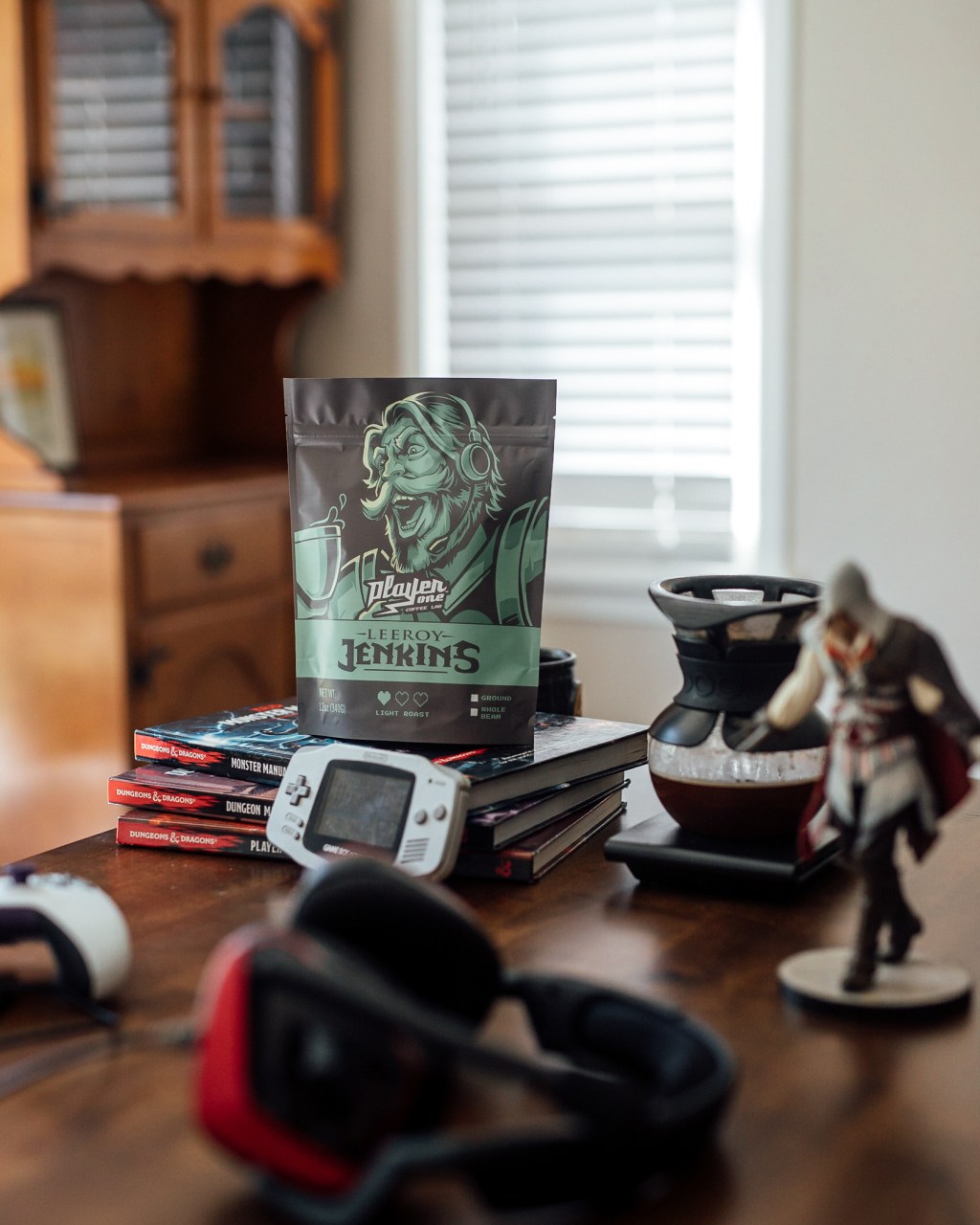 Above: No chicken in sight.

Caffeine is a must-have for any long gaming session, be it rolling the dice while fighting for the Crown of Command in Talisman, trying to slay the monstrosities in Demon’s Souls (though, to be honest, I do tend to play Souls games better after a beer or two. I’ve got a solution for that later!), or just hunkering down and getting some work done.

The brews from Player One Coffee all have a gaming theme. I’ve enjoyed the Leeroy Jenkins (alas, without chicken), which is a blonde roast (my favorite). These tend to be smoother and less acidic than darker roasts, and I’ve been told that they retain more caffeine than those do, too. What’s nice about this company’s slate is that it offers standard and cold-brew coffee, along with cocoa.

Where to buy: Player One Coffee 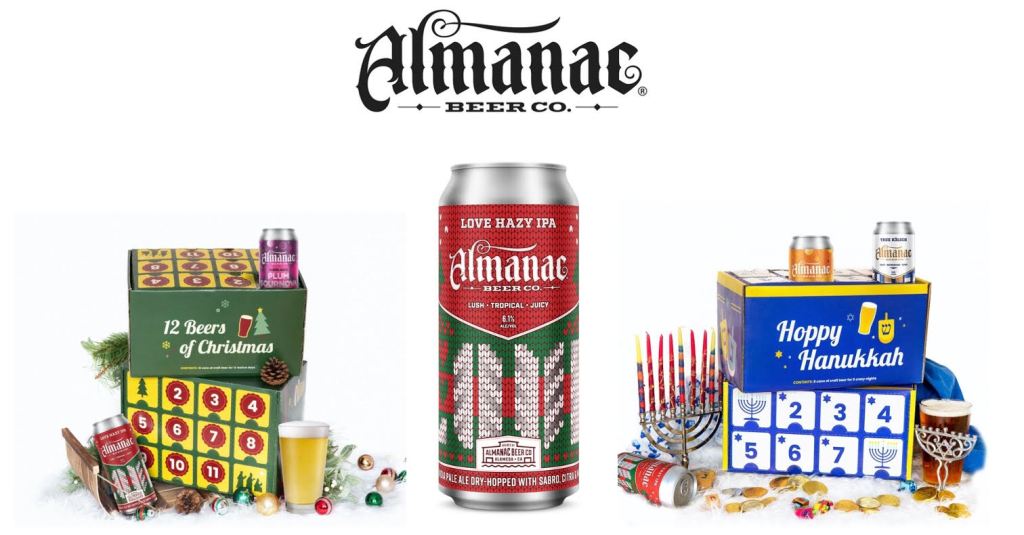 Every year, I include an ugly sweater in this guide, but for 2020, I’m adjusting this for an … ugly sweater beer (though this Baby Yoda sweater on Merchoid is pretty sweet). In this year of COVID-19 anxiety, good beer has been a godsend. One of the local breweries I’ve discovered is Almanac Beer Co., which crafts its beer in what used to be an aircraft hangar in Alameda, California. I’ve been drinking its fresh-hopped hazy IPAs and Kölsch since the spring, and when I got an email about the Ugly Sweater Love Hazy, I had to give it a try. The brewer said it’s made from “a simple pilsner malt and rolled oat base, and double-dry-hopped with tropical Sabro, Citra and Mosaic hops.” Almanac’s hazy beers tend to take the bitter edge that turn some away from IPAs, and the Ugly Sweater has that same smoothness.

Almanac is also doing holiday boxes for Christmas (12 beers) and Hanukkah (8 beers). You can get the Ugly Sweater or another fresh-hopped, the Fruit Cobbler ale (it tastes like pie), the Plum Sour (which has a pleasant balance of sweet, sour, and bitter), or a Boost Coffee Stout (the best such stout I’ve ever had). And the cans are 16-ounces and bedecked in holiday graphics. 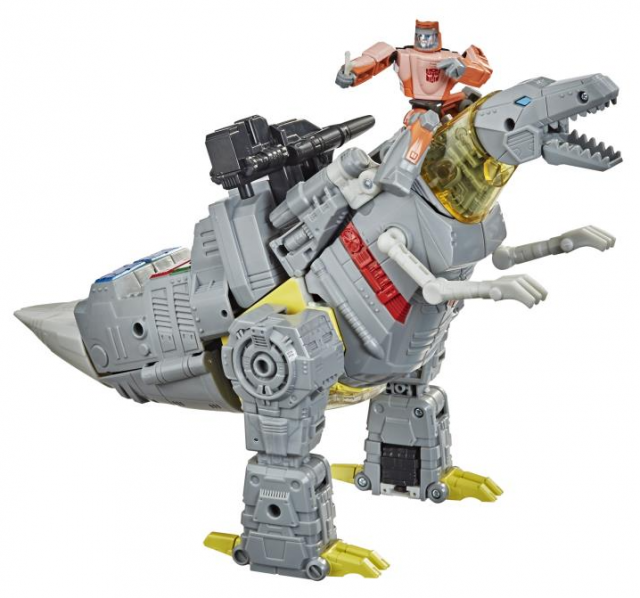 Above: Me Grimlock wants to smash your holidays.

Hasbro’s Studio Series line of Transformers have focused on bots from the live-action films. That changes with this cool toy of Grimlock, the leader of the dinobots. It’s a package with him and Wheelie from the 1986 Transformers animated movie (you know, the one that scarred a generation of kids by killing Optimus Prime). When I was a kid, I had two favorite Transformers: Soundwave and Grimlock. Heck, I took Grimlock everywhere with me. The boxes come with display stands, too, and this one shows the scene where the Dinobots and Wheelie storm into the Quintesson’s trial of the Autobots they had captured. Grimlock kinda made a mess of things, and joyous chaos erupts.

But please remember: This is a preorder. But I think we geezer geeks are mature enough to deal with some delayed gratification.

One of the many reasons why I love my wife so much is because she’s always on the look-out for cool new board games for the family to enjoy. Earlier this year, we got Here to Slay, which she had backed on Kickstarter. It’s from Unstable Games, the folks behind Unstable Unicorns (another game the Wilson household loves). It’s strategy card game. You play as an adventurer, and to win, you and your merry band of cute warriors (and wizards and bards and so on) either have to slay three monsters or assemble a full adventuring party. As you play, you can use potions and challenge cards to interrupt the other players. And the art is cute as all get-out.

Where to buy: Unstable Games | Your local game store 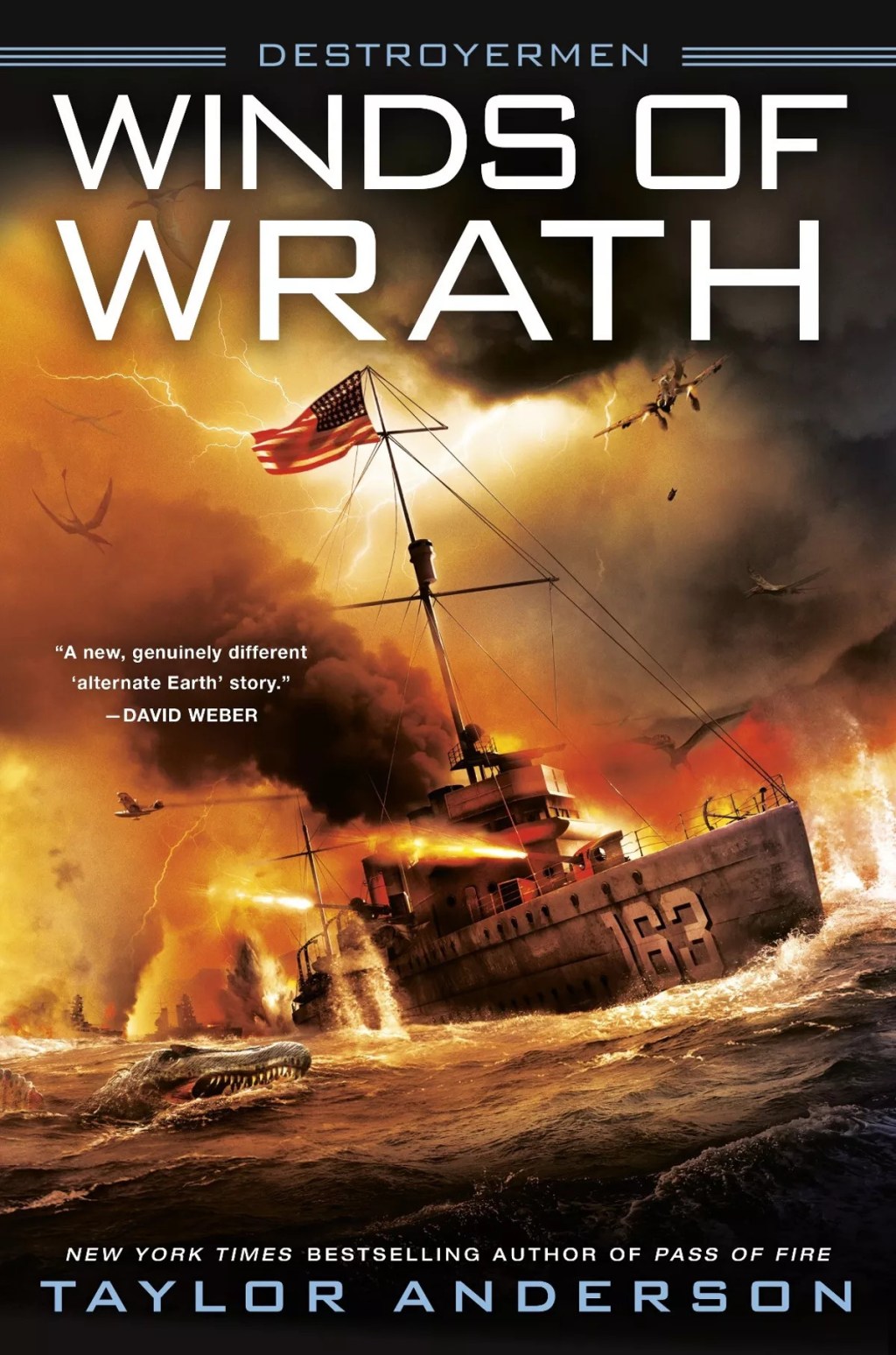 I adore stories about alternative Earths, and boy, howdy, is this one different. The Destroyermen series is about the crews of two U.S. Navy Wilkes-class destroyers (these are old, worn-out World War I vessels) that disappear into a weird squall during the Second Battle of the Java Sea … and enter a world in which the great Cretaceous extinction never happened. There, they find the two species of humanoids, one peaceful and descended from lemur-like primates, and another that look like an evolved, intelligent form of velociraptor called the Grik … that want to eat every Lemurian they can find. And the humans enter the war on the side of the Lemurians, finding common bonds and adapting to the brutal ways of this world. As the series expands, these Navy refugees find that they’re not the only ones with advanced technology on this world, as they make disturbing discoveries.

Author Taylor Anderson is a historian, and he applies a deft understanding of the technologies he writes about (from swords and shields to World War II aircraft carriers), and in my opinion, he’s assembled a fantastic, compelling cast of characters and cultures in his 15 books. I’m reading Winds of Wrath now, the most recent release in the series. If you’re looking for some fun books with interesting world-building to help you get through our worsening pandemic, and you have a love of military history, give Destroyermen a try.

Where to buy: Amazon | Barnes & Nobles | Your local independent bookstore 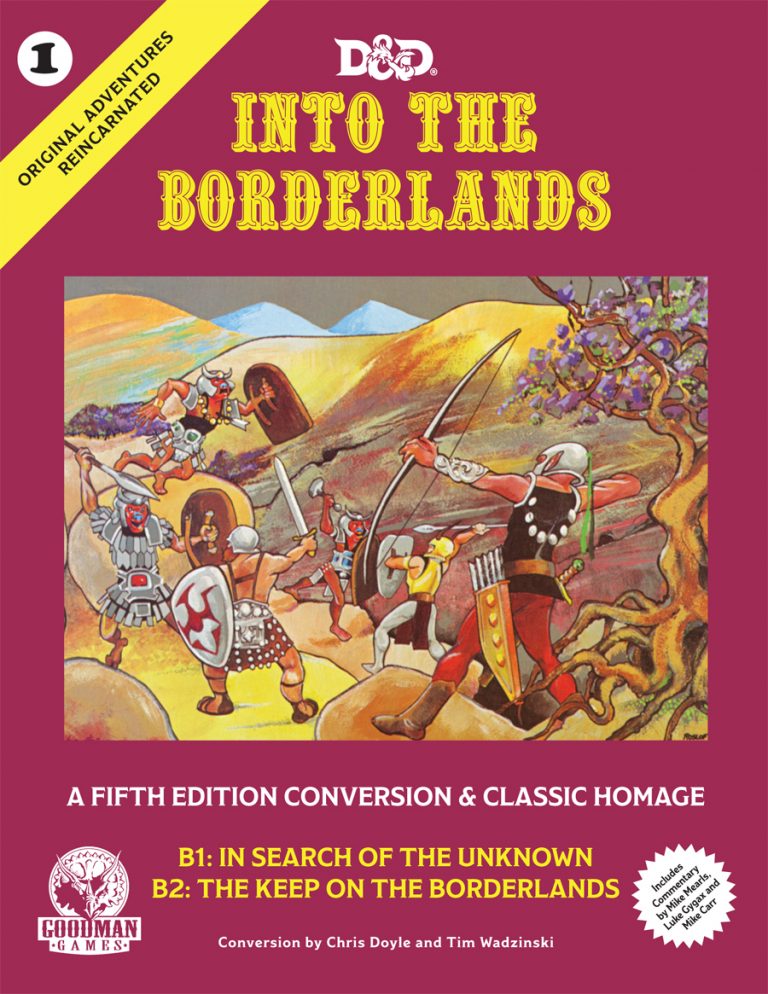 March’s pandemic quarantine was the ideal time for me to teach my kids how to play Dungeons & Dragons. And they got hooked. After we completed an introductory adventure, we took on Goodman Games’ Into the Borderlands, a remastered version of classic D&D modes In Search of the Unknown and Keep on the Borderlands. I adapted it to pick up where we left off with our intro adventure, taking an NPC from that story and dropping it here as one of the big bads. And that’s one of the best parts of how Goodman Games’ designers approached remastering these 1st Edition modules — update them for 5th Edition, but keep the openness that in part made them beloved (and noteworthy) bits of D&D lore. Goodman Games have remastered other 1E classics, too, such as the Isle of Dread, The Lost City, and one of the most famous original D&D adventures: Expedition to the Barrier Peaks.

Where to buy: Goodman Games | Your local game store