At the end of your tether, you even consider going to one of many sites on Google to buy Twitter followers! Please don’t buy fake followers — we have an alternative for you.

One thing that you might be aware of is that there is now a booming Twitter growth industry, but it’s not all sunshine and rainbows. In fact, there are a lot of Twitter bots and growth companies out there that promise their clients everything but come up with nothing when the rubber meets the road.

This means that you cannot only be taken advantage of in terms of your budget, but you can also have your personal information stolen as well. Navigating an industry like this is difficult at best, which is why it’s worth knowing about the right companies that really take care of their clients. It’s also helpful to be in the know when it comes to the right Twitter growth strategy for your profile. Let’s talk shop.

What is social proof? 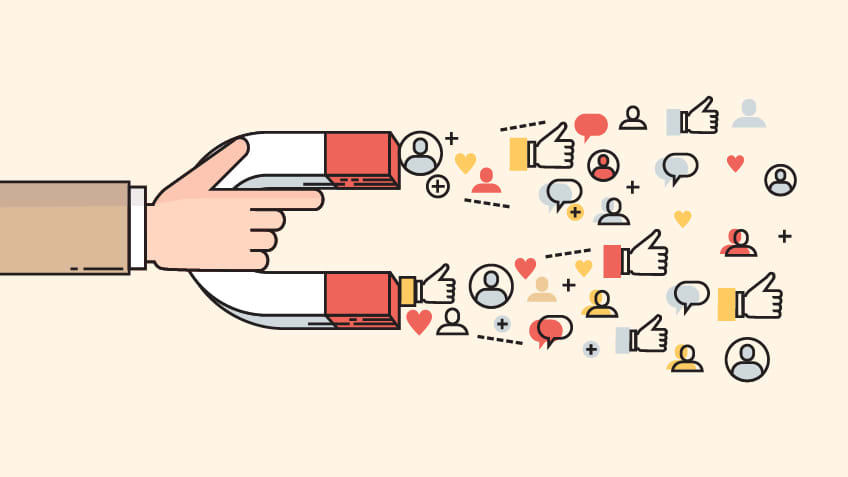 Social proof is the idea that somebody out there online has more knowledge of a particular subject than you do. It involves an entire community leaning towards them when it comes to a particular category they want to know more about or be entertained by.

Social proof is so effective because we as humans are super social and are very easily influenced by the people around us. Social proof is just one of a few different principles of influence, and as you might already know, it’s the most popular one when it comes to being online.

While the other principles of influence are important if you are a brand and you are trying to gain more exposure for it on social media platforms like Twitter, social proof is by far the most valuable. However, all of these principles can come together at times to influence how a brand is seen on Twitter, which is why most brands incorporate all of them into their marketing strategy.

Reciprocity like this makes the social media world go around, and it gives your Twitter profile a lot more authority. One of the most common forms of social proof is through testimonials.

The reason why social proof is so effective is that you are more likely to believe that something is worth your money if customers similar to you are raving about it. Another form of social proof is someone’s follower count on platforms like Twitter. If you have a high follower count, then you are much more likely to draw more interest to your content and grow it as a result.

If you’re going to try and grow your Twitter profile the hard way, then you need to be able to set a lot of time aside to put into it. This is because not only do you need to be consistent with your tweet uploads, but you’ve also got to achieve the right aesthetic that’s going to attract your target audience.

You also need to know how to optimize your Twitter content, including working with a tool such as Task Ant 🐜 to put out the best Twitter hashtag strategy for it.

While you might think that this is a walk in the park, it’s not. With all the competition out there, it’s actually pretty tough these days to get technical when it comes to your hashtag strategy so that you can find the perfect list by yourself to attract the right Twitter followers. Once you’ve done all of this for your Twitter profile, you’ve got to make sure that your audience stays engaged and doesn’t get bored with what you are doing.

So, you’ve learned about how you can get your Twitter followers the hard way, which, of course, is going to take up a lot of your time and effort. Or, you could rely on a company like Twesocial. If you want to buy real Twitter followers for your Twitter profile, and you don’t want to use a Twitter bot, then we highly suggest that you check out Twesocial.

Buy Twitter followers the right way by using Twesocial, which offers each and every client a personal account manager who can help them organically grow their Twitter followers so that they don’t need to rely on a Twitter bot or purchasing fake followers elsewhere. If you are relatively new to the Twitter growth industry, then you won’t actually know how rare this is.

Twesocial is dedicated to its clients and has been for a long time. This is because they have seen a lot of people try and fail when it comes to their Twitter profiles, and they’re just as jaded on the industry as you are. They know they can help their clients buy Twitter followers without having to compromise on quality or authenticity, and they even offer advanced targeting, which means that you can focus on your specific target audience.

So, why is Twesocial different from other Twitter growth services and bots out there? Because when you buy Twitter followers from other companies, they connect you with accounts that never engage or post on the platform. They might make your follower count look good for a little while, but ultimately they’re going to bring your engagement rate down and not have anything to do with the content that you put up. Twesocial, on the other hand, is a growth service where you can buy real Twitter followers that are not only going to make your follower account look good on Twitter but are going to interact with your tweets and increase your engagement rate consistently.

Why a growth service is better than buying fake followers

High-quality growth services like Twesocial always make sure to stay well within Twitter’s parameters around using a third-party, which means that there’s no way you can get in trouble for using them. Their engagement is highly targeted, and they keep your account safe while they grow it.

Buying fake followers is going to give you overnight success, but it’s not intended to last. The companies that sell fake followers know this, and they are only in this industry to make a quick buck, before quickly disappearing again. Fake followers will boost your follower count temporarily, but they aren’t going to do anything for your content, and your engagement rate will stay the same.

We totally understand if you are tempted to go down this road as it makes your Twitter profile look good momentarily, but in the long run it’s much better to use a growth service like Twesocial for all of your Twitter engagement needs.

The bottom line is that purchasing Twitter followers is going to result in low-quality, spammy, fake engagement that has nothing to do with your industry. Another thing that is quite alarming is that most of these companies aren’t really concerned about the security of their clients’ online activity either.

This means that they will ask for your personal information, but they won’t encrypt it, so there’s a very high chance of it getting hacked.

Low-quality, fake Twitter followers are going to do more harm than good when it comes to your Twitter profile and its growth in general. This is because for most people out there at this point on Twitter, it’s pretty easy to spot when someone has low-quality engagement on their Twitter profile.

They will have a really good follower count, but they will have almost nobody engaging with their tweets. This comes across as very off-putting, and you’re not going to get anyone interacting with your Twitter content.

A lot of the time, when you buy Twitter followers from companies like this, they will also drop the ball when it comes to delivery and retention rate. Some clients claim that they never even received their Twitter followers, and others say that a lot of them dropped off after just a couple of days.

Of course, if you are trying to be taken seriously in the world of Twitter, then this is the last thing that you need. Thank goodness for reputable, reliable companies like Twesocial.

What to look out for in a real Twitter follower company

Along with having everything that you need to buy Twitter followers for your account that is going to enhance it, Twesocial also comes with all the basics when it comes to their website and security measures.

They are the gold standard of the Twitter growth industry, which means that we can learn a lot from them about what to look out for when trying to find a reliable growth service for your Twitter growth. Let’s talk about the different traits that a company needs to pass the test.

So, as you can see, there are two main ways to acquire Twitter followers. The first is to develop a drawn-out Twitter strategy and then execute it over a matter of months or even years. The second is to buy Twitter followers that are real, targeted, and are grown from a highly reputable growth service like Twesocial.

The first option is going to require a lot of your time and effort and honestly might never bring in the results you need. However, the second method is going to improve your Twitter social proof in just a few easy steps. If you are jaded on the world of Twitter, and you want to stay away from companies that sell fake Twitter followers, buy your Twitter engagement through services like Twesocial or Tweeteev, today.

The product recommendations in this article are made solely by the sponsor and are not recommendations made by VentureBeat. Sponsored articles are content produced by a company that is either paying for the post or has a business relationship with VentureBeat, and they’re always clearly marked. Content produced by our editorial team is never influenced by advertisers or sponsors in any way. For more information, contact sales@venturebeat.com.